I love a good puzzle game. The thing about puzzlers is they’re usually full of interesting mechanics. We’re generally talking about very simple things too. I mean, who thought a bunch of falling blocks would captivate the world for thirty-odd years? At the most basic level, sticking a bunch of letters or numbers into a grid can be extremely satisfying. My point is the building blocks can be as basic as you like, it’s all about what you do with them. This little thought leads me nicely into the game we’ve got our eye on today. It’s called Tandem: A Tale of Shadows, and it’s taking some fairly simple ideas and doing wonderful things with them. Excitingly, this is also a preview so we can look at it together before it comes out.

In Tandem: A Tale of Shadows you take the role of a little girl called Emma, who along with a super-intelligent teddy bear called Fenton find themselves in a haunted Victorian-era Mansion. Using your puzzling skills you must aid Emma and her new friend in solving the case of the mysterious disappearance of a little boy called Thomas Kane. The mansion is not a safe place; the two will need to help each other if they are to come away unscathed. 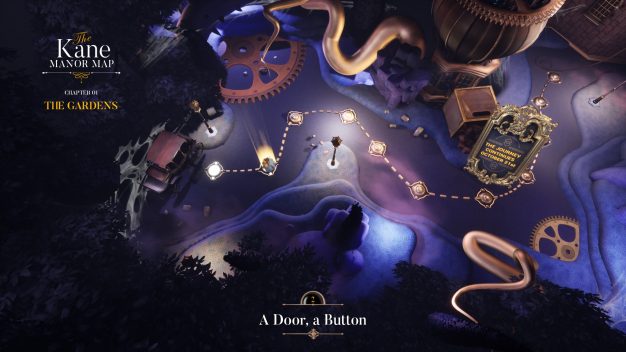 Welcome to the mansion.

Tandem: A Tale of Shadows uses some really interesting mechanics to make the puzzles you’ll face really challenging and fun to solve. There’s the usual fayre of hitting switches, moving blocks, and the like but how you go about it is what makes Tandem so much fun.  This is a game of perspectives and light play. Emma and Fenton look at the levels in different ways and this is how you solve the myriad of puzzles that you’re being faced with. 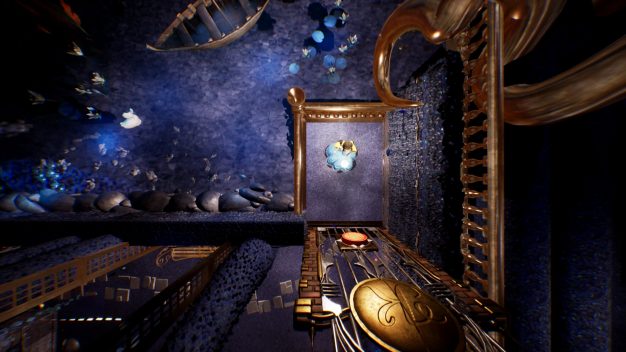 The world is as gorgeous as it is deadly.

When playing as Fenton the bear your platforming skills will come into play as he jumps around the area hitting switches that Emma wouldn’t be able to touch. Emma takes a more isometric approach with the game switching to a top-down view when you’re using her. She is critical to helping Fenton move about his world safely. The darkness has its own perils and falling from one of those platforms is likely to lead to a somewhat spiky death for the sentient stuffed toy. Thankfully, Emma has a lantern, and Fenton has a very interesting little ability. 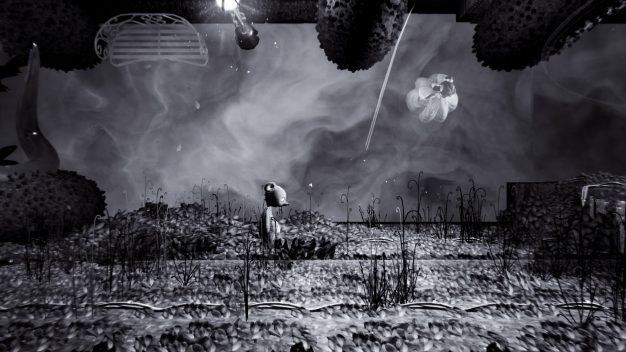 Fenton can walk on shadows as if they are platforms of their own. Emma will need to position herself correctly so that the shadows cast by her light create bridges for Fenton to move along. We have to remember that a two-foot-something cuddly toy isn’t going to have very long legs. As a result, he isn’t going to be able to jump very far either.  You have to think ahead a little bit when you’re helping Fenton move about. You can’t leave him standing on shadow and move Emma, he has to be on a solid surface before you can move on. Equally, if Fenton is blocked by shadow, (it’s cast over him,) he can’t move, so there’s a bit of thought necessary there too. It’s not just a case of moving Emma to accomplish these tasks. There are elements of the levels that will need repositioning so that they can cast their own shadow. This means Emma can manipulate light sources from elsewhere if needs be. 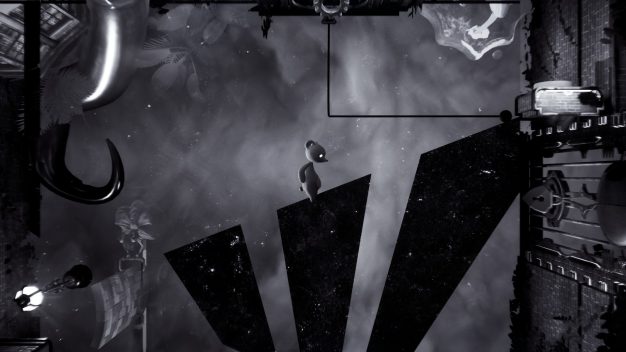 On the other hand, in Tandem: A Tale of Shadows, Emma’s world is full of its own dangers. These range from traps to deadly creatures and you’ll have to be sure she’s safe before she can help her little buddy. In the last level of the demo I played, critters of the eight-legged variety were introduced. You have to think a bit more carefully when the hazards you’re facing aren’t static. There’s no use moving Fenton about if Emma is being turned into spider food. This really is a game of cooperation and it’s something that I genuinely appreciate. 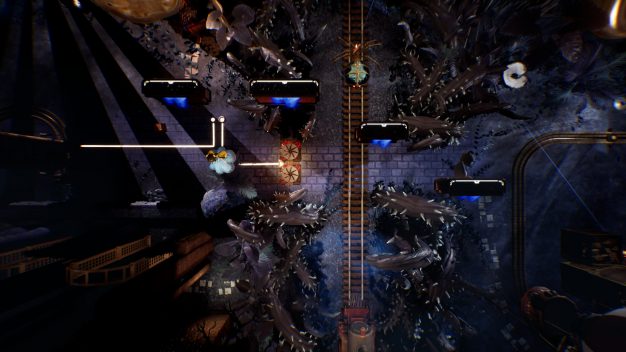 Why is it always spiders?!

To put things very simply, I love this game! The story is whimsical, adorable, creepy, and unnerving all at the same time. Tandem has been classed as Tim Burton-esque and I can completely see why. The graphics are absolutely gorgeous and you really feel like you’re playing through an animated movie. I’ve only had a taste of what Tandem is going to be offering but I can’t wait until October when this title is released and I’ll absolutely be playing it in full then. At the same time, I’m really looking forward to involving all of you in my little adventure. If this is just a taste of things to come I have very high expectations and if they’re met this will likely appear quite high in my list of favorite games this year. Stunning stuff!

Incidentally, should you want to know more about Tandem: A Tale of Shadows or like the idea enough to pop it in your wishlists. You can do that here. At the moment you can actually have a go at the demo yourselves so you can even see what I’ve been babbling on about. This is definitely worth looking into for puzzle fans, even if I do say so myself.