Terraformers is a roguelike colony builder from developer Asteroid Lab and publisher Goblinz Publishing. The mission is to transform Mars into a habitable world while balancing the demands of your citizens and ensuring you have the necessary resources to keep growing your colonies. I personally love colony builder games and while I am not the biggest fan of roguelikes or too many roguelike elements, this one works for me. So as Terraformers heads into Early Access, is it set up for success? 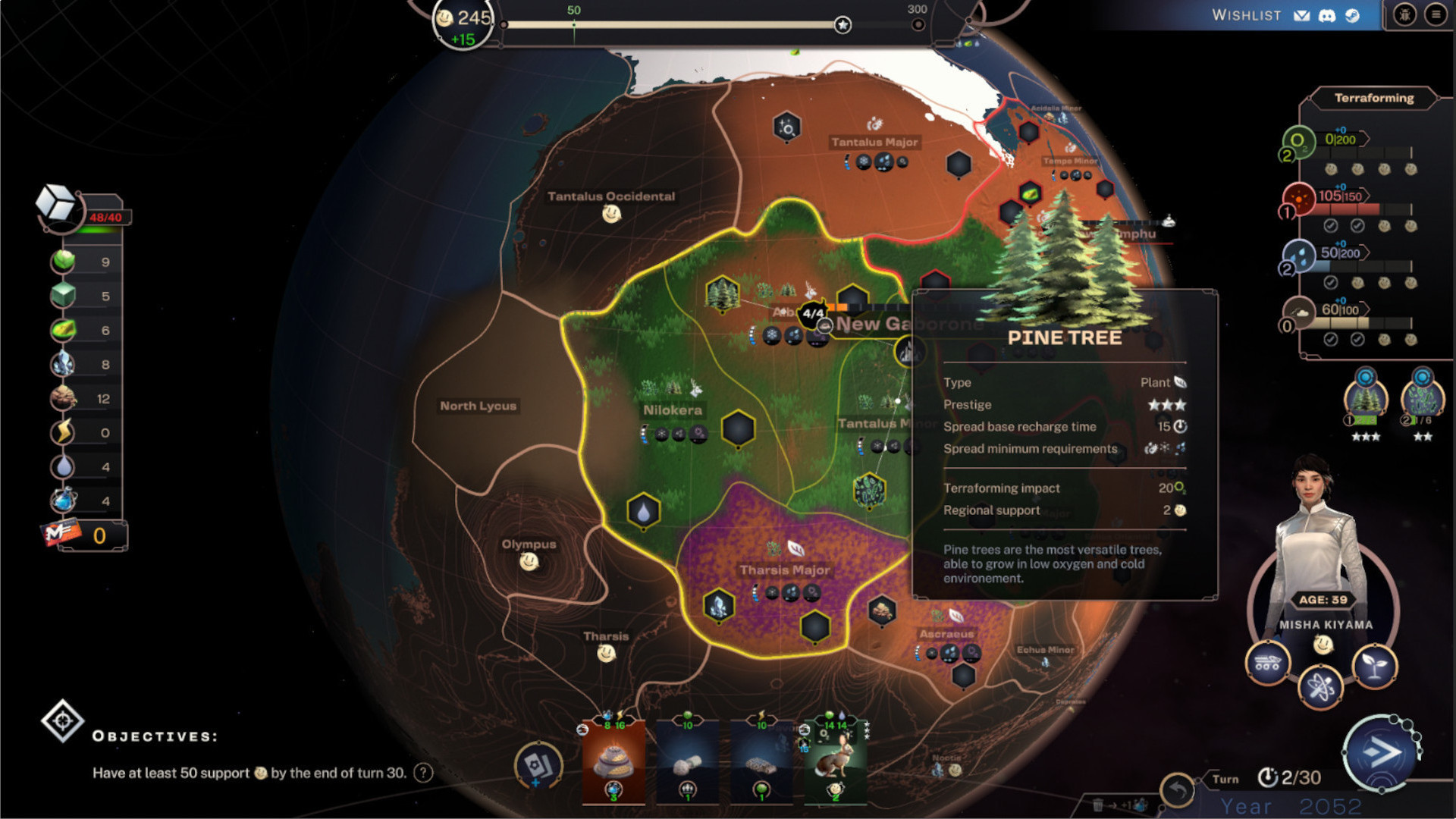 Based on my several playthroughs, I think developer Asteroid Lab has a solid game on their hands that can be appealing to casual players as well as those who want to min-max their gameplay.  Thankfully, Terraformers offers a tutorial campaign to get you started, learning the ins and outs of the games systems and interfaces. While you will still need to learn some things as you play, the tutorial sets you up for success for progressing through the different scenarios. These scenarios will offer a variety of different parameters for you to complete your objective (ie, colonizing Mars), like more demanding citizens and/or a focus on resource production. You win the scenario by accumulating enough victory points outlined by each scenario, which are weighed and tabulated accordingly per each scenario. 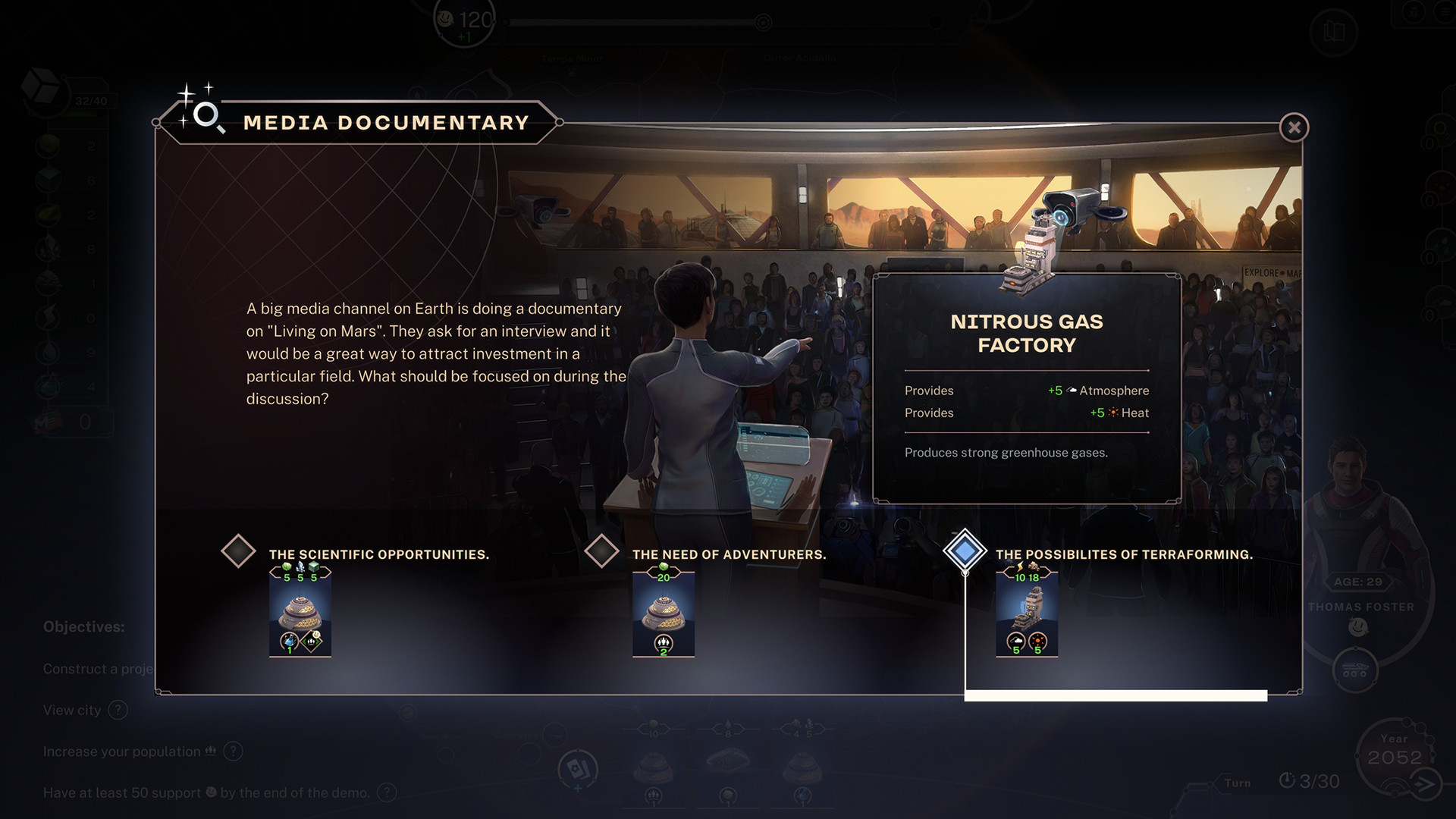 Every game will start you with a city and the need to select a leader. Leaders offer different perks and abilities, so you will want to plan accordingly on who makes the most sense for the next 10 turns. After 10 turns, you will elect a new leader, and so on. New leaders can be unlocked by completing scenarios. You will also have some research projects that you can select one of at the beginning of each turn. These projects include buildings for your city, buildings for annexed land outside of your city, or satellites that offer different perks or bonuses. There is a maximum number of projects you can have underway, so plan accordingly. Eventually you can unlock buildings that give you more projects to select at the beginning of each turn, as well as reserve projects. 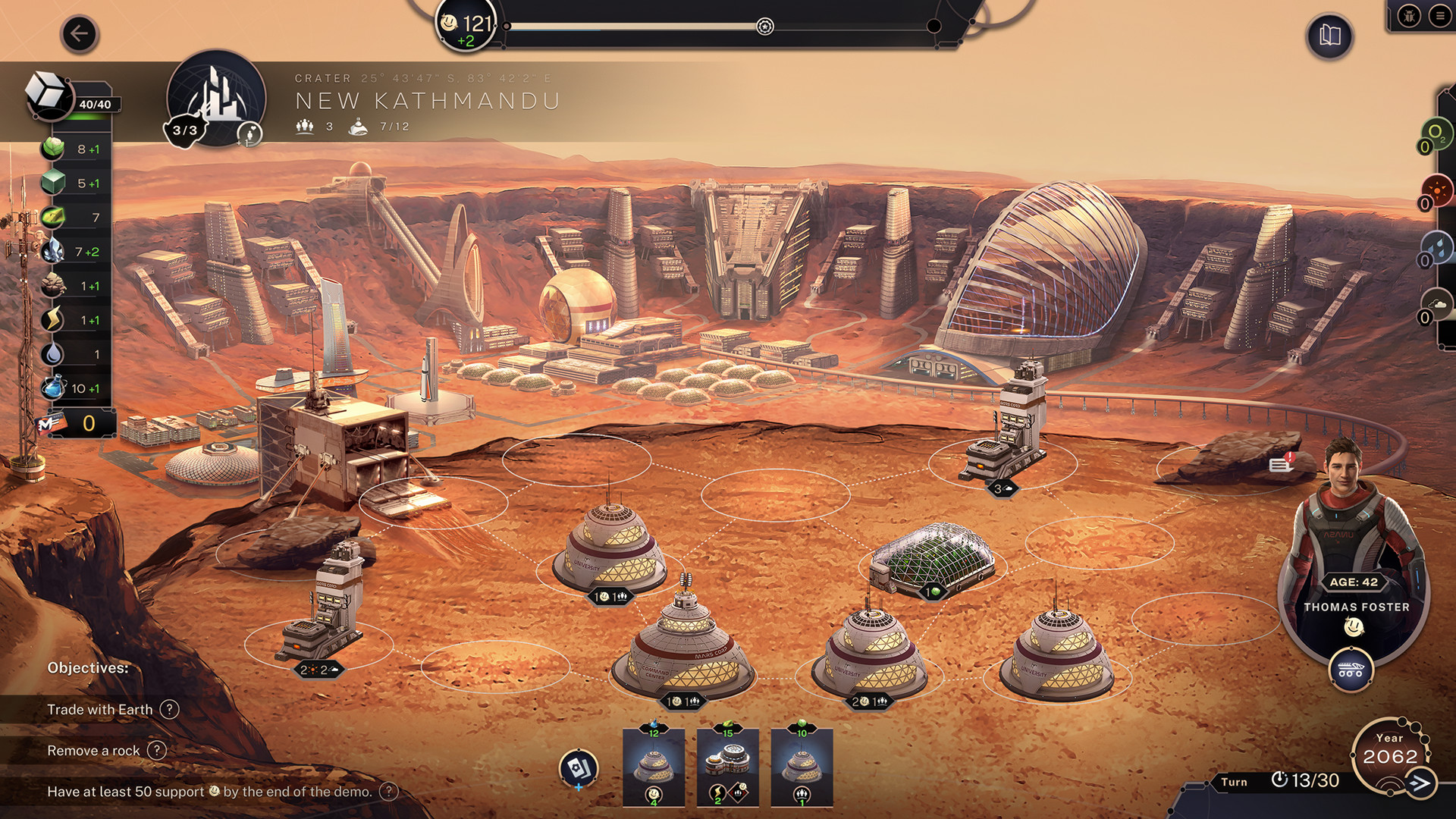 Each turn also allows you to take an action with your leader. A good chunk of this will be exploring new regions of the map. These exploratory trips not only give you an idea of resources around your city that you can collect but also allow you to find regions that can be converted into new cities. Eventually, you will have multiple cities that can specialize in different gameplay mechanics to reach your ultimate goal. 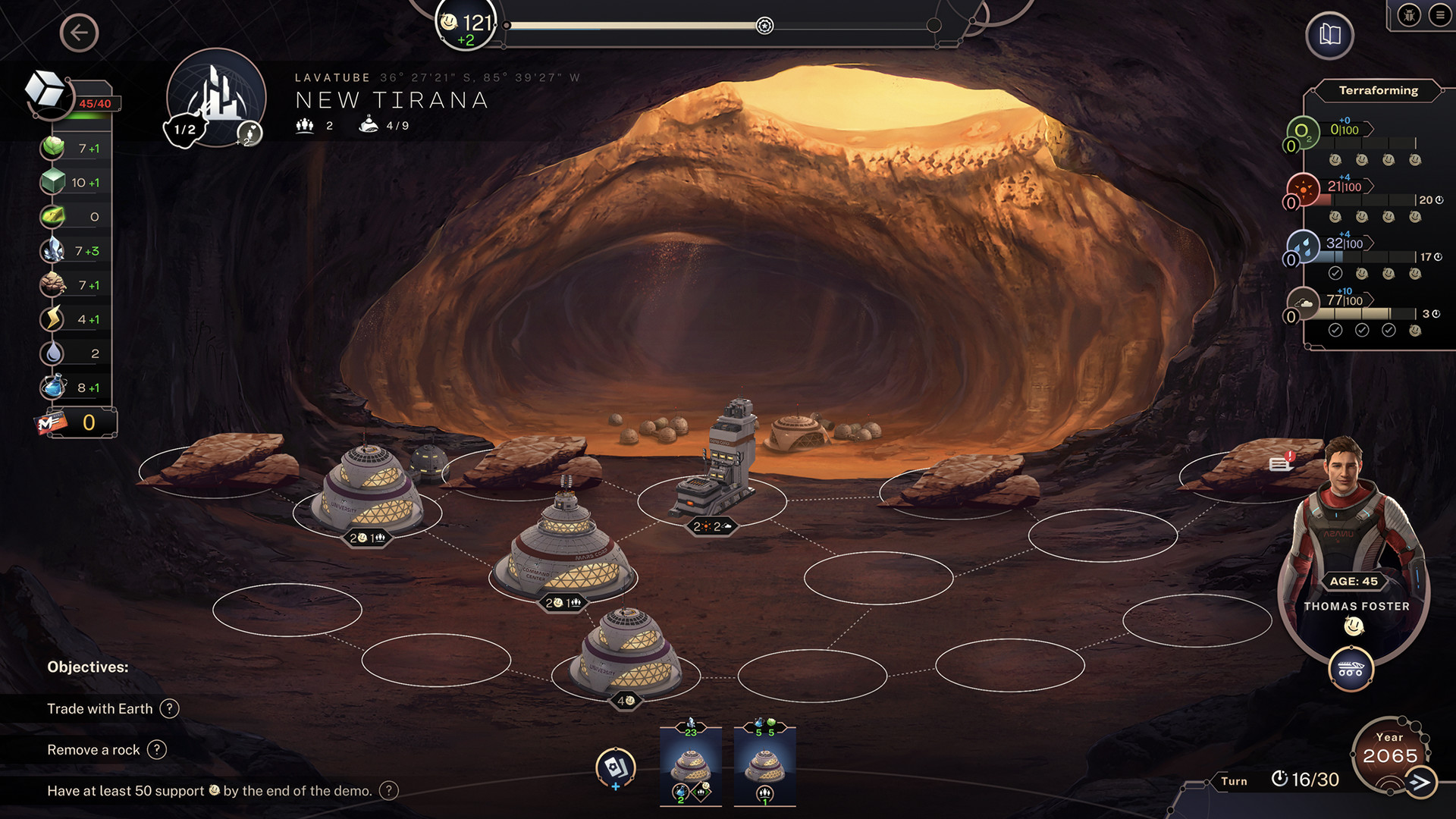 It all sounds complicated, but it really isn’t. I think the biggest challenge in Terraformers is keeping your citizens happy. They continually ask for more and more, so you’ll need to consider buildings that can make them happy on top of your other ambitions. There are museums, pools, and other buildings that can add support if placed in the correct area of your city. You can also elect a leader who can give one turn boosts to your support levels if things are looking dire. 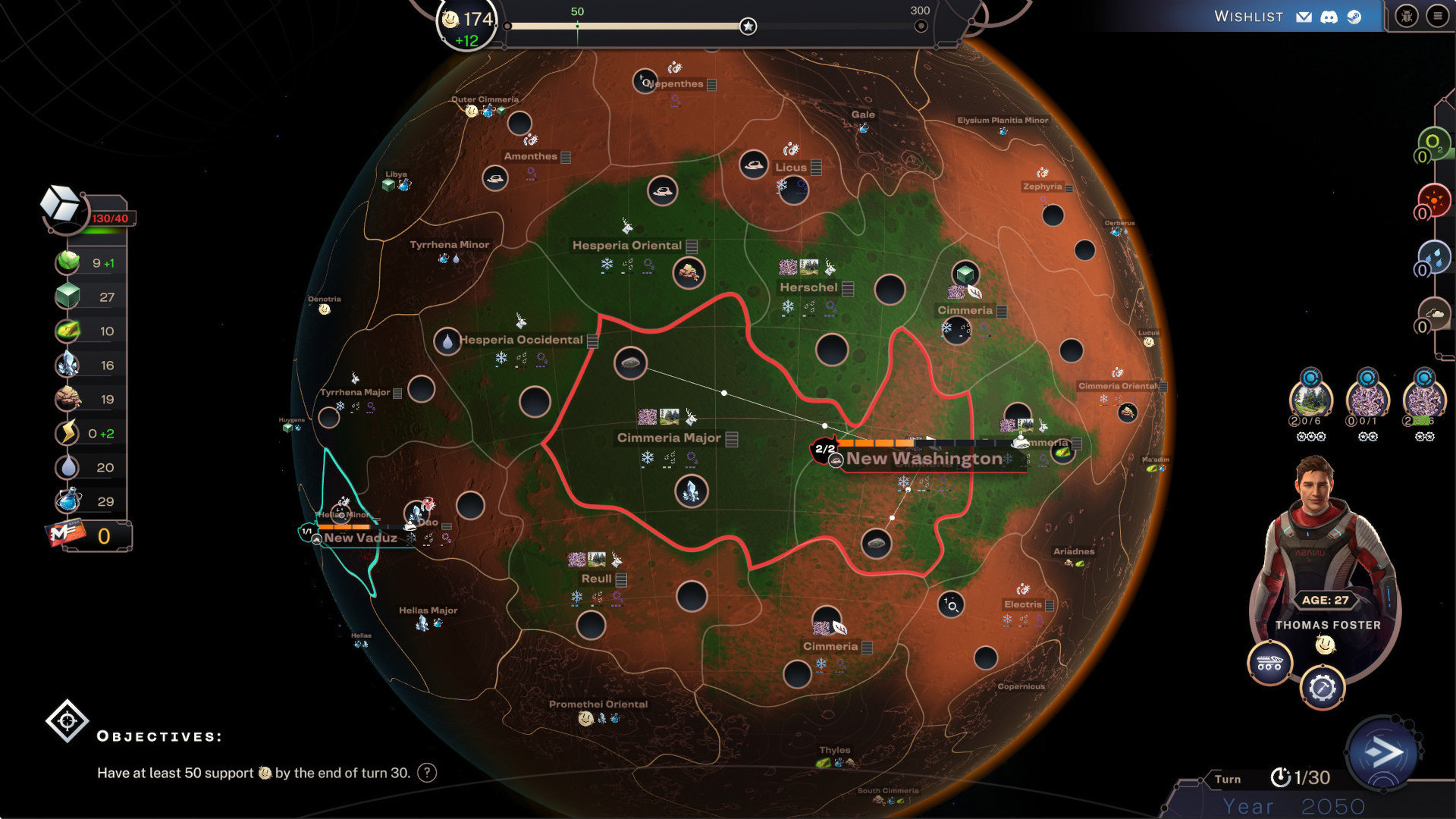 Graphically, this game looks like it could run easily on most machines. There are 2D and 3D elements working together nicely as you navigate a 3D planet and zoom in on your 2D hand drawn cities. The interface is clean and easy to read/navigate. I can see this working well as a tablet game in the future (I’m sure they have this in the works, right?). The sound effects beep and boop like any futuristic game, and I appreciate the chill soundtrack.

Overall, I think Terraformers is a promising game as it heads into Early Access. If you like games like Stellaris but want things toned down a bit regarding its complexity/breadth, this is a great alternative. Sometimes you just want to move at your own pace in a colony builder, and Terraformers can do just that.

This preview is based off a copy of the game provided by the publisher.