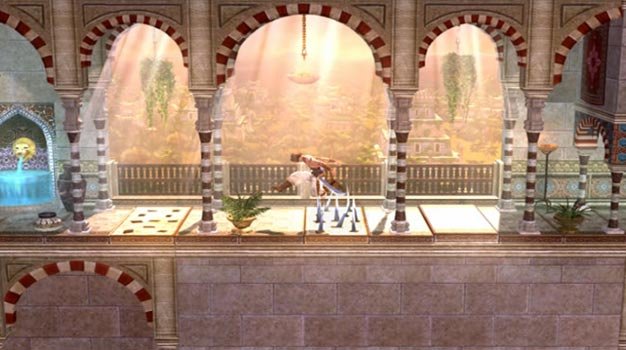 Prince of Persia: Classic is the remake of Jordan Mechner’s original 1989 PoP title. Released via XBLA and PSN in 2007, Classic was warmly received by critics and gamers alike, one of the first downloadable games to add a little HD sheen to an ageing, yet seminal title.

While it is known that Classic will be bonus content for The Forgotten Sands, it is still unknown whether the game will be part of the disc, included on a seperate disc, or available via a download code. What is apparent, however, is that it isn’t just a perk for the special edition. According to the listing, Classic is part of the vanilla The Forgotten Sands release.

Elsewhere, the BBFC listing also reveals that The Forgotten Sands features a healthy 90 minutes worth of cut-scenes.

The game was dated for a May 18 release earlier today.