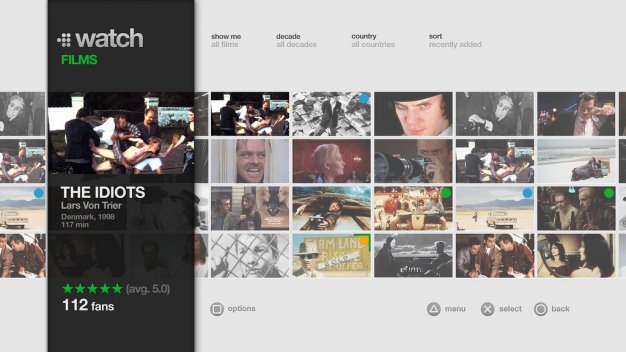 Sony have joined up with MUBI to bring the cineaste’s movie streaming service to PlayStation 3.

MUBI is an online service that specialises in curating the best in classic, indie and world cinema. So instead of the latest blockbuster fare spewed out by XBL and PSN, MUBI promises to be the place to find films from the likes of Fellini, von Trier and Kurosawa. Because sometimes, just sometimes, you can get bored of watching robots hit each other.

“MUBI will be a free, downloadable application that gives PS3 owners the key to the ever-expanding film library of MUBI – an incredible online ýcinematequeý for movie lovers, packed to the rafters with acclaimed independent, foreign and classic films to stream on demand,” says the breathless press release.

There’s some nifty social-networking malarky to go along with it too, so fingers crossed you’ll find that girl that likes Killzone 2 and Guillermo del Toro. Or, y’know, you could just stalk Scorsese.

The service launches this Autumn in UK, Ireland, France, Italy, Iberia, Germany, Austria, Switzerland, Benelux, Nordic countries, Australia and New Zealand with an initial line-up of 300 titles and the promise of many more to come.