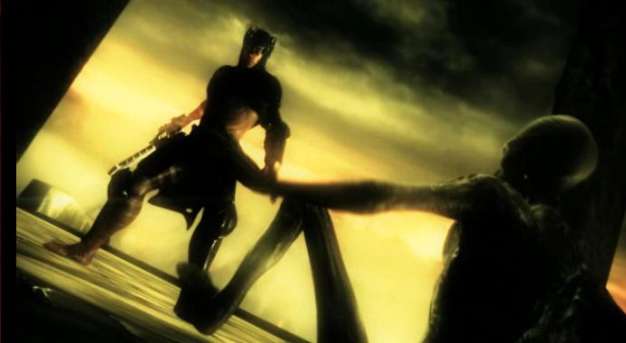 In 2008 EA announced it was making a game based on the first part of The Divine Comedy written by Dante Alighieri called Dante’s Inferno. It will be a third person action game that will follow Dante through the nine circles of Hell as he looks for his lover. How he will go about doing that is detailed in the latest issue of PSM3 magazine. PSM3 did a feature on Dante’s Inferno and describes it as being a cross between God of War and Dead Space.

What makes Dante’s Inferno so similar to God of War is the combat style. It utilizes a combination of swift and strong attacks that are mapped to the square and triangle buttons on the PS3 controller. Enemies can also be hurled into the air and juggled in a Kratos influenced style with relative ease. Fallen enemies and opened treasure chests leave behind colorful orbs, and there’s even some quicktime button presses sprinkled about.

We imagine the Dead Space similarity is the disturbing creatures we have to fight through in the nine circles of Hell. Perhaps they will change appearance based on limbo, lust, gluttony, greed, anger, heresy, violence, fraud and treachery. Dante’s Inferno may not be released until 2010 so this information will have to do for now.