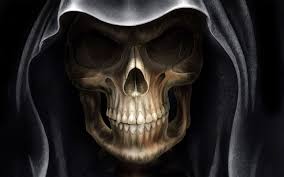 The Question of the Week time has come round again. For those of you that didn’t catch the last one, it’s just me asking random questions to my good buddies in the TVGB office and trying to get a reasonable answer. This week I’ve asked them to list their favorite game in which you get to be the bad guy. We don’t get nearly enough chance to play the villain so it’s always a refreshing change when we do.

A little disclaimer before we get going. The entries below stand a very good chance of containing spoilers for their respective games. If you don’t want anything ruined for you just skip past that entry. Right, that being said let’s get on with it, shall we?

Star Wars: The Force Unleashed features the adventures of Galen Marek, aka “Starkiller,” Darth Vader’s secret apprentice. The story takes place between the events of Revenge of the Sith and A New Hope but is not canon. The game opens with the player taking control of the Villain of Villains, Darth Vader. Starkiller becomes the main protagonist from there, operating as Vader’s covert operative and gradually becoming tremendously powerful with the force. Combat in this title is far less subtle than in Jedi Fallen Order. As Starkiller becomes deeply entangled in a political plot between Vader, the Emperor, and the Rebellion, the player is ultimately left to choose for themselves: dark side or light?

My favorite game in which to play the villain is Fallout: New Vegas. Unlike most games that let you choose your faction, New Vegas has several options for any level of morality, and you can freely choose the way you want to go. If you want to join the villainous faction trying to take over the wasteland, you can do that. If you want to screw everyone and take control for yourself, you can do that too. No punches are pulled when it comes to freedom. As with other games of this sort, there are going to be some limitations, but for the most part you can do whatever you want. I tried to be evil in Fallout 3 just for fun, but no matter what I did, the plot was exactly the same. Not so in this follow up; you really feel like the villain in New Vegas because the ending is what you want it to be.

Obviously this is a player choice as you don’t come out of the vault hellbent on destroying the world as your main quest. After doing all I could as a good character, I re-rolled a new character and played as a purely evil madman. My first objective was to align with the residents of Tenpenny Tower and set off the big one in Megaton. Watching that sucker go off from the top balcony of Tenpenny is one of the most villainous things I had ever done in a videogame.

In Breath of Fire IV, a character named Fou-Lu is introduced and is playable at many points throughout the game. He is playable by himself, and you soon later find out that he is one of the dragon gods, which makes sense with his crazy stats and the way he dispatches waves of enemies so easily. Playing as Fou-Lu acts as a contrasting experience to the one Ryu (the protagonist) experiences with his friends: his dragon race is persecuted by society and all of his loved ones who aren’t even dragons and just wanted to help him are killed senselessly. Your short little playtime bursts with him really make you understand why he becomes the final boss of the game. He wants to merge with his brother, Ryu, and obliterate all living beings for being wicked.

The protagonists of GTA 5 are not what you’d typically call heroes. They’re mean, a little racist, and are constantly breaking law after law with no regard for the safety and well being of regular citizens. It’s amazing. The game really just throws you out there, with no real punishment for going absolutely bonkers and shooting everything in sight with a bazooka. You can do everything from steal random cars on the street to run a full-fledged drug ring. It’s great for loading off steam. There is not a single character in the game I’d actually want be friends with, and that’s the whole point.

One of my favorite gaming experiences involves unknowingly playing the villain, and that game was Heavy Rain. One of the characters that the player controls, private detective Scott Shelby, is actually the killer that everyone is searching for. His playable portions involve covering up his tracks from his previous murders which were a genius move in my opinion. It’s also a situation in which he comes off as an extremely likable and considerate individual until it’s revealed that he’s the murderer. This is how I prefer my villains. I want to feel conflicted about them.

If you’re talking about games in which you get to be the baddie, Dungeon Keeper and its sequel have to be mentioned. It’s weird to think that some of you might only really know the god awful mess that this franchise became. Back when Bullfrog had it, it was absolutely well worth playing.

As the name suggests you are allowed to build your own dungeon and then kill off any would-be interlopers deciding to have a bit of an explore. The world is a nauseatingly happy place. A bit of misery and death is definitely the order of the day. This is a fun, strategic title with dark humor aplenty. You can also find both Dungeon Keeper Gold and Dungeon Keeper 2 on GOG so no reason not to have a look.

So that’s that for another week. I’ll be back at a similar point in seven days when I’ve come up with another question worthy of the team’s attention. Until then you’ve got a bunch of new games to look into if you haven’t already. You never know, you might hit gold.