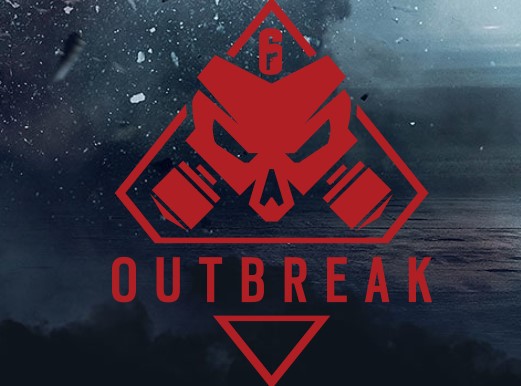 Tom Clancy’s Rainbow Six: Siege is an incredible game. Not too long ago my playtime in R6 overtook my playtime in Dota 2, a pretty staggering feat. Anyone who’s played the game knows that Siege shines in a few key areas: the incredibly tight shooting, the highly destructible maps, and the intense, adrenaline-pumping matches.

Why then did Ubisoft decide that Siege needed a zombie mode? Well, in a rare show of actually listening to the player base, it was added because people actually wanted it. After having now played about an hour and a half of Outbreak in the Technical Test Server, I can honestly say, it’s really just… okay.

The gunplay in the normal game is incredible. Recoil ranges from laser precise to utterly uncontrollable, but it all feels really good. This is mostly due to the low time to kill on player characters. A good 1/4 to 1/3 of kills are scored via headshot, which can either be achieved through aiming at the head, or by aiming at the body and letting the recoil take you up to the head. 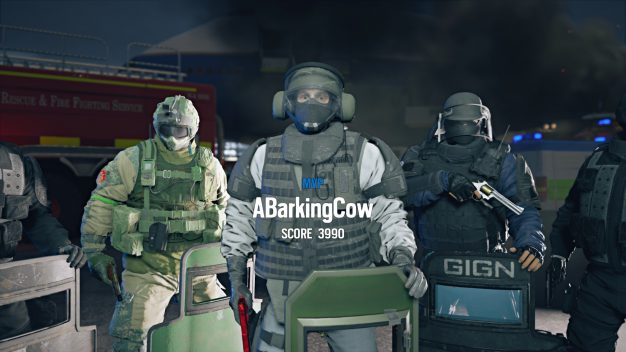 Of course, it’s quite a bit harder to get shot in the head when you and your crew all bring riot shields

Reinforcing objectives as a defender and assaulting the building as an attacker both produce specific types of gameplay, because each have specific needs for what must be achieved. Defenders need to funnel attackers into choke points, gather information on attacker location, and delay them long enough that they are forced to make stupid plays. Attackers want to use their superior firepower to overwhelm the defenders while simultaneously tearing apart their carefully constructed fortifications.

A single round within a match lasts a maximum of 4 minutes and 45 seconds (3 minutes and 45 seconds in ranked). This requires attackers to move swiftly to secure positions with enough time left to take the objective or kill the enemy, and gives defenders motivation to last as long as they can and play somewhat carefully.

This is what Siege is. It’s polished, very satisfying, and very frustrating. Outbreak is… not.

I’ll take this moment to state for the record that this is purely my opinion. I’m sure if I addressed this to r/Rainbow6 I would get obliterated. So take everything I say from now on with a grain of high sodium salt. 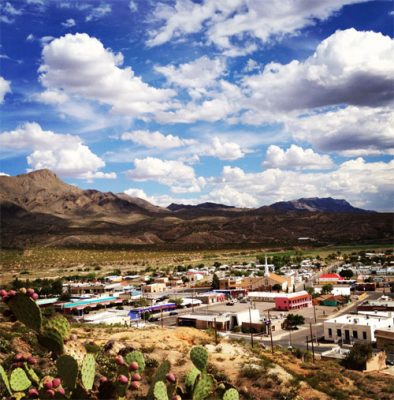 The lovely town of Truth or Consequences, NM. The site of the Outbreak event, and winner of most inquisition-like town name 50 years running

Now that I’ve explained my position, take everything I just described about Siege and throw it out. The time to kill on the weakest enemies is three or four times higher than player characters, which means you end up burning through ammunition like you’re running your own armory. This means that, by the end of the game, you’re utterly fatigued from trying to control the ludicrous recoil that comes with sustained automatic fire in Siege. At least I was.

The tight, corridor-driven maps and strategic destructibility are virtually gone. Instead, Outbreak has sightlines a mile long, far longer than any of the guns in the game would be practical at. Not only will your barrel be bouncing all over the place with sustained fire, but the damage drop-off means you might as well be plinking the enemies with .22lr.

There is also generally a complete lack of communication among teammates. Granted, that’s usually the case, but for some reason I found myself suffering more in Outbreak without serious teamwork than in the base game. This is, of course, a problem with the community rather than the game mode, but it dramatically affected my enjoyment of the game mode.

What does Outbreak actually do WELL, I hear you screech from your gaming chair? Quite a bit, actually. For one, the visual design of both the levels and the enemies is quite exceptional. There’s this theme of crystalline structures jutting out of both walls and enemies’ backs, and it makes things legitimately spooky. The enemy sound design is also quite good and makes the whole experience pretty unsettling.

Outbreak also does a fantastic job of making sure that nowhere is safe for the player. You can’t just sit in a corner and hold an angle because you will eventually be overrun, no matter what you do (unless you’re just really good). Mostly this is due to the carefully developed special infected types. There are a couple of enemies clearly ripped from Left 4 Dead (Boomers and Tanks both appear in different configurations), but they are changed to fit the gameplay of Siege.

Basic enemies are called Grunts. They run at you, punch through destroyable walls, and generally muck things up. Breachers are explosive, but they are smarter than you might expect a walking proximity mine to be. They will attach themselves to reinforced walls to create new holes you thought you’d prevented, allowing other enemies to overwhelm you from new avenues. They will also just run up to you and try to explode in your face, and this tactic is generally about as annoying as you’d think (and it really hurts). Rooters are clever hunters. As their name suggests, they have the ability to root player characters to the ground, allowing them to be swarmed by Grunts and assaulted by Breachers. They can also burrow through the ground, allowing them to effectively remain alive through an entire fight. Apex are the summoner class. They spawn Grunts and fire horrible projectiles that cloud your vision and prevent the use of your weapon’s optic or iron sights. Finally, the situational bosses, the Smashers. These guys are immune to gunfire except for a, you guessed it, big glowing orange thing on their back. When meleed it will become larger, making it easier to take the Smasher down.

Ultimately, this is a game mode that each player will find some enjoyment in, but it is clearly designed to be a short-term event to placate the community and to prevent another hissy fit over the lack of a new map this season.

Outbreak will be released concurrent with Operation Chimera, Season 1 of Year 3 on March 6, and will last through April 3. The Y3 pass is currently available and will provide the purchaser with immediate access to each of the coming four sets of operators, as soon as they come out. Season 1 brings Outbreak, while seasons 2 and 4 will bring all new multiplayer maps.

Tom Clancy’s Rainbow Six: Siege is available for Playstation 4, Xbox One, and for PC through Uplay or Steam.