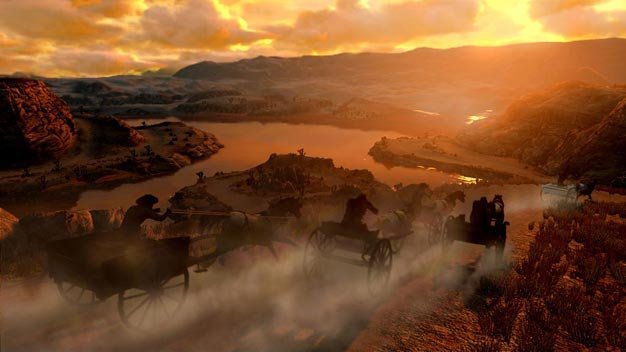 Bringing the authenticity and believability of the Old West to an open-world game has been a troublesome task for developer Rockstar San Diego. Looking at it from a technical perspective, creating next month’s Red Dead Redemption was “a complete nightmare” even, Rockstar co-founder Dan Houser has said.

“..we wanted to include so many things that were vital to making the game we wanted and a massive headache to make fun and look right – amazing gunfight physics, beautiful horses, lassos, stagecoaches with so many moving parts, animals, and so on,” Houser told NowGamer.

“For the game to be fun and engaging and everything we hoped it could be, we had to include a huge range of classic western moments – stand-offs, duels, stagecoach fights, gunfights on trains, hold-ups, bounty hunting, and so on.”

These things are RDR‘s strengths, he added — and the game is looking to reinvent a thing here and there — “but doing this in a seamless way in a massive open world was a huge challenge.”