Red Faction Guerrilla Re-Mars-tered is here and on Nintendo Switch. 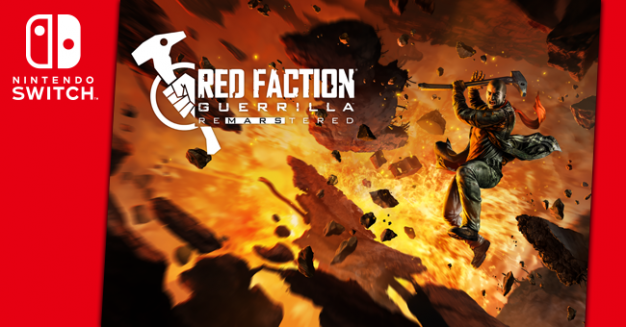 Developed by THQ Nordic; everything is set 50 years post the events that took place within the original Red Faction.

Playing as a guerrilla fighter for liberation over the enemy Earth Defence Force and set in an open-world Martian landscape.  The game maintains its destruction style game-play and fast guerrilla-style combat. 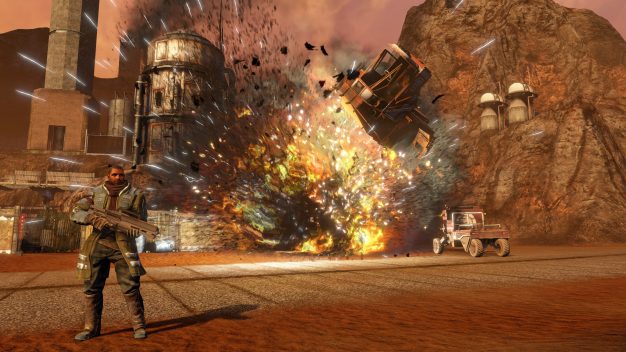 The vast open-world affords players the ability to decide how, when, where, and who they want to battle. With advanced weaponry, modified vehicles, nonlinear missions, and defensive strategy gameplay. Players can use destruction towards tactical advantage and planned enemy attacks…or, just blow stuff up and mess with enemy strategy. There is so much for players to mess with and get stuck into. Multiplayer combat expands all of this even further when players take to various combat modes against each other.