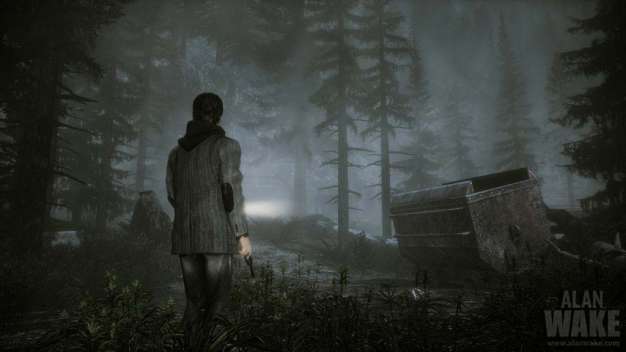 In a recent GDC panel titled “Alan Wake: The Writer Who Made Us Rewrite Our Engine”, Remedy devs Markus Maki and Olli Tervo discussed a bit of the development hiccups involved in making Alan Wake and even touched on the PC cancellation.

Interestingly, the game was originally planned as a full on multiplatform release, complete with PC and PS3 versions, until Microsoft came in as publisher. Turns out a primarily PC-based developer shifting all their focus to a console isn’t always an easy transition, as they had to rewrite a lot of their engine code. But at the end of the day they felt proud to say they never had to put out a single title update. These days, that is indeed something to brag about.

After the discussion, Maki was asked why the PC version, its original base platform, was killed off.

“I can’t really discuss that… I will say that it wasn’t a technological call. And it wasn’t made in Finland.”

It always sounded like they didn’t want to can the PC version, even saying that it’d be unreasonable to scrap all that work. This statement is consistent with that, so it seems safe to say they were as disappointed to can the PC version as their fanbase was. But so it goes; at least the game is out and playable in some form or another.