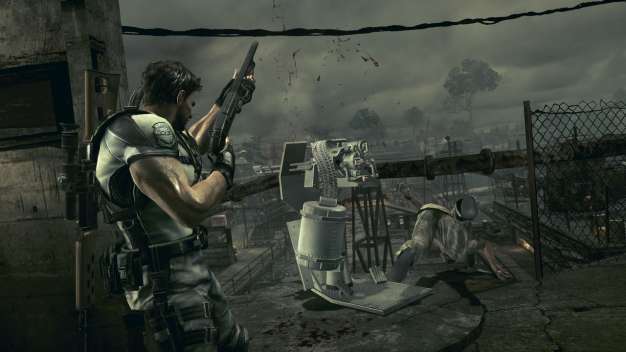 They said it would never happen. They denied the possibility fervently. They thought they were safe, but they were wrong. Resident Evil 5 could come to the Wii. Bum bum BBBBBBUUUUUMMMM!

Ditching the dramatic trailer voice, it couldn’t actually come to the Wii in the form it is now. The graphics are way too much for the white box to handle, but that doesn’t mean it couldn’t be coming in some form in some way. Gamestm, a gaming magazine, dropped the question to the Chief Producer of, Resident Evil: The Darkside Chronicles, Masachika Kawata, if RE5 could ever come to the Wii.

“Hypothetically speaking, the Resident Evil 4 engine would work perfectly for replicating the gameplay but we would never be able to recreate the graphical quality” Kawata replied. “A gun shooting game like Darkside Chronicles makes much more sense for Wii so, in short, Resident Evil 5 Wii Edition isn’t likely to happen.” Oh! Deni…wait, what’s this? A follow-up sentence! “”Having said that, Cavia has surprised us with the quality of graphics in Darkside Chronicles, so it may actually be possible after all…”

It could happen! Sweetness. If you played RE4 on the Wii you know that the Wii Remote works awesomely well with the gameplay mechanic, and if Kawata is not just trying to flatter his upcoming game then this is pretty interesting.