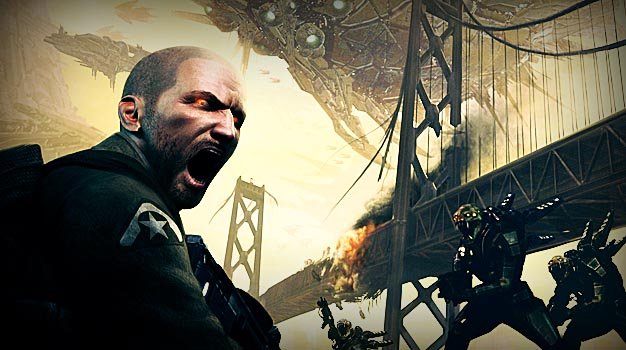 Insomniac’s senior community manager James Stevenson recently sat down with VideoGamer and had a chat with them regarding, among other things, the success – or failure as you’re about to find out – of Resistance 2. In what can only be described as a slightly weird R2-section-interview, Stevenson said that while Resistance 2 got higher scores than its predecessor, the reaction of the fans was less than enthused, especially among the NeoGAF forums, that described the game as “a dog turning on you.”

“The hardcore fans of Resistance 1 were maybe a little bit disappointed. Those folks consistently expressing that – especially GAF [NeoGAF] – it was like your dog turned on you,” said Stevenson. “That’s the feeling of it. You had this dog that loved you. You loved the dog, too, but they expressed all this affection for you. And then suddenly the dog bites your hand and it’s that feeling of, ooh, ow, that really hurts.” Dogs, deceit, pain… damn!

What Metacritic is saying about Resistance 2 is a good example of what Stevenson is talking about. While critic reviews are giving the game a solid 87 score, the user score is far below that, at just 5.7. Stevenson thinks that the opinions and thoughts of the fans weigh in more than what any paid critic has to say of the game. He explains that the genuine disappointment of the average gamer, who invests both time and money on the game, is “a lot harder to cope with.”

Whatever despondency and feelings of remorse there might be in all of this, the fact is that Resistance 3 is on its way, so how about we go focus on that and make sure that both developers and fans alike love that game, what do you say Insomniac?