Sometimes it’s easy to judge a game by its cover, or at least by its trailer. While the name suggests some sort of story or adventure, A Gummy’s Life is a party/3D fighting game featuring ragdolling characters. It would be easy to write it off as a clone of Gang Beasts and be done. But if I did that, I would have missed the things that this lesser known title actually does better. So the question isn’t what kind of game this is, but rather, does it do enough to separate itself from the pack? 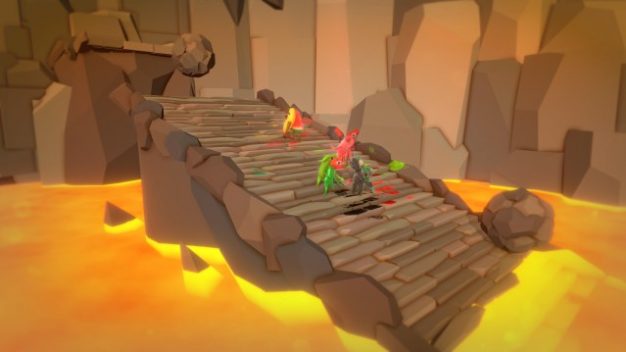 One thing that A Gummy’s Life immediately does right is making it clear when you have actually hit and knocked down another character. I’ve often found myself playing Gang Beasts and not being sure that my attacks were actually doing anything at all. In Gummy, there’s a very clear sound and a splatter of…syrup?…indicating a successful hit. The visuals and sound effects also make it very clear when a character is knocked out and can be carried around. There are also more modes to play with, and greater varieties in the stages. One is a soccer pitch, for example, where points can be scored by defeating opponents or scoring goals. Things like this breathe a little more life into the game and help make it something more unique. 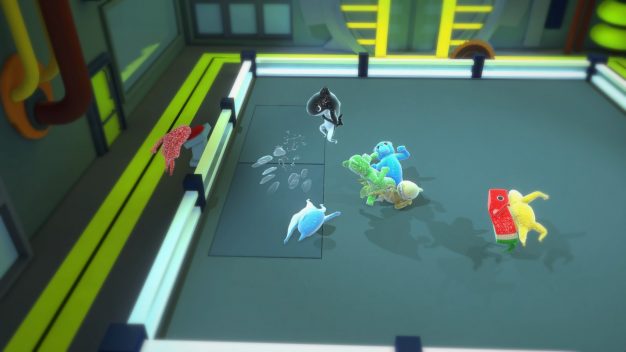 It should be clear by now that on paper, *A Gummy’s Life* is a great party game that deserves more love. But there’s a reason you probably haven’t heart of it; in fact, there are a few. There’s a major lack of polish here, and you’ll first notice it when you’re trying to set up a game and you won’t be able to tell what exactly you’re selecting. The fighting feels arbitrary too; there are several different attacks instead of just the traditional left punch and right punch, but it isn’t really clear whether they have different effects at all. The stages can also be harder to navigate than they should be.

Not quite the life of the party