Like the rest of the world that’s been staying safe at home, I tuned in to the recent Indie World Showcase that happened last month to see what’s going on in the world of indie games coming to the Switch. One of the games that caught my eye was Aerial_Knight’s Never Yield. Who is this Aerial_Knight? Why is his moniker using an underscore rather than a space like a normal name? Why is he endlessly running on this game?

Well, after looking at his website, Aerial_Knight seems like a very talented individual. He is a one-man game developer who has worked on a number of games, with some touching upon real-world situations like prejudice and culture. He decided to add his personal touch to his latest game, Aerial_Knight’s Never Yield (AKNY), to commemorate his passion project, the one that he’s worked on completely, from visuals to the music, all on his own. (He did get the publisher, Headup Games, to assist with the final touches, but just to publish the game, it seems.)

You can really see the passion behind AKNY just from the music from that trailer. That beat really hits you from the start, and that’s the type of beat you’ll be vibing to while you play the auto-runner. The game is really simple; you guide a dude named Wally who is running away from enemies (i.e., cops, robotic mines, man-slaying vehicles) while avoiding obstacles. Why is Wally running? Well, see, he found something he has lost and now is trying to figure out what has happened. If that didn’t make any sense, you’re not the only one, I’m still mystified with the story even after completing the game. 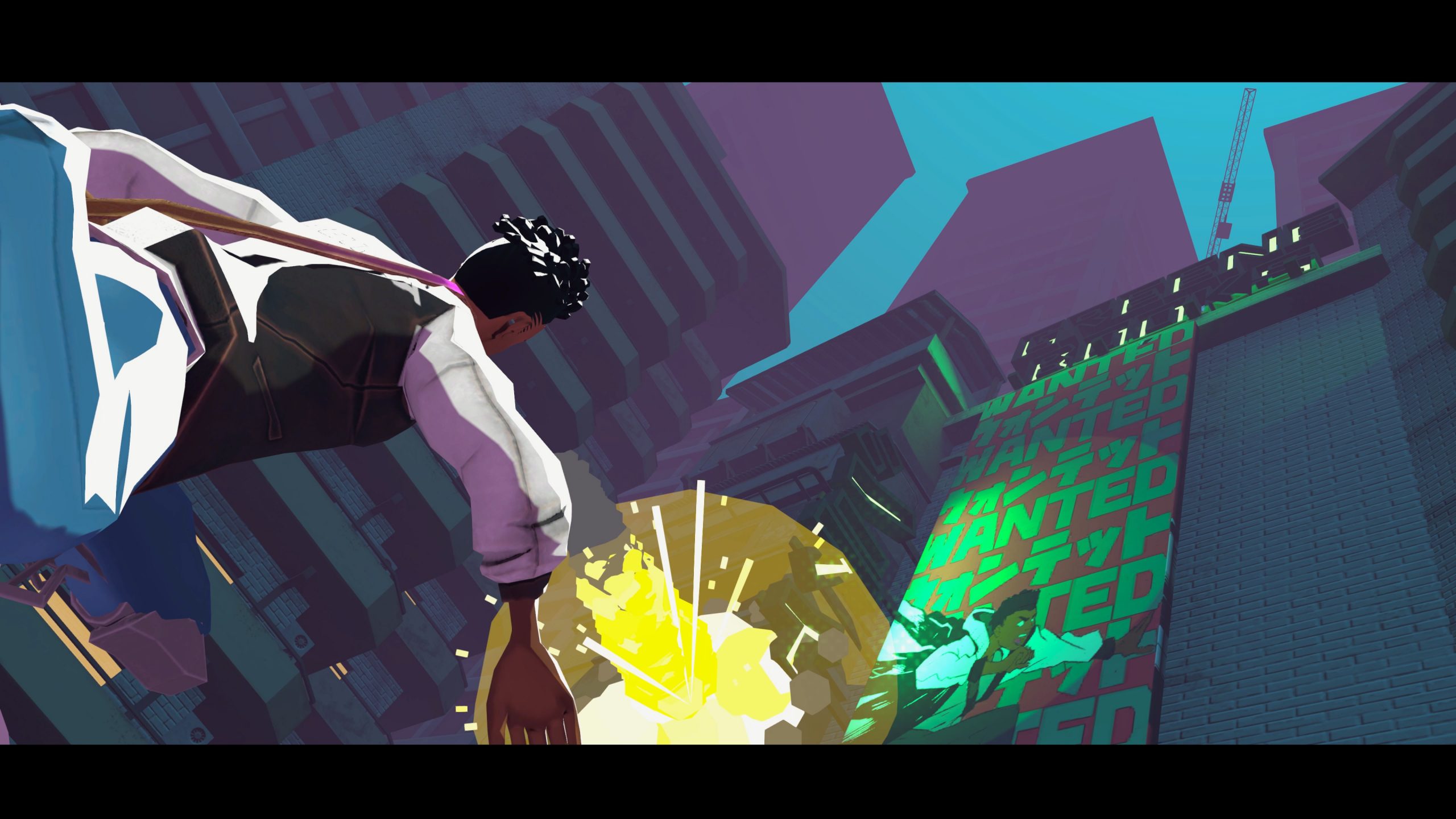 Still, AKNY doesn’t focus much on the story, but rather the players, more specifically, the speedrunners. While the game boasts 13 levels, an average campaign run on the easiest difficulty is almost like watching two to four episodes of your latest Netflix sitcom obsession. It’s definitely short, but this is the perfect game for those who love to “do games quick.” With the simplistic controls, all you really need to know is four buttons and four colors…and some really precise timing oftentimes.

While running, Wally can jump, mid-jump and crash, sprint, and slide. All the obstacles he will be facing will always be associated with one of those actions. Luckily, AKNY makes it easy for you to figure that out by color-coding all the obstacles: red for jump, yellow for mid-jump and crash, blue for sprint, and purple for slide. If there’s one piece of advice I can give, it’s to trust the colors. There will be times where you would think jumping would save you from a certain robot mine, since it’s on the ground, but since the mine’s colored purple, sliding is the action you’d have to use. The game does trick you a lot like that a lot, and it gets more gimmicky at the later levels. At least, the gimmicks aren’t quite frustrating, and again, the levels are short—around five minutes with plenty of checkpoints when you fail. 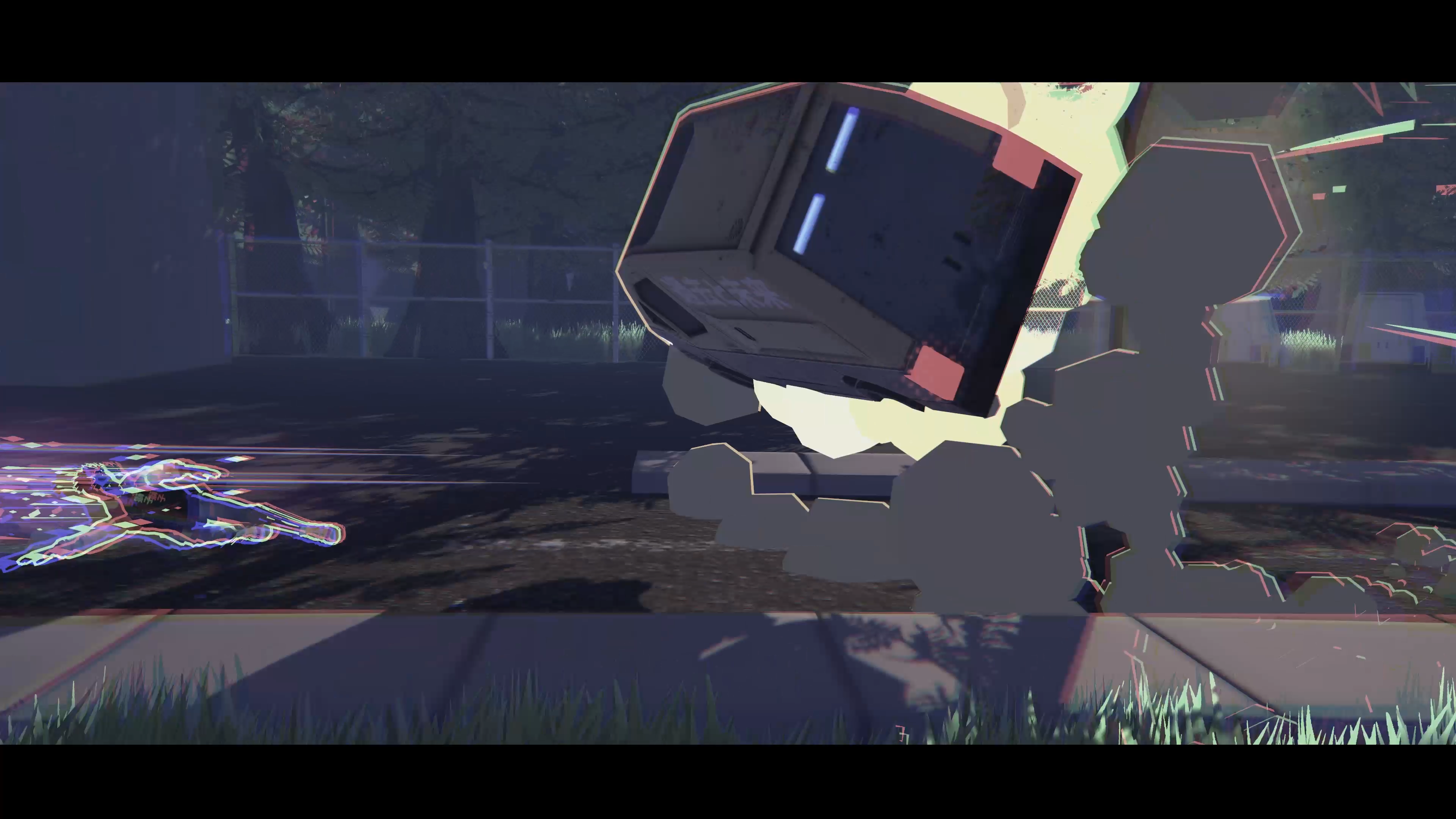 One frustration that I did find annoying, is how just because you know which action you’ll need to make for a certain obstacle is sometimes not enough. You’ll also need some precision and timing to overcome those obstacles. In normal mode, time slows very considerably for you to make thorough decisions, but I find it at times as a detriment because it screws up the timing of my actions and thus netting a game over. Sometimes the decision to change up the camera angle during the last few seconds away from an obstacle, which I know is for aesthetics and nothing more, is what messes up my accuracy in figuring out when to jump or how long to hold that slide button.

You’ll easily complete AKNY without a doubt, but that’s in normal mode. Hard mode takes away some of the slowing down, while insane mode takes it away completely and adds more obstacles to face. For speedrunners, this is a dream. For casual gamers, normal mode is a dream. For gamers without much time for gaming, this is a dream. For those who are looking for more bang for their buck, this may be a pass. The 13 levels plus the unlockable outfits and the occasional bonus levels (after finding a hidden coin in some levels) may not be enough to warrant purchasing the game full price.

If you are curious, though, you can check out a demo of the game on the Nintendo eShop. Try it out and see if Aerial_Knight’s passion project speaks to you, and even if it doesn’t, at least appreciate the beats he’s created. It’s simply that good.

Guide Wally from Obstacles and Enemies to Find the Truth