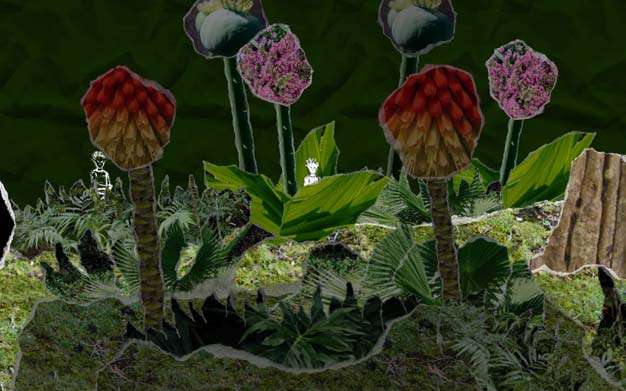 It’s not often that you trip over a game that you might have overlooked otherwise and end up discovering something that surprises you in the best ways possible. And Yet It Moves is one of those games. It is a prime example of what indie developers can do and further validates this sub-genre of the videogame industry.

The overall premise of the game is remarkably simple. You are to move your paper man character through the world successfully by any means possible. The actual gameplay mechanics of And Yet It Moves are what add a higher level of complexity that a normal side-scrolling platformer would not be able to achieve. In order to bypass certain obstacles in your way, you have to use the primary mechanic of rotating the world around. Your paper man has the ability to rotate the world at 90 or 180 degrees at a time in any two dimensional direction. This is what makes it a unique experience forcing you to look at the puzzles laid before you in a different light.

There are so many things that are interesting about And Yet It Moves that it’s almost impossible to know where to start. The visual look of the game immediately draws your interest and evokes a different mindset. Traditionally our videogames are full of complex and busy graphics, but this game is the exact opposite that without sacrificing a thing. The theme is ripped out and crumpled paper that is layered to create a lush world of simplistic beauty creating real life objects from pieces of their pictures. To top it off the animations of your character’s movement feel fluid with plenty of ambient background animations to boot. 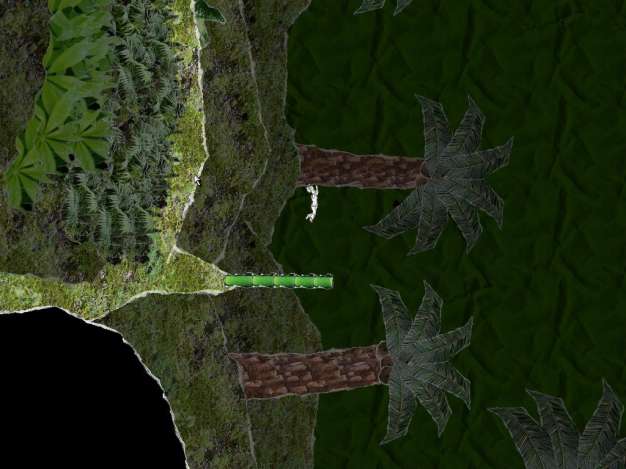 I can’t really say enough about the sound design on this game — I really can’t. I would go as far as saying that if it were done any other way it would feel remarkably out of place. The music, and I’m not even sure I can call it that, is extremely subtle and has a very stark creepy feeling to it. It’s more or less just repetitive sounds that begin to slowly layer as you progress through the chapters but never quite reaching the status of a song. The sound effects sound like they are all done via a human voice. For instance the sound of your paper man falling to his death and smashing into several pieces sounds like a person saying “Squash”. This fits in perfectly with the hand made collage motif of the graphics.

Starting out in the game is easy enough. You’re helpfully guided through the basic mechanics via a series of well placed signs giving tips on the control schemes and how to use the game’s physics to your advantage. The first few check points in the first chapter are very simple with no real puzzles to block your progression. You’ll hit a few tiny snags that will be easily conquered with a simple rotate/jump combination. A lot of obstacles like this will be beaten through simple trial and error since there is no real penalty from death other than returning to your previous check point which there are ample amounts of.

The first few true puzzles are fairly simple to solve. It usually involve moving some kind of object(s) through a quasi maze using your rotation controls and getting it from point A to point B for whatever reason. While this particular type of puzzle pops up several times through out the game they do a great job of adjusting it just enough so that they are all unique and increasing their level of difficulty as you progress. The hardest puzzles to solve involve the swings. You’ll encounter a few of these through out and they may prove to be the more challenging for you as you’re forced to think quickly and react quickly to solve the puzzle. My favorite puzzles are the ones that involve the diving board branch thing (I’m not really certain what to call it) because they are just flat out fun to do. Bouncing high up into the air and using your momentum through rotations to reach your destination. 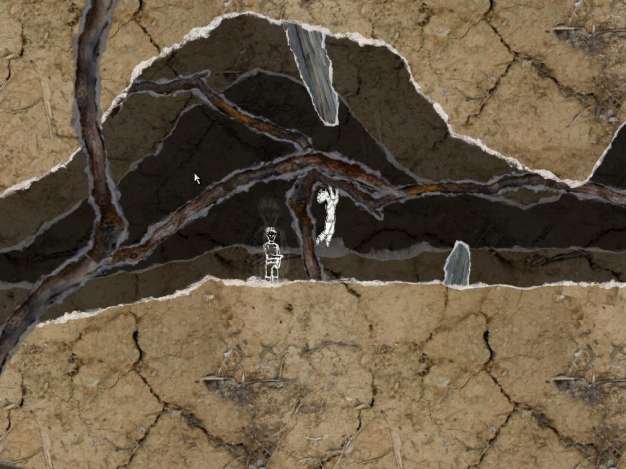 And Yet It Moves lacks a story. We like stories. We like to having meaning for what we do and be drawn into a game like this for reasons other than simply playing it. But for all we can tell our paper man is just taking a stroll through a strange backwards and upside down world filled with creatures and such that are out to rip him apart. Having a story to support the rest of the game, even if it were a really simplified basic story would have added so much.

The game relies a lot on trial and error, perhaps too much. Unfortunately you have absolutely no control over your camera and it is always fixed on you. The camera will zoom out and zoom in to try and show you the whole puzzle so that you can plan out your attack, but a lot of times it doesn’t zoom out enough. It’s very possible that this is done on purpose, but I often found myself trying over and over again to reach my goal and utterly failing over and over again. This dependency on trial and error can become highly frustrating at times. Having the option to pull out your camera and inspect the overall puzzle would reduce the dependency on constant trial and error.

For me the replay value of And Yet It Moves is pretty low. By the time you reach the end of the game, you’ve seen and experienced all it has to offer and I found myself not being motivated to try the time trial modes. The game does have a ton of achievements tied into Steam which is fantastic but while going through the regular game I was only able to get one which I got accidentally by almost killing myself on a steep cliff. For achievement hounds this could be the thing that keeps you playing even after you completed it but it looks as though getting them will be a more difficult than its worth.

In the end And Yet It Moves brings fine art to a videogame. With it’s incredible visuals and sound design topped off with interesting gameplay and challenging puzzles. For a game that will only set you back $15 you can’t ask for much more. Despite the few flaws And Yet It Moves is a must own for people who are looking for something fresh to take them away from the mainstream for a few hours. It’s a solid game with an unique vision and for some will provide a fair amount of replayability through the achievements and time trial modes.

– Lacks a story
– Too dependent on trial and error
– Low replayability