B.A.T.S.: Bloodsucker Anti-Terror Squad capitalizes on the nostalgic feels of 2D retro gaming. Advertised as “your favorite Saturday morning cartoon, with a gory twist.” That “gory twist” is alluded to in its title. This game is all about the blood.

You take control of a vampire named Count Bloodvayne whose team, the Bloodsucker Anti-Terror Squad or B.A.T.S., has been captured by a rival organization called S.T.I.N.G. Its leader, Scorpion Supreme, has vowed to execute all four team members if Count Bloodvayne can’t save them first. Thus, the count must traverse through five crazy levels in order to do so and beat S.T.I.N.G. 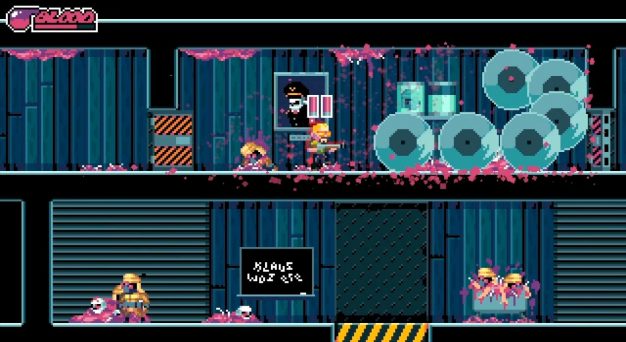 B.A.T.S. showcases only five levels, and while it is a short game, those levels can be a pain in the butt. There are enemies with AIs that considerably get tougher at each level. There are also obstacles like saw blades and spikes that are littered in almost every nook and cranny. And at the end of each level, you must face against Scorpion Supreme as a boss in order to save one of your own teammates. By saving your team members, they are unlocked as playable characters, and each member is a completely different playstyle than the rest. 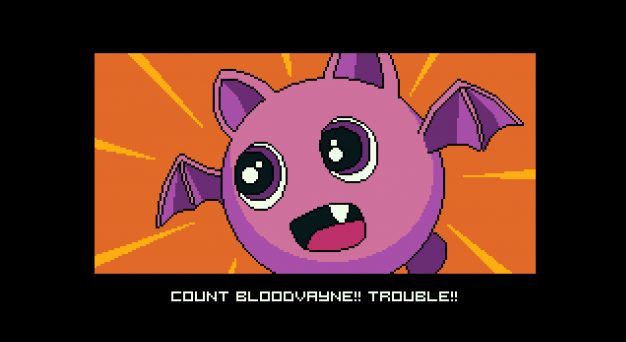 As part of the B.A.T.S., you have one of the most valuable and gory things to assist you in the fight: blood. Blood, if you haven’t caught on yet, is the main driver of this game. It is what ties to your health, your powers, and everything else. You obtain blood pretty much whenever you dispatch enemies and, sometimes, they are hidden inside crates or areas where you do have to go out of your way for. Collecting enough drops of blood allows you to use a super move (different for each team member) to go to town on the enemies for a short while 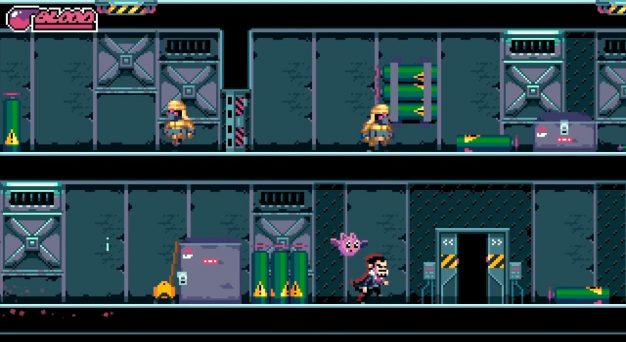 Unfortunately, the blood mechanic is also the biggest downfalls of B.A.T.S. First, it is tied to your health, meaning if you take damage, you lose some of the precious blood you have collected. One of the biggest flaws I found very frustrating is how disproportionate damage is to your health. You can have your blood gauge almost to the max to unleash a super move, and such a task takes let’s say around 15 drops of blood. However, one poke of a protruding spike will always take down your health to the minimum as if you’ve only collected one drop of blood. This also means that another mistake takes you back to the beginning of the level. That’s super flawed. 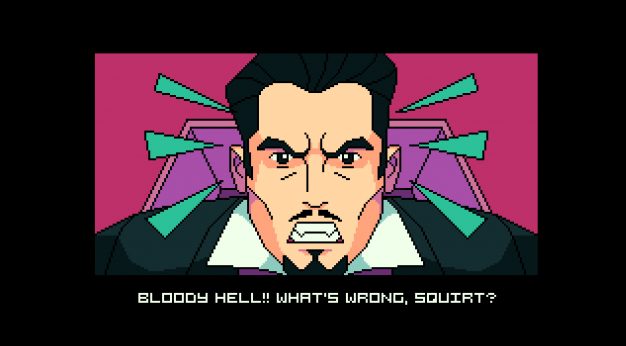 I also found that enemies don’t always drop blood, especially if they’re dispatched via traps (i.e., luring them amongst the saw blades or spikes). Dropped blood by the enemies also has this uncanny timer, where it disappears after like three seconds after it drops. The way the blood drops too is sometimes random; you’d kill an enemy, and it’ll drop blood to left and right or up or down—just everywhere. Trying to collect the blood drops becomes a feat in itself, especially when it’s such a scarce resource when you’re accident-prone in B.A.T.S. 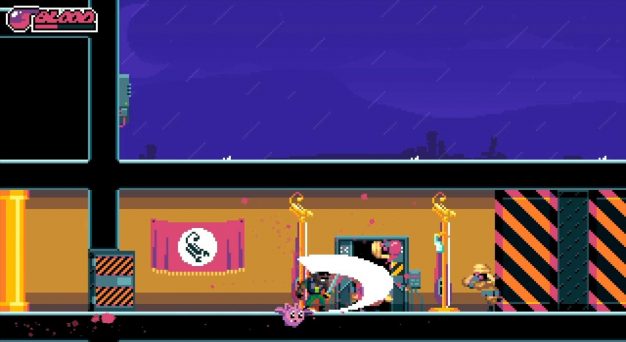 Honestly, despite the cool 2D retro-inspired graphics of the game, I just cannot recommend B.A.T.S. without the developers tweaking its mechanic. After completely retrying the second boss around 20 times, because I always get hit twice (and that’s a game over, since you’re only given one drop of blood through it), I was done. Maybe it’s because I chose my new recruit, Rick Ghastly who uses a shotgun with long-range, but slow attacks), but still; I just didn’t have the gamer thumbs to dodge Scorpion Supreme’s crazy-ass homing bullets to defeat him on those 20 rounds.

Save Your Teammates Using Blood