I never played the original Battletoads back in the day; it was before my time. And when I did eventually learn about the series, I didn’t give it much thought. That is, until the closely-timed releases of Rare Replay and Rash’s appearance in Killer Instinct. With the former including the much better-looking arcade game, this is how I learned about the appearances and personalities of the toads, and I really liked what I saw. Now the Toads are back with something a little bit different. 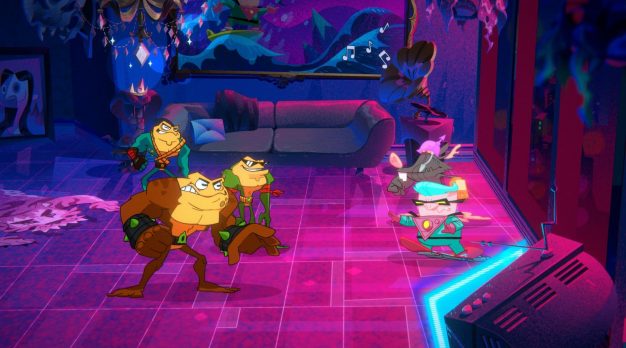 The original Battletoads was a side-scrolling beat-em-up, and the new game is the same…sort of. This time, developer Dlala Studios took the series’ history of unusual levels to the extreme, to the point that you really only spend half the game (maybe even less) brawling. But before I get to that, the beat-em-up sections are excellent. There are enough moves and variations to keep combat interesting, without it becoming too confusing. Even more importantly for me, though, is that the characters and environments are interesting enough to motivate players; it isn’t just an endless throng of enemies until you reach the end. Each Battletoad also plays a bit differently, and you can easily swap between them as part of a combo if there aren’t three players. More or less matching the arcade game, Zits is quick, Pimple is slower but packs a more powerful punch, and Rash is somewhere in between. Their different morph moves makes it fun to use all of them, as each one is unique and fitting of the character. 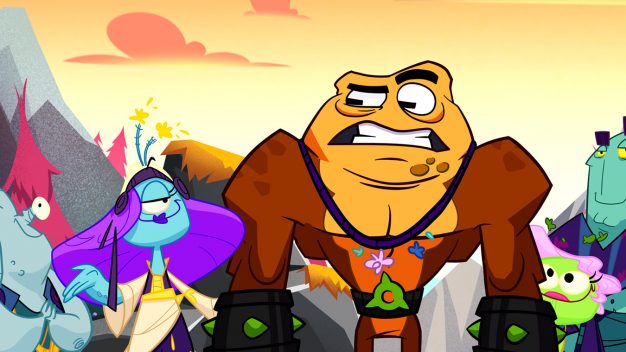 As with previous games in this series, the action is broken up by a number of different types of levels beyond the basic brawling. This is something I particularly appreciate, as I tend to get bored of this sort of game pretty quickly. Rare and Dlala Studios have outdone themselves in the modern version of Battletoads, including non-combat platforming levels, bullet hell levels, vehicle levels based on dodging obstacles, and several more. I was excited about this at first, but my feelings changed when I learned that the game is surprisingly short; it only took me a couple of afternoons to finish. The second half of the game features not even one regular beat-em-up stage. While I love the variety, Battletoads fans are expecting a brawler with some fun alternate level styles, and that is definitely not what we have here. To be clear, all of the game styles are fun (though some get a little bit tedious after a while), and the difficulty options mean that I was able to get through the game without dealing with the punishing difficulty of the original. But I would have liked the game to be at least a bit longer, and with more “traditional” stages, especially as there isn’t that much replay value here. The only reason to replay it would be (if you’re playing co-op) to try a different character. 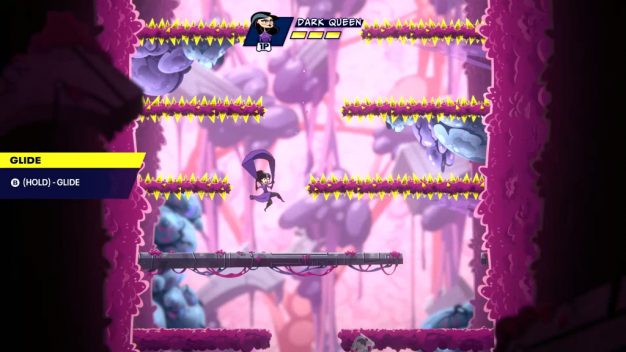 Speaking of the characters, it’s the Battletoads themselves (and the writing in general) that really elevate this soft reboot and give it any sort of replay value for a single player. This is the first game in the series with voice acting and animated cutscenes, and the developers used them super well. I actually laughed out loud a few times while playing, as not just the ‘toads but all of the characters show off their over-the-top personalities. Even the Dark Queen, the relatively generic villain from the classic games, is now a much funnier and more interesting character. The bright, cartoonish graphics fit well with this setting, though sometimes all the different sorts of aliens get a bit confusing. There’s also not much story here, but the point of the writing is to focus more on characters and interactions than on the plot. The game is self-aware about this (and a number of other things), so I appreciate that, at least. Rash, in particular, seems not to have much of a fourth wall. 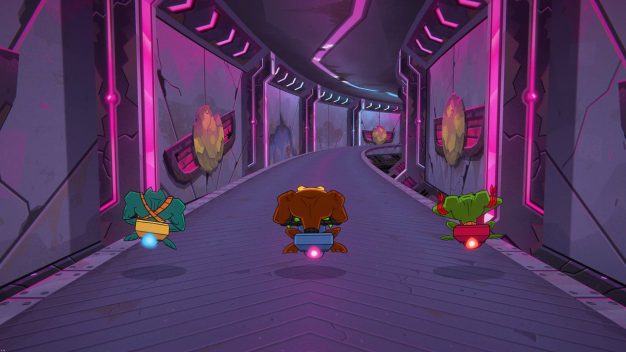 Whether you mastered the punishing NES version or have never heard of the series before, Battletoads is a something new, and so it won’t affect your experience too much. If you have Game Pass and a less than subtle sense of humor, you should play Battletoads. The gameplay, while not exactly what anyone hoped for, still works very well. The story justifies each style of play, and the visuals are more enticing than you’d think. But given the short length of the game, it’s hard to say whether it’s worth your $20. To me, it definitely is, but I’m also the kind of person that this sort of comedy and variety significantly appeal to. Even if it isn’t for everyone, though, it’s still a triumphant return for the long-dormant series, and I hope we see more full-on Battletoads games in the future. After all, these cameos are killing Rash.