Who likes building games, then? No not those crappy mobile time wasters that just eat your money, we’ve all played those and you’re just going round in circles and not getting very far. I’m talking about proper building games. These are the games where you have to think ahead, research new technology, and further the journey of a populous. These games can be taken in a number of different ways. You have city creators, Sim City being the perfect example of this where building a city and making it function is your goal. Then you have life or colony sims such as Civilization and combat sims such as Sword In the Stars. These are all building games, they just take the genre in a slightly different direction. Before We Leave falls into the second of these three camps and I’ve been playing the PS4 version. You know what? It’s not half bad!

Before We Leave, gives you control of the populous of a vault. Think Fallout without the copywriter infringement and everything trying to kill you the minute you step outside. This “what if,” scenario sees the vault dwellers, or peeps, step into the world after the dust settles and the nuclear winter has lifted. This is a game about the repopulation of a world that we destroyed and theoretically learning from our mistakes and doing things better than the first time around, well that’s the message I’m getting anyway. This isn’t so much a game about learning but relearning and repopulating, starting from small settlements and building from there.

The thing I love most about Before we Leave is this title’s simplicity. Once you get the hang of how the menu system works everything else just falls into place. There are way too many building games out there that should have a separate rule book for you to stand any chance of understanding what’s going on. I’m so used to every menu having five sub-menus and having to trawl through far too much information to find what I’m looking for. 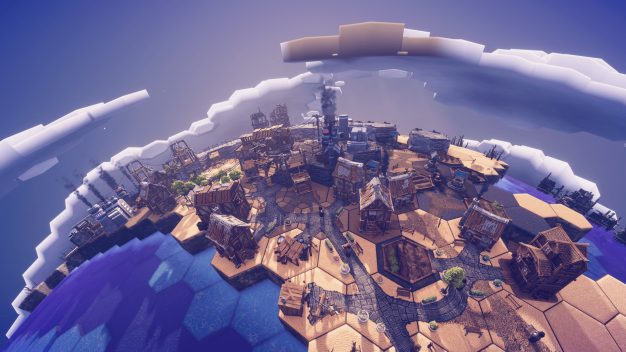 I’ve completed games in the past and still haven’t understood half of what the buttons in front of me do. The general rule of thumb here is that if I haven’t used something all game, it probably didn’t need to be there in the first place. In this title, there isn’t any unnecessary padding. Some of you hard-core fans might say it’s too simplistic but I actually prefer it that way, in this instance at least.

Just to make a very clear point. Simple and easy are not the same thing. Before We Leave feels intuitive and runs beautifully but that doesn’t make the game easy. I’ll go into this in more depth in a minute but don’t expect a walk in the park, this title has its fair share of challenges that need to be overcome. 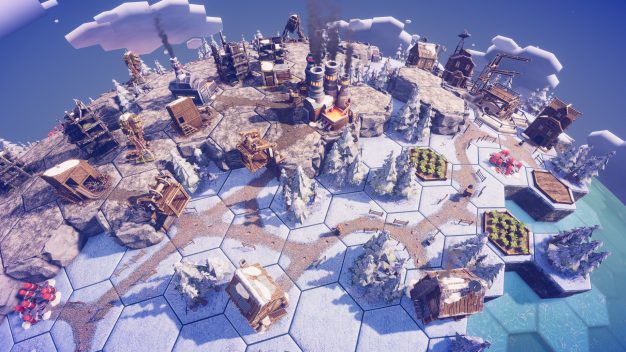 Just as in most builders, new technologies have prerequisites. I.e., you can’t perform task B until you’ve learned how to perform task A. This is fine because there is such a nice learning curve with Before we Leave that in most cases you’re just adding on to what you already know or are already doing. This isn’t one of those where you need new technology to progress but haven’t used or worked out how to use the technology it’s based on yet so you’re stuck until you do. There are loads of useful tooltips, so even when you get a little bit lost with where you’re supposed to go next, you won’t be for long.

Something I like with this title is that you can leave the tutorial on for your entire playthrough if you want to. This sounds a little odd but it isn’t a tutorial in the truest sense. In the beginning, when you’re learning the ropes there is a certain amount of hand-holding involved. Slowly it stops being a case of being told what to do and becomes being nudged in the right direction. At the point I’m at now, all the tutorial is doing is land-marking where I need to go next. The game assumes you’ve learned enough that you can figure out how to go about completing the current mission so all it needs to do is give you your objective. If you come across something entirely new you’re given a more in-depth tutorial but at no point do you feel like you’re being given too much or too little. 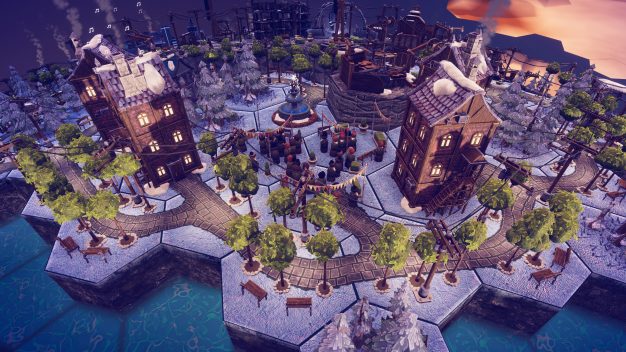 I think the thing that I love the most about Before We Leave comes back to the point that I’ve just made. This isn’t a stressful game. You don’t feel like you’re up against a clock and nothing is going to come and kill off your colony before they get anywhere. There isn’t even the micromanagement that comes with ensuring your people don’t starve or freeze. You are given the space to make mistakes and learn from them without there being any real punishment for those mistakes. You have to keep an eye one how happy your people are but this is something that never feels completely game-ending.

As you reach milestones in the game you’ll suffer penalties to the happiness of your peeps if you don’t keep them, entertained or provide clothing, food, and beauty spots. Very importantly they won’t just drop down dead if you don’t cater to their every whim. They will become a lot less productive though and if you want to continue at a decent pace it makes sense to keep them happy. You’ll also come across weather systems that will cause various negative effects but these still don’t feel like deal-breakers. It’s not like Sim City where a natural disaster suddenly demolishes all your hard-earned work. These things are bumps in the road, not necessarily catastrophes. 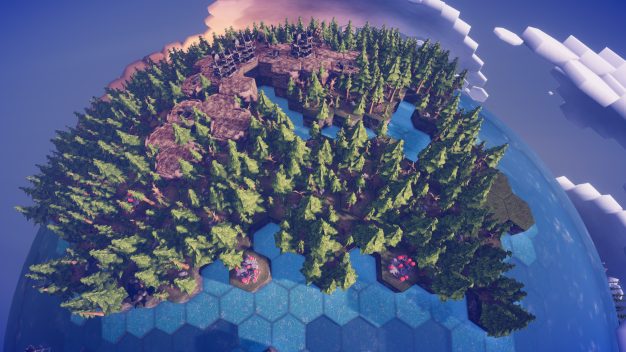 Once you’ve completed all of the tasks on the world you begin on you’ll take to space and populate a new world. This will involve new missions and you’ll be able to further advance your population of peeps with new technologies. Something really important to note is that you don’t just jump to a new level and start over. The world you’ve just left continues to thrive based on how you’ve left it. You’ll need to be able to transport goods from it to the new planet and you’ll build an economy both on and off-world as you go. This is where the difficulty in my opinion lies in this game. Think about how this is going to expand. From one base world to two and so on. You’re looking at the bigger picture and all the plate spinning that’s going to come with that. You can’t just forget about what you’ve already done because you’ll need the foundation you’re building to progress. This is something that I love. It’s not overwhelming but at the same time, it’s a lot of fun.

All in all, Before We Leave is a solid colony builder. This is the sort of thing that you can sink a lot of time into without the frustration that comes with other games of its ilk. The lack of a complex UI and this title’s intuitive take on puzzle solving leaves lots of room to just explore and enjoy the game. This is a brilliant entry-level for younger players because your goals are clear and meeting them doesn’t require a degree in engineering. Equally, the difficulty builds but never feels astronomic. Those of you that have cut your teeth on much deeper, more complex titles will possibly find this one a little overly simplistic but it could also be said that it’s a refreshing break from the norm so still worth a go. Definitely a good choice for any of you that like the building genre as a whole.

Before We Leave isn’t the most demanding game on the planet. The difficulty level is perfect for the message that this title is trying to convey, and it’s fun to lose a few hours at a time. If you want to watch a colony grow and learn without watching them die off at the same time this is a very good call. Those of you looking for something deep and cerebral might be disappointed here but for those of you dipping your toes into the building genre, or looking for an experience that’s at a slightly slower pace, this isn’t a bad way to go.