Never has flying been such a risk. Enter The Blue Flamingo, a top-down shooter created by the developers Might and Delight for the PC. It was released last month via Steam, and it takes encourages player to compete with others in a very crafty world.

The word crafty here meaning that the world of The Blue Flamingo is handmade by the developers. The video above shows just a little bit of what it took to create the world, and Might and Delight’s tools included paper, scissors, glue guns, and anything that can be found in an arts & crafts store. Even the explosions and gun blasts were created using fireworks and other pyrotechnics. The handcrafted world is one of the game’s biggest selling points, because it is very beautiful. Some may not even notice that the game as a whole is an art project; the imagery creates an illusion that it may have been created using sophisticated computer programs. 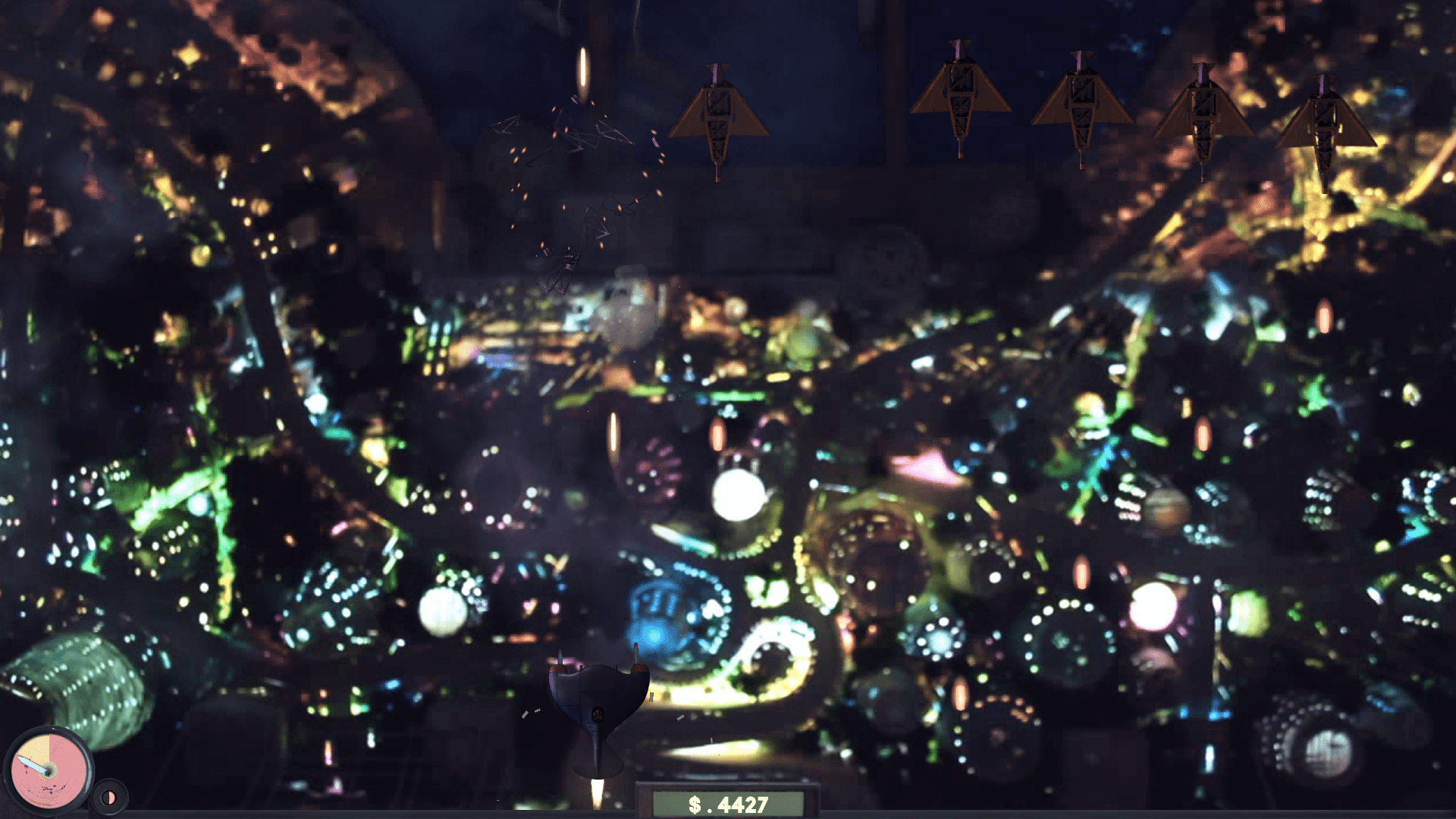 The whole game is created via arts and crafts materials.

Essentially, the plot of The Blue Flamingo is a two-paragraph prose: there is a big global flight competition that includes the Blue Flamingo, a ship the player controls to rack up the highest score by taking turns in dangerous tracks filled with enemies. The plot serves as an adequate explanation of why the shoot ’em up (or shmups) exists; most shmups in the market nowadays do not even have some kind of plot tied into them. However, some players who may be looking for a story may be disappointed. 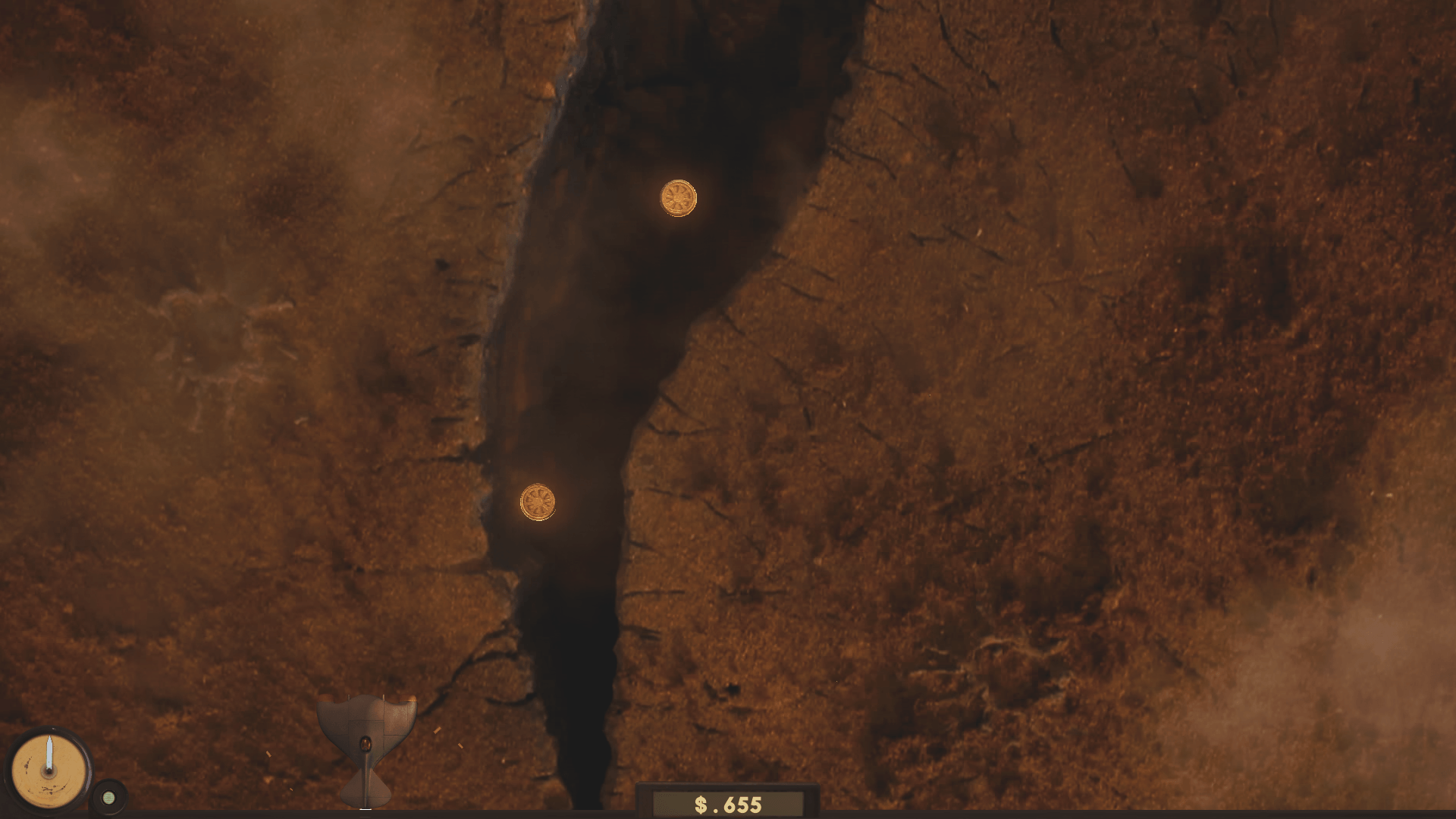 Most shmup players may care more about the gameplay. The Blue Flamingo has a very unique take on how to score and utilize upgrades. The main goal of the game is to rack up as many points as possible to place first in the global scoreboard, which at the moment is made up of other Steam players. Scoring is earned by each successful hit on enemy planes via the Blue Flamingo’s arsenal (i.e., guns and bombs) and collecting gold coins that drop for each successful take down of enemy groups. Each level also features target practice at the end to score bonus points. 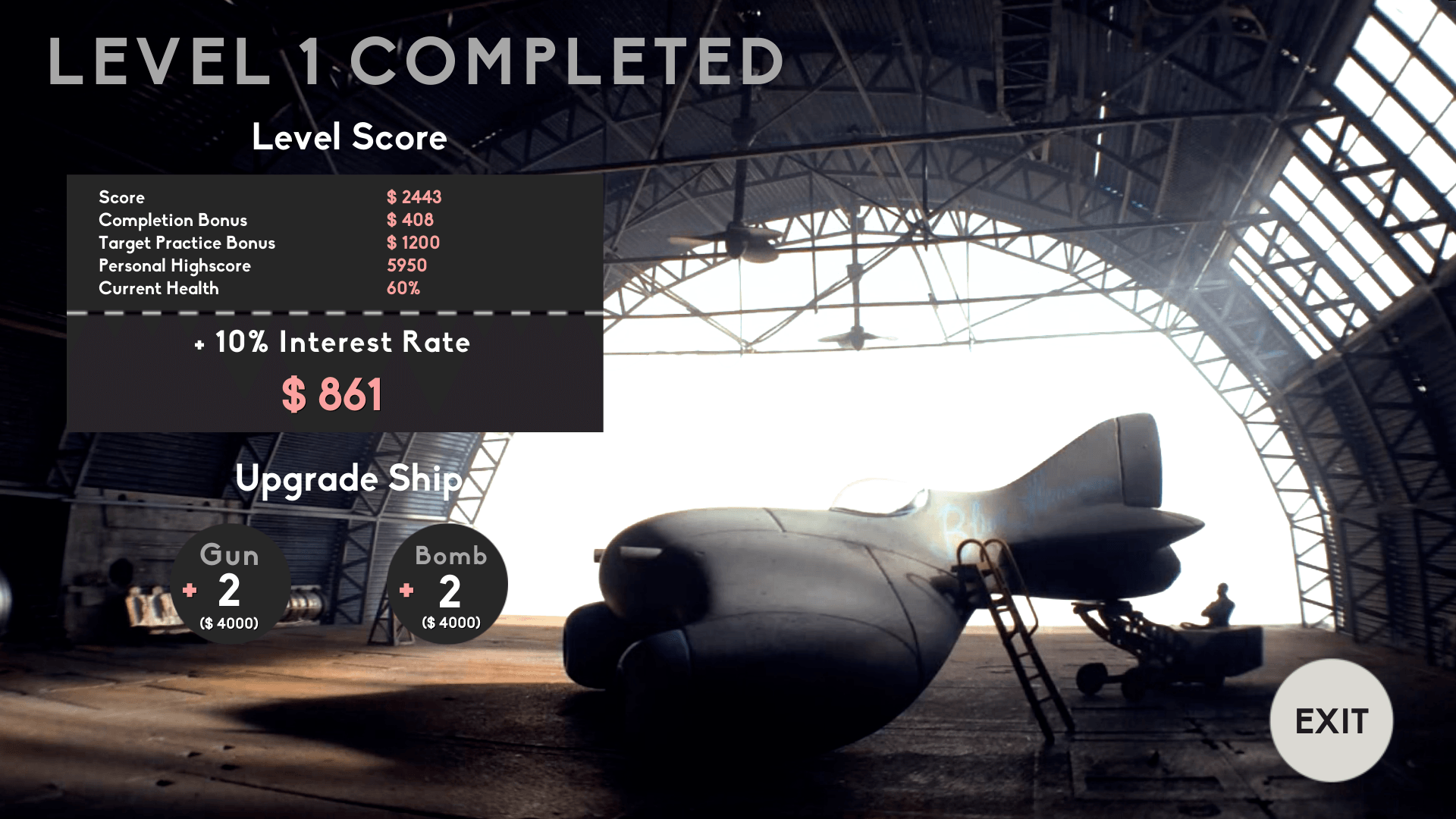 Players are given a choice to spend points on upgrading weapons or earning interest by saving them up.

At the end of each level, the score is tallied up and is used to purchase upgrades for the Blue Flamingo’s guns and bombs. This is where the game takes a different direction to most shmups; the player is given a choice, use up some points to better take down enemy planes and earn back those points or save them up to score big but risk being underpowered. While it may seem like the first choice is always the best, there are caveats: one, the ship’s health cannot be upgraded or refilled so it takes a while to recoup all the points spent on upgrades, and two, saving the score earns interest in at the completion of every level.

The scoring and upgrading system being intertwined creates an interesting dynamic on how players will approach The Blue Flamingo. Some players may opt to get the upgrades early on and save points later when they feel appropriately powered up. Some may decide on being frugal and opting for a bigger payout with upgrades later (and scoring huge with overpowered weapons). Some may do a combination of both. The risk factor of the scoring and upgrading system definitely ties into Might and Delight’s choice of not allowing health upgrades or refills throughout the game. 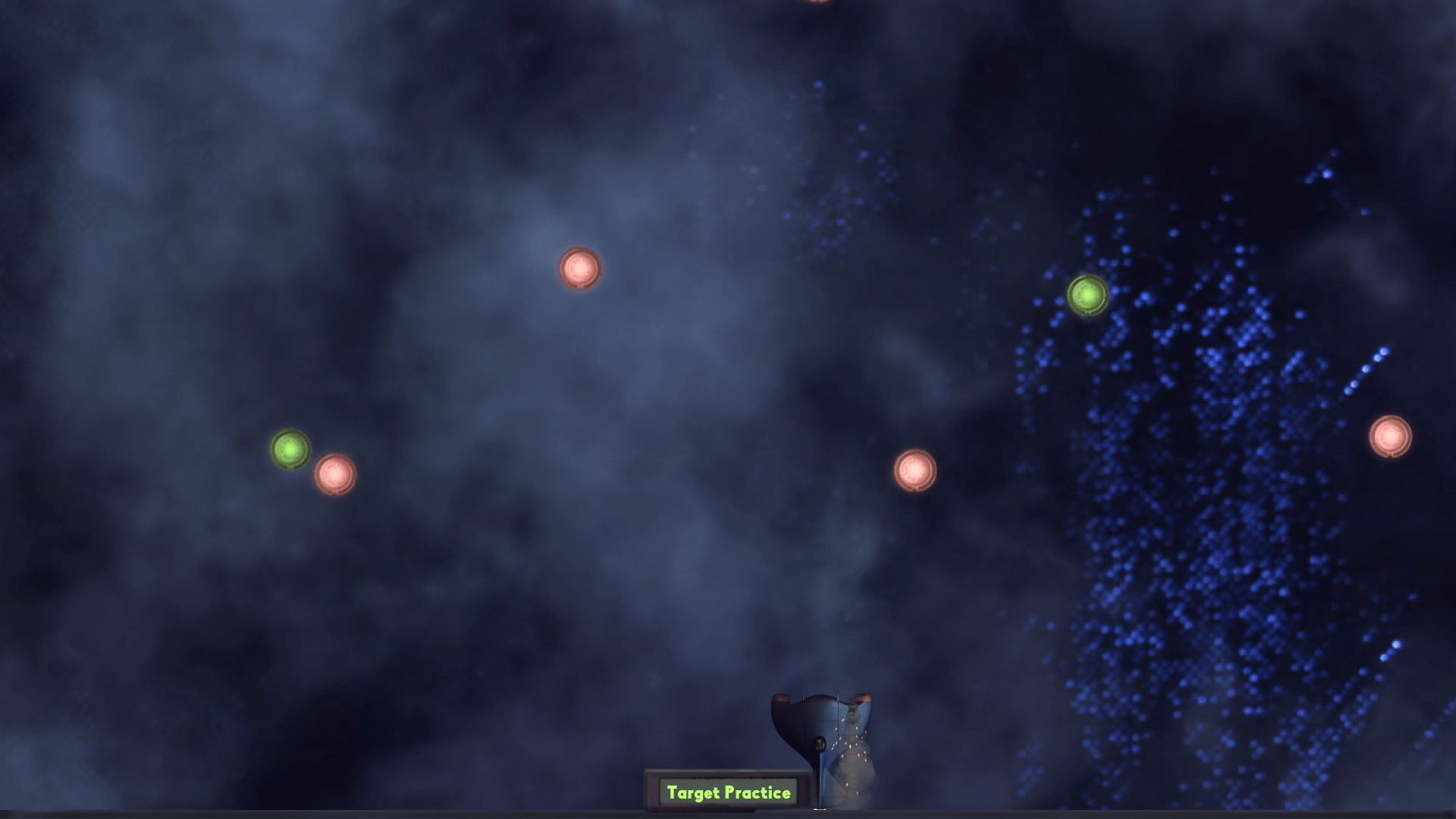 A target practice awaits at the end of each level for bonus points.

As for the enemies, The Blue Flamingo has a good pace of introducing them to the player. The developers took into consideration that no matter how the player approaches the game, enemies in the second level are slightly easier than the first (maybe a few more of the same enemies), while the third level introduces a new enemy plane. The game does not feature in-game upgrades that most shmups have (e.g., temporary increases in firepower, faster navigation, etc.), probably to encourage the risk factor of going in underpowered for a bigger return at the end. 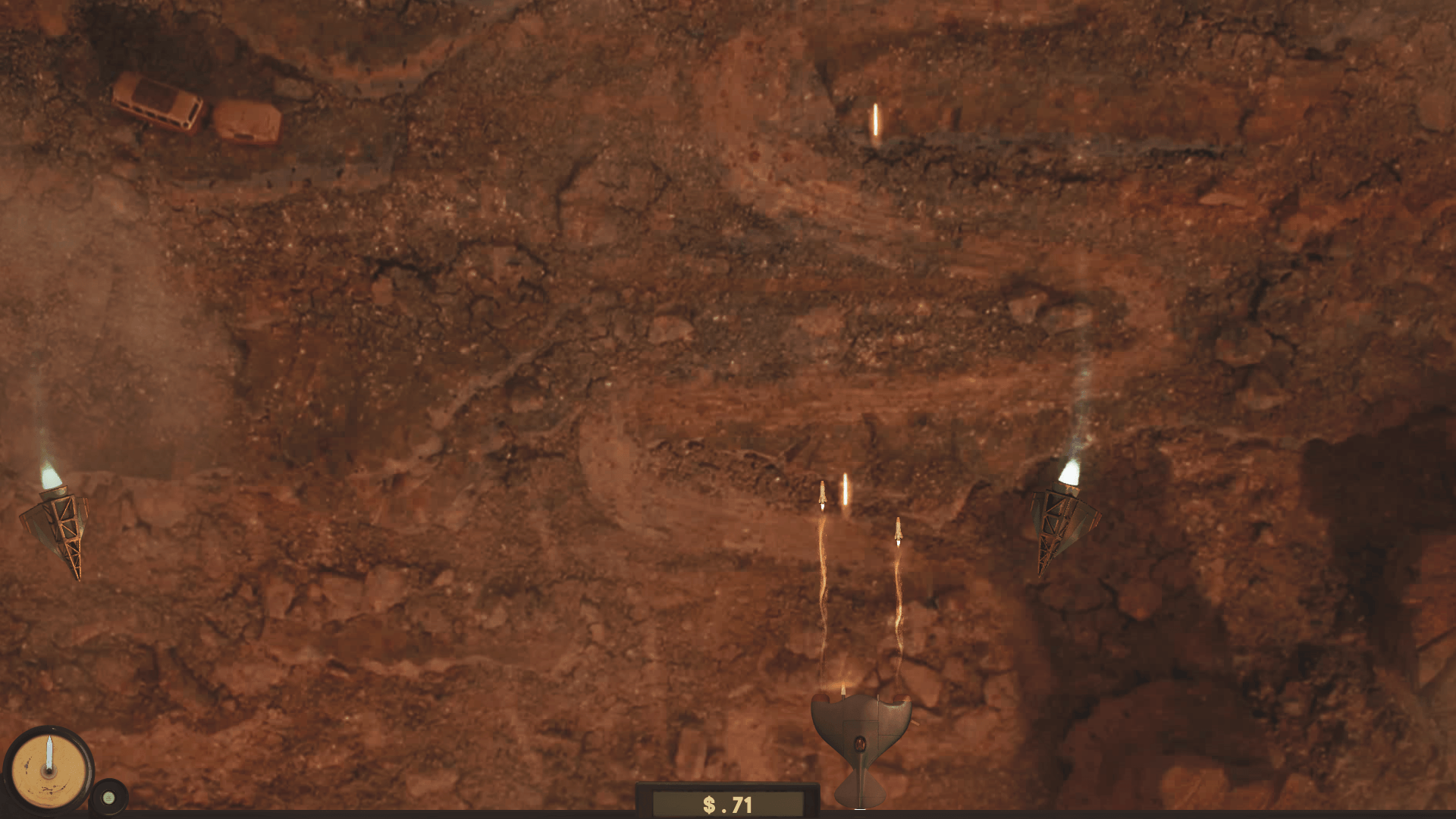 Controlling the Blue Flamingo with the keyboard and mouse takes a little while to get used to.

The developers gave two options to control the Blue Flamingo in its journeys: a keyboard and mouse combination and a game-compatible joystick. With the combination option, maneuvering the ship as well as deploying bombs is controlled with the keyboard, while shooting the guns is controlled with the mouse. While some shmup players may fare well with the keyboard and mouse combination, many will be disappointed that there is not an option to fully control the ship with the mouse or keyboard. Some players may be well-versed with controlling other shmups with just the keyboard or mouse, and it does take a little learning curve to adjust to the combination scheme.

The Blue Flamingo, overall, is a unique shmup game. However, it may not be for all shmup gamers, especially if the lack of in-game upgrades and the limited control options would frustrate them. What the game does promise, however, is an interesting take on risk and approach to the genre that is solely focused on scoring.