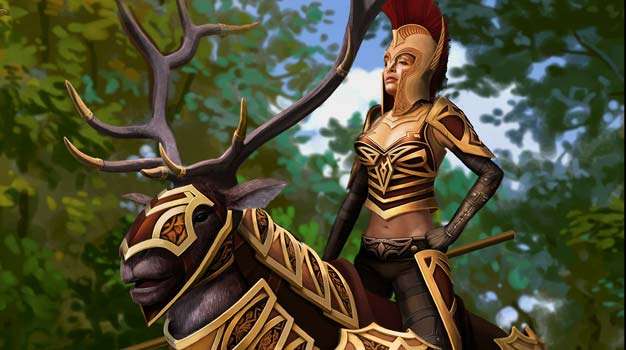 If you’re at your local store wherever PC games are sold and you see Elven Legacy on the shelf, you might roll your eyes. You then might think to yourself, “Wow, they’re really breaking new ground here with this game. I bet this one is a winner.” Then you’ll go back to your sheltered, little life where everything is given to you on a golden platter and miss out on neat things. Neat things like Elven Legacy.

Yes, at first glance Elven Legacy looks like yet another Lord of the Rings strategy/fantasy game knock-off that was made by a second-rate developer. The cover art is unimpressive, the name is dull, the characters look incredibly generic, and there seems to be no major hook to buy the game, let alone play it. Besides, what the hell even is an elven legacy? Hopefully, by now I’ve addressed most of the concerns that those of you who doubt this title are having. So, it may surprise you that I’ll now spend the rest of this review proving your doubts wrong and showing you why Elven Legacy is actually worth your time and maybe even your money.

Elven Legacy isn’t like most strategy games today because it’s a turn-based strategy game as opposed to the more popular real-time strategy game (i.e. Dawn of War II and Red Alert 3). As a devout PC gamer for many, many years this strikes a certain chord with me as my all-time favorite PC game is Heroes of Might and Magic II. That game alone was the peak of TBS games and the genre wouldn’t see much excitement until the Total War series. So, needless to say, in this reviewer’s eyes Elven Legacy had some mighty fine boots to fill. 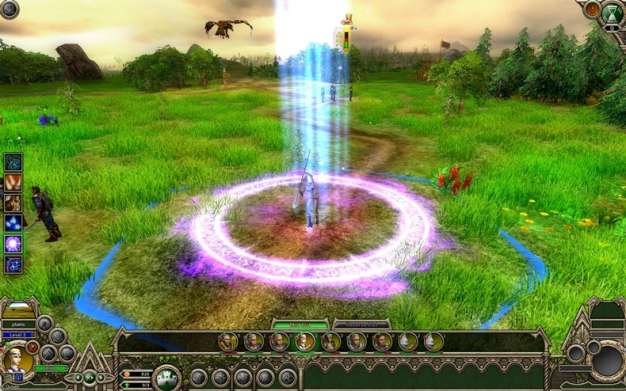 The game begins with your typical cutscene giving the background of what has gone on in the world thus far. A human mage has broken into a sacred elven location and made off with forbidden elven spells that were never to be used. To me though, the sign of a great spell is one that after you create it you realize, “Whoa, definitely no one should use this spell for any reason ever.” As the mage is getting away he’s spotted by an elven scout who reports to her queen what has happened. The queen sends her most trusted aid to help track this mage down so that their secret spells aren’t released to the world. That’s the story in a nutshell. You can use your imagination to fill in all the “epic” adventures that are bound to follow!

The first level sets you up with your two main characters and a couple basic infantry units. Each level’s primary objective generally requires you to reach a certain place on the map. Finding that place usually means just heading into the other corner of the map. However, therein lays the problem. In doing my research on this game before I played it, I learned that Elven Legacy is actually a follow-up to a game called Fantasy Wars. While the game got modestly good reviews the biggest gripe seemed to be the game’s brutal difficulty. Well, for those of you who have played Fantasy Wars I can assure you that the brutal difficulty is back. I don’t recall a game where in the second level I thought I was going to have to give up. 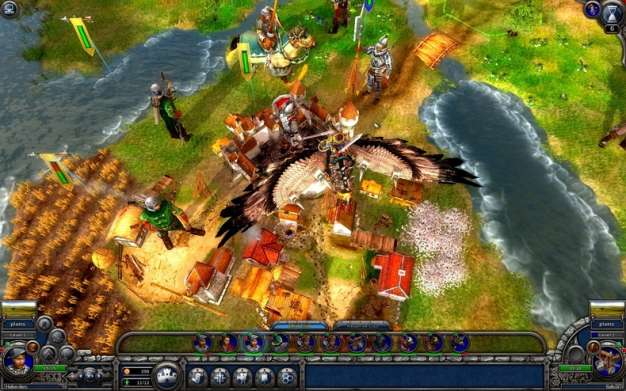 What makes it so hard? For starters, if you aren’t a strategy game regular, I wouldn’t recommend this being the first one you play. The game never explains the details of how combat works. That will be covered later though. Also, each level awards you with a gold, silver, or bronze trophy based on how few turns you were able to beat the level in. At the start of each turn, a message pops up reminding you how many turns you have left in order to get each trophy. For me at least, this really makes you want to beat each level to get that gold trophy as the reward for doing such grant you troops and gold that are vital. Herein lies yet another problem. Getting that gold trophy means you have to dart straight across the map with your seven troops (each with varying amount of spaces they can move) and pray that enough enemies don’t attack (and massacre) you before you even get there.

Earlier, I mentioned that second level that almost made me quit the game. I am convinced that no person can get the gold trophy on that level in the amount of turns the game dictates. Before you even have a chance to get to your target location, you’ll be swallowed up by all the enemy units you tried to pass. This leaves you surrounded and with zero chance to complete your mission. So how do you deal with this? The only way around getting massacred is by taking your army to each part of the map and wiping out the enemy units one by one so that none of them can sneak up behind you once you are about to reach your final destination. 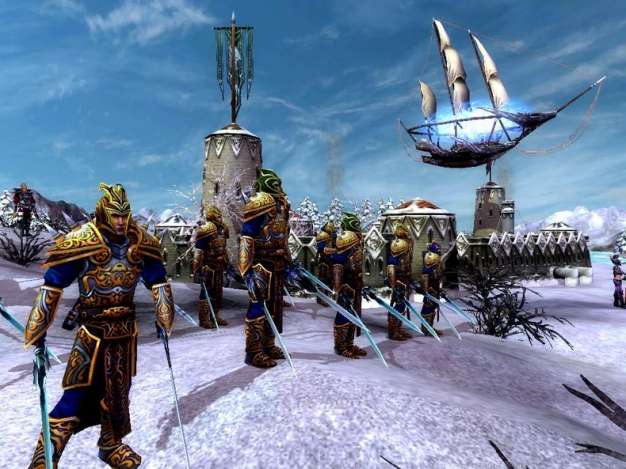 This is a nice transition into the combat system in Elven Legacy. Each unit can perform two actions each turn: a move action and an attack action. They can do both in either order. When one unit attacks another the usual attack vs. defense ratings are compared, and damage is then distributed amongst units. This is as good a description as I can give you because the game never actually explains what stats mean what in battle. Other than the punishing difficulty, this is the only major complaint I have with the game. You feel like you are sending your units out to fight without any idea how they will fare once an attack order is given.

Elven Legacy does make you think when you are moving your units around deciding which ones will attack. Having a ranged unit next to another unit serves as backup so that if you are attacked, not only do you retaliate against that opponent, but the friendly ranged unit does as well. That’s not just strategical my friends, that’s strategy. Overall, the combat pretty much plays like a board game where you move your people around and attack other people. The one thing I do like about the combat system is the inclusion of experience points. It can be pretty grueling leveling up some units, so you do NOT want to see them die and therefore you will play extremely carefully. Oh, but remember, you’re racing against the clock for that gold trophy too. 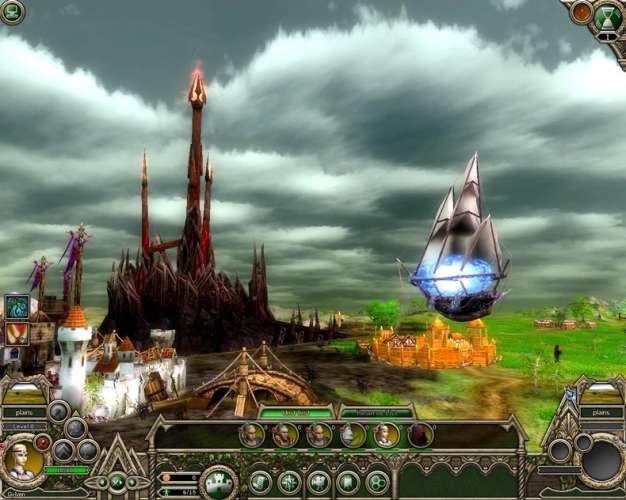 Elven Legacy is a good turn-based strategy game. At times it’s frustrating because the combat feels like an absolute crap shoot. While other times you will be surrounded by an army three times as big as yours, and you don’t know where they all came from. However, most of these problems can be avoided by playing each level very slowly and carefully defeating each unit on the map before progressing too far. When you do beat a level, it will feel rewarding, because you earned it. But if you’re not a strategy game fan, particularly a turn-based strategy game fan, then I would pass this one up because chances are you will end up getting angry with the game mechanics.