Epic Chef shows you what kind of game it’s going to be very quickly. The player character, Zest, is hurled off a ship onto shore, where he explains to local guards that he has the deed for a nearby property. The townspeople are hesitant as the property is apparently cursed, but nonetheless, Zest is happy to have so much property. Then a robot teaches him how to plant crops and cook dishes, before he ultimately has to best another guard in a cooking battle. From that description, you might think that you know everything Epic Chef has to offer, but I think you might be surprised. 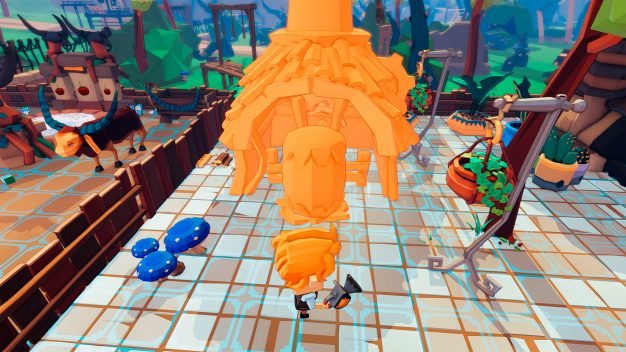 A lot of the core gameplay is the same kind of thing we’ve seen many times before. Zest has to collect resources to build up his farm, plant and take care of crops, and combine those crops in certain ways to make recipes that will beat those of his opponents. The gameplay loop is somewhat similar to that of Battle Chef Brigade, mixed with the tried and true mechanics of Stardew Valley. It doesn’t have the clever variety of gameplay of the former, or the heart and wide open nature of the latter, but in this sense Epic Chef does its job fine. I actually like that the crafting and gardening are somewhat simplified here, to be honest; survival and farming games don’t usually do much for me. So while it may not be anything to write home about, it is perfectly serviceable. 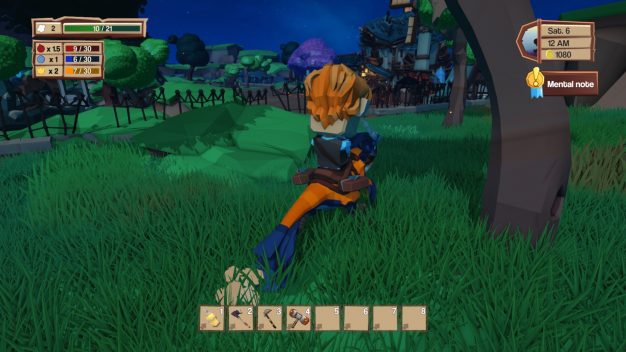 But beyond these core mechanics, Epic Chef is as much a narrative adventure game as it is a farming game. Quests for, and conversations with, the people of the town take up more time than you’d think. This pairs well with the simplified mechanics, so that neither part feels like you’re wasting time that should be spent on the other. You won’t find anything too serious in the writing, though; it keeps a pretty light and humorous tone. The comedy can be hit or miss, but there were at least a couple of parts that had me laughing out loud, so that counts for something. But is that enough for the story to be compelling? Not to me, honestly. There’s nothing wrong with Zest; he’s very likable and I always wanted him to succeed. It just wasn’t enough to pull me through to the end. 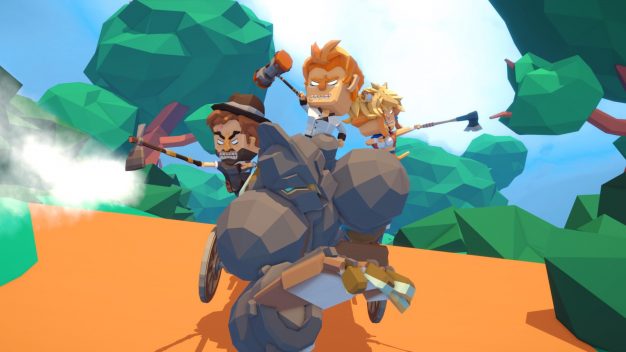 If the crafting, farming, and cooking aspects appeal to you, then you might have a different experience. This isn’t some bargain bin ripoff; Epic Chef is a solid game. But none of the parts grabbed my attention well enough on their own, and putting them all together doesn’t really add much to them. In the vast sea of games like this, while Epic Chef may not fade into the background, it doesn’t push its way to the front either.