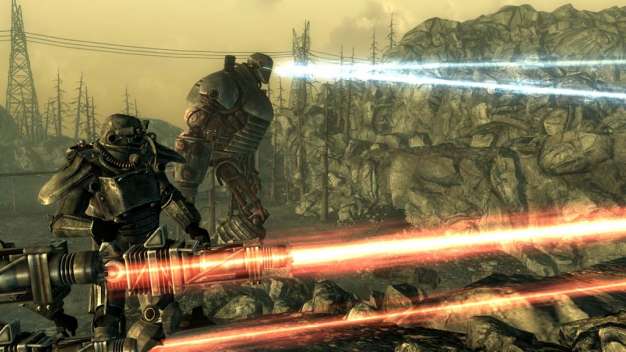 Reader beware: This review contains spoilers to Fallout 3‘s main story line. If you don’t want any hint of what happens at the end of Fallout 3 look away now. Broken Steel is the third and presumably last downloadable episode of Fallout 3 following Operation Anchorage and The Pitt. It’s the only episode that takes place mainly in the Capital Wasteland two weeks after the conclusion of the original story. As we all know (be warned huge spoiler) the player’s story does not end after the events in the irradiated chamber of Project Purity. Whatever decision the player chose to take to end the mission will cross over into the new content. When it begins you learn the Enclave has their backs against the wall and the Brotherhood of Steel is looking to wipe them out once and for all by hitting them where they live. This is where the player comes in to ultimately save or destroy the day.

Since Broken Steel continues the main campaign, it gives incentive to keep doing side quests you may not have gotten to before. The level cap has been raised to 30 and new perks, weapons, enemies and armor have been added to keep things moving along for several hours. Some of the new perks include the ability to convert every ten Nuka Cola’s in your inventory into Nuka Cola Quantum, learn how to make every weapon in the game without schematics and watching yourself erupt in a nuclear explosion if your health gets too low. You can’t reach level 30 by just rushing through Broken Steel‘s story. Achieving the maximum level and completing the story will probably take 4 or more hours to do. Throughout the adventure you can go the good route and destroy the Enclave at Adams Airforce Base or be the scorn of the Wasteland and leave countless innocent bodies in your wake.

Broken Steel does contain some new sidequests that can be completed quickly or drawn out. For example caravans carrying Aqua Pura are constantly being raided by raiders and super mutants. You can either find out who’s behind it and stop them or participate in the raids and earn some extra caps.

It’s good that Broken Steel increases the level cap because it can become quite challenging. The main story is mostly combat driven, often pitting you against tons of Enclave forces with little to no backup. It’s tries to even itself out by allowing you to acquire powerful new weapons that transforms you into a one man army. The number of Enclave you will defeat also help to keep one of the new weapons and armor in good shape. You’ll hardly be able to take a breath in the final mission and that’s the way I like my conclusions. 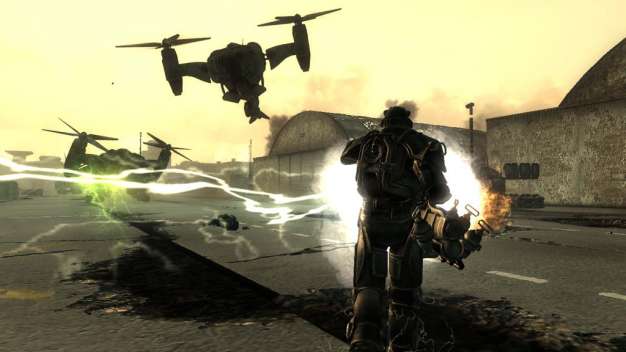 We read some reports of Broken Steel containing errors when it was released but encountered no such bugs ourselves. Everything ran smoothly with occasional texture and environmental pop in that was always present within Fallout 3. Others have reported experiencing Achievements not showing up on Xbox Live, however that is being worked out. Don’t let that stop you from spending the 800 ($10) MS points on Broken Steel. It’s more than just a side story, it’s more Fallout 3 altogether. Don’t be surprised if you spend close to 7 hours getting every new thing in the expansion. It’s worth the purchase.

– Some minor bugs
– Difficult curve is a little on the needlessly steep side
– There just isn’t enough of it!