In the past I’ve written about a variety of virtual reality games and experiences. Each time, the most impressive part of the experience was the immersion. Video games (I would argue) are already more immersive than most media, and VR takes that one step further. That’s why some of the earliest things made for the Oculus Rift are story based. But Fated: the Silent Oath isn’t a five minute silent avant-garde piece; it’s a full story with characters that have personality. It was a very cool experience, to take the role of a character in a story unfolding around you. It’s just a shame that there are a couple of things ruining the experience. 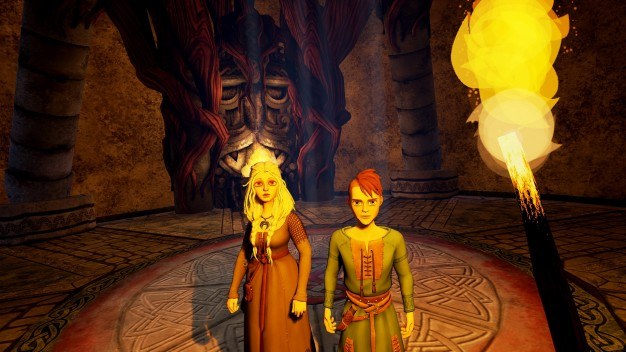 Rooted in Norse mythology, Fated tells the story of a family returning home from…something. You play as Ulfer, who begins the game nearly dead and approached by a spirit. She makes a deal with him: his life for his voice. It’s a clever way to avoid the awkwardness of a silent protagonist in modern games. Soon, they find their home destroyed, and the family must explore catacombs and solve puzzles to escape ancient giants. I won’t spoil any more of the story than that.

Suffice to say that the characters are simple, but believable enough. It’s not exactly a grand tale of adventure, given its length, but it’s cinematic and written well enough that you want to help these characters. A basic understanding of Norse mythology is helpful, but not necessary. It’s worth noting that the game does a great job of making the characters feel real and helping the player get to know them, given the short span of the story. 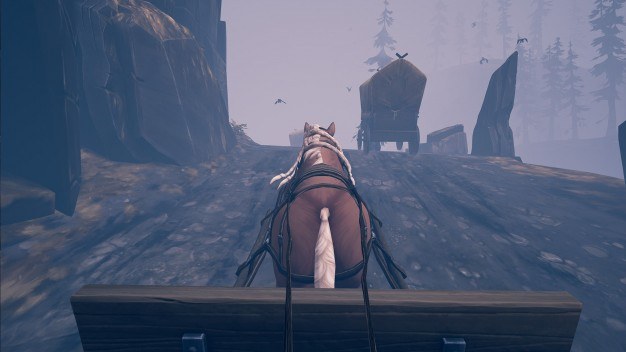 Given that this is a primarily story-driven game, the controls are pretty simple. Using a normal controller, you move around with the left joystick, look around with the right stick, and use one hand with each of the triggers. Fortunately for those with motion sickness problems, in addition to typical “camera” rotation, there is a mode that lets you rotate to fixed angles. You can also nod or shake your head to communicate in some scenes, but as in the Legend of Zelda and other games, your answer doesn’t really change anything. As a Vive owner, I find the controls disappointing. This game would certainly benefit from motion controllers and roomscale VR. But because the game is available for the Oculus Rift as well, we don’t have that option. I sincerely hope that they change that in an update.

Most of the game is just walking around, but there are more than enough “activities” in between to stop it from getting too boring. There are fairly easy puzzles to solve, a section where you have to control a cart using the triggers, and one point where you can hunt with a bow. These are pretty good distractions, and the game would be dull without them. At the same time, though, some of them sort of break the flow of the story. It doesn’t always quite work, but it’s probably a worthwhile compromise. 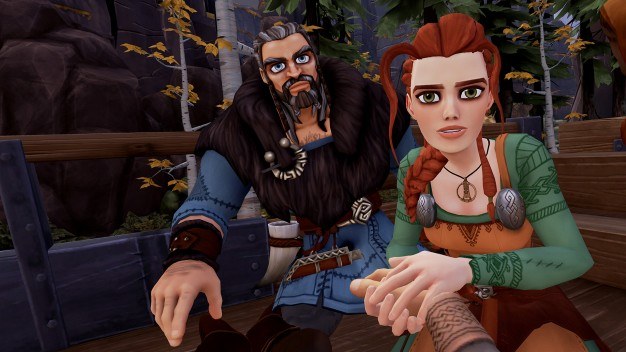 The biggest problem, as fans of Indigo Prophecy can tell you, is that a story is only as good as its ending. And the ending of Fated is very disappointing. I won’t spoil it here, because you may disagree, but suffice to say that there’s no real conclusion, and while there is the illusion that you can get a better ending by doing better at the last part of the game, I’ve found no evidence for that being the case.

It doesn’t help that the rest of the setting and plot aren’t fleshed out all that much, so you barely even have that to fall back on. False choices are one thing, but this game’s story doesn’t actually have anything close to a satisfying ending, and that’s a pretty major problem. I’ll grant that it’s possible there’s another ending, and neither I nor anyone who’s posted online has found it, but it seems unlikely. 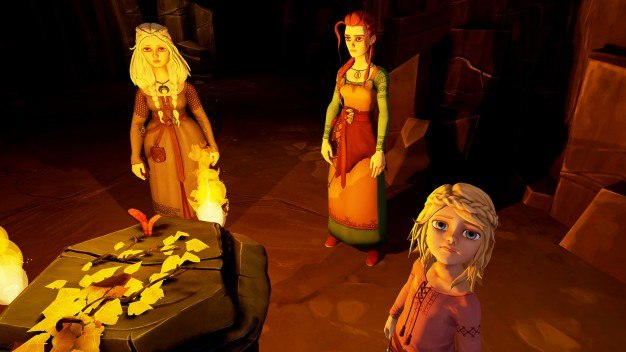 I did have fun playing Fated, bad ending and all. It does a very good job of making you feel like you are the character, more so than any non-VR game could, and it tells what would be a compelling story. Even the joystick controls can be somewhat forgiven, considering how new the hardware is. It’s worth playing, but especially given the price, I’m not sure I can recommend it.

It doesn’t necessarily mean they should change the ending or even add an alternate ending; I just would have liked to know what happened afterwards. There’s something given great significance early in the game, and that goes absolutely nowhere, even though it should play into the ending. If that and the price tag don’t bother you, Fated is a great feat of virtual reality storytelling. But if a letdown ending is too harmful to your experience, you might want to try something else.

In the end, it doesn't even matter