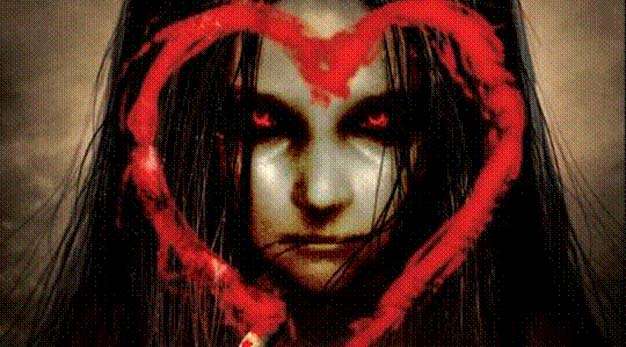 Released in 2005, the original F.E.A.R. was celebrated by critics and gamers alike for its unique blend of kinetic firefights and J-horror inspired chills. In the years that have passed, that good name has been eroded by a string of disappointing externally-produced expansions. Now, four years later, with the series finally back in the hands of the original developer, Monolith is tasked with creating the sequel that F.E.A.R. deserved all along.

It’s an unenviable task. Four years is a long time in gaming and even longer time in the world of the first person shooter. Call of Duty 4, Halo 3, Half-Life 2: Episode 2 and BioShock have raised the bar immeasurably since the Point Man first wandered down the corridors of the original. Add the recently released Dead Space to the list of competition, along with the looming threat of Resident Evil 5 and you begin to appreciate what Monolith are up against. Disappointingly, F.E.A.R. 2: Project Origin isn’t quite up to the challenge.

You are Sgt. Michael Becket, dispatched with the rest of Delta squad to investigate the goings on at Armacham Technology, a nefarious organisation bent on creating of an army of telepathically controlled Replicas. Beginning just before the climatic events of F.E.A.R., Becket’s mission is soon thrown into chaos when a massive explosion that rips through the city. The culprit? Alma, a young girl freed from the clutches Armacham and equipped with phenomenal psychic powers. F.E.A.R. 2 takes Becket on a journey from the outskirts of the city to the very heart of the explosion and, ultimately, to Alma herself.

The majority of the 10-hour campaign is spent battling the Combine/Helghast-like Replicant soldiers of Armacham. Armed with a loadout of 4 guns, a seemingly endless variety of grenades and F.E.A.R.‘s signature slow-mo ability, you make for a formidable foe. Perhaps too formidable. Whilst the enemy AI is genuinely impressive, very rarely are they around long enough to display it. Similarly, there is a cover creation system allowing both the protagonist and the Replicants to flip tables and scenery to hide behind, but it’s largely redundant.

Combat, for the most part, consists of hitting the slow-mo button, blasting as many enemies as possible before the time runs out, waiting for the meter to recharge, then doing it all over again. Whilst the silly yet fun gore-‘splosions of a direct hit and the general feeling of badass-ery stop this from being an entirely empty experience, it eventually becomes a slog. The uninspiring environments some of these battles play out in doesn’t help either. If you’ve seen one destroyed city, strewn with burnt-out cars and piles of rubble, you’ve seen them all.

It’s these sections which ultimately let the game down. It’s not that they are bad, just uninspired and frankly a little stale. It’s a shame, as F.E.A.R. 2 isn’t lacking in good ideas. Certain sections drip with as much atmosphere as there is blood on the walls, yet all too frequently gameplay falls back into tired familiarity. One moment you’ll be creeping around the murk of a twisted research facility, manically twisting and turning, stalked by Abominations from all sides, terrified of where the next attack may come from. But shortly after, you’ll be back in yet another grey, featureless bunker, battling the same identikit soldiers you’ve killed a million times before in a million different games.

Take new additions, the Remnants. Victims of the blast, Remnants were psychically strong civilians whose latent powers have allowed them to ‘live’ on, tragically acting out their final moments as the city crumbles around them. A piano teacher at an elementary school, a businessman hailing a taxi – disturb their melancholic performance and they become gruesome puppet-masters, able to reanimate corpses and send them after you.

Remnants are fantastic enemies, marrying F.E.A.R. 2‘s often disparate horror and action elements and requiring a fresh approach to defeat. But they are frustratingly underused. If there are more Remnants than the two mentioned above then they passed this reviewer by. Why this decision should be made when the game seems happy to pit you against wave after wave Replica’s is anyone’s guess. 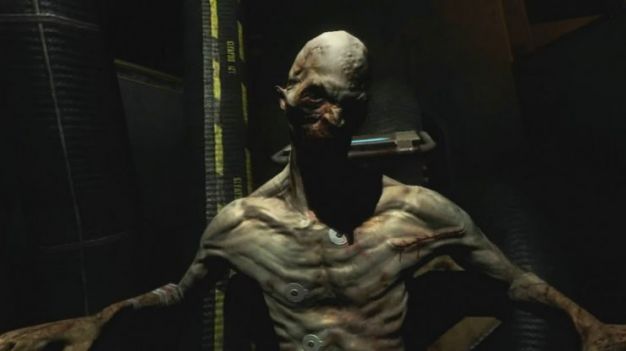 Unfortunately, a seen-it-before, old-school feel permeates the entire experience. The HUD is a bit over-the-top and imposing, the game features health-packs and armour-vests conveniently dotted around the environments, there are undisguised loading screens between levels. None of these things are game-breaking or even bad, just disappointingly backward-looking. In 2009 we expect more.

The scares are a little hit and miss too. Whilst sections of the game bristle with atmosphere thanks to some nice lighting and sound design, actual scares are few and far between. The first time Alma pops up in your face, it’ll likely make you jump, but it quickly looses impact. It’s not helped by most of the overtly ‘horror’ elements being signposted by visor interference, usually preempting a vision of some kind. But they are just that, visions. Separated from actual gameplay, these leave you a passive observer. But that is perhaps missing the point. Like the original, this is not a survival horror game, but action horror – with the emphasis very much on action.

The Elite Powered Armour (E.P.A.) are perhaps the purest example of this. Basically giant mechs, step into one of these bad-boys and you are effectively invincible, able to dish out chaingun and missile flavoured pain to all around you. There is nothing subtle about these sections, nor should they be. E.P.A’s merely offer respite from the grinding combat and the chance for a bit of soothing mass-murder. You jump in, rain down death, walk until the environment won’t let you walk out any more, then jump out. Simple and fun.

It really is hard to completely condemn F.E.A.R. 2, for in truth it does very little wrong. This review may seem harsh as from a technical perspective the game is a success. The graphics are fine, the sound design works very well, and the core shooting mechanics are solid. But it could have been so much more. When we previewed the game last year we were genuinely excited about the possibilities, even going so far as to suggest it could be one of the best shooters of 2009. But F.E.A.R. 2‘s 10 hour campaign fails to live up to that promise. Instead what we have is a perfectly well executed, standard FPS that is unable to seperate itself from the pack. For some that may be enough, but for those who anticipated what this game could have been, for those who dared to hope, you have much to fear.

Note: At the time of writing, the multiplayer servers were offline.