When I volunteered to review Fuhrer in LA, I thought I was getting something very different. The description I was sent was evidently describing a different game, but accidentally ended up under this title. So what I thought would be some weird game about animals turned out to be a weird game about Hitler. And if that doesn’t already tell you what you need to know, well, read on. 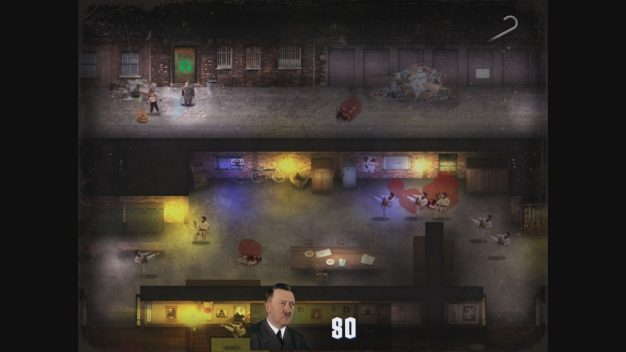 At first it seemed to me like Fuhrer in LA was a stealth game, and to some degree it is. Most stages have you play as the titular fuhrer, trying to make your way through locations intact. Stealth is helpful, but it isn’t always viable. Combat is as basic as it gets; you’ve got a one-key melee attack by default, which can sometimes be replaced with a gun. There is some variety in the game play thanks to a couple of vehicle-based stages, but overall, I just didn’t have a lot of fun with any of the stages. It plays more like an old Flash game than a modern indie game, or a cheap mobile game. 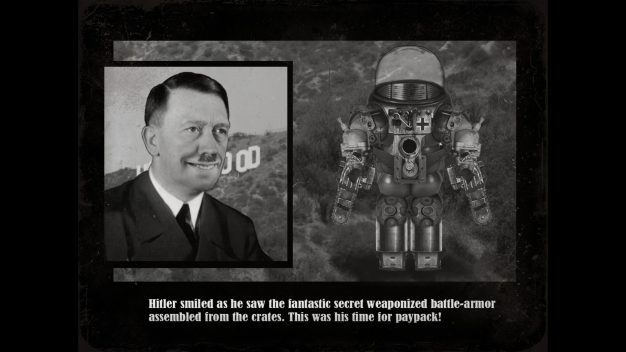 In fact, it is exactly that; Fuhrer in LA is originally a mobile game. And the only reason one might want to play it on PC is the visuals, which are admittedly unique. No pixel art here; outside of the top down perspective, it sort of reminds me of old photos. It certainly stands out, but it is also somewhat countered by the audio. There is a LOT of shouting in German, with no subtitles. I realize that all of this is supposed to be comedic, but that doesn’t mean it doesn’t get annoying. 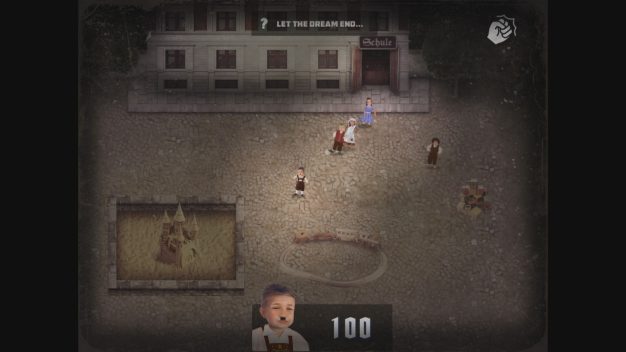 If you think a game like this would be worth a laugh, go ahead and give it a try; it’s only a few bucks. But you aren’t going to find much depth or replay value, and there are only a handful of stages. Fuhrer in LA is very much for the small niche of players who get a kick out of making fun of Hitler, and while there’s nobody better in history to make fun of, it doesn’t make for much of a game.