Did you ever find yourself playing Metroid Prime and wish you could spend more time controlling the morph ball in 3D space? Honestly, it’s one of my favorite parts of that game. And clearly, it’s a favorite for the developers of Glyph. What starts off looking like a simple Super Monkey Ball clone actually has more depth than you would think from looking at it. 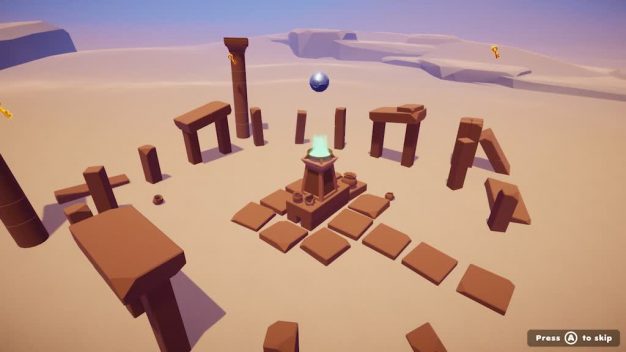 Glyph casts the player as a sort of metal scarab curled up into a ball, tasked with exploring platforming environments and finding keys, coins, and other collectibles. It’s easy enough to pick up the gameplay; you just roll around, jump, and glide. The jump and glide recharge when you hit a solid surface in any way, so there’s some vertical platforming too. I had no trouble getting started, but it did feel like there was something of a delay to the controls. I found that I had to push the joystick further to get momentum, but that in turn I always ended up flying too far and having to correct my path before landing. It got a little bit frustrating, but it’s also very possible that this is just me. 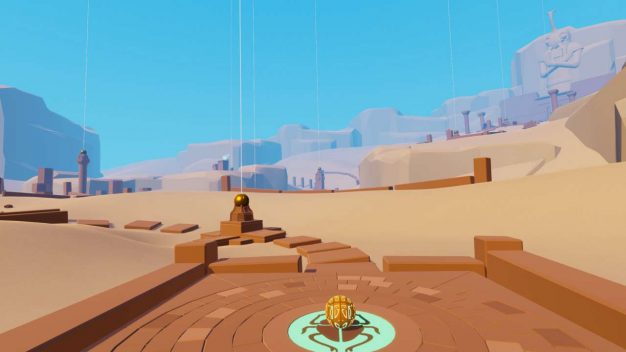 There is something appealing about the game’s aesthetic too. The blue sky and simple desert landscapes, combined with the gold scarab, create a feeling that is almost relaxing. The environments become significantly more complex as the Glyph goes on, but the look is still pretty simple. It might even be a little too simple, but it does at least complement the gameplay well enough. 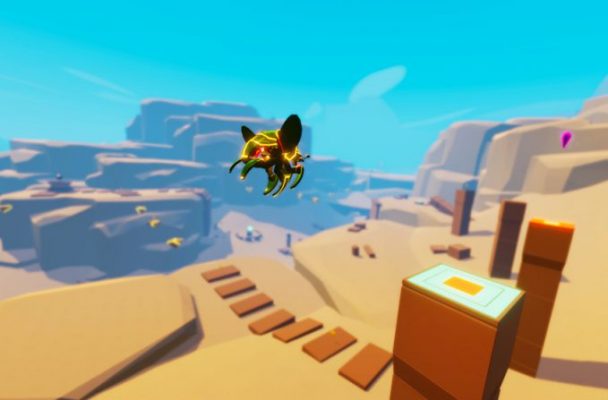 Glyph is missing something to give it that edge; it doesn’t have what it takes to be a must-play indie like Hades, for example. But it does try something a little different, and we always appreciate trying new things. Once you get used to the controls and the momentum, Glyph is honestly pretty fun, and it isn’t bad to look at either. It can be extremely frustrating too, but even so, it’s worth a try if you enjoy rolling around and platforming.

Transform and roll out