Space: the final frontier. Explored by many sci-fi games, yet truly mastered by nearly none. With a handful of elements of games past, a beautiful pixel art style, and a healthy coating of Star Trek imagery, Massive Damage seeks to boldly go where only a few game developers have gone before with Halycon 6: Starbase Commander. This bold trek has noble intentions and is 100% for the fans, many of whom backed the game through the Kickstarter campaign, but the adventure suffers from bouts of stagnation. 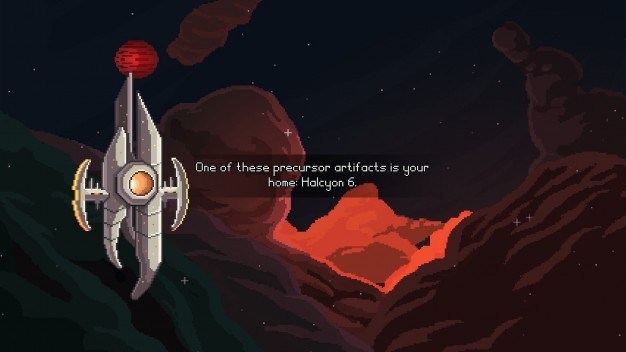 The story of Halcyon 6 is pretty standard fare for many sci-fi plots. The human race has become more advanced due to technology from alien races and an ancient alien species attacks in a time of peace (a la Mass Effect). It is the player’s job, as the new acting commander of the human federation, to build a fleet of ships and recruit officers to pilot them, negotiate with surrounding alien races, fight off invading pirates, and ultimately survive the invasion of the ancient aliens known as the Chruul.

There are several emergent story moments with the surrounding alien races. Unfortunately, due to the procedural element of the game, those story moments can come very few and far between. This leads to some poor pacing and long stretches of the same old song and dance for much longer than I would have liked. 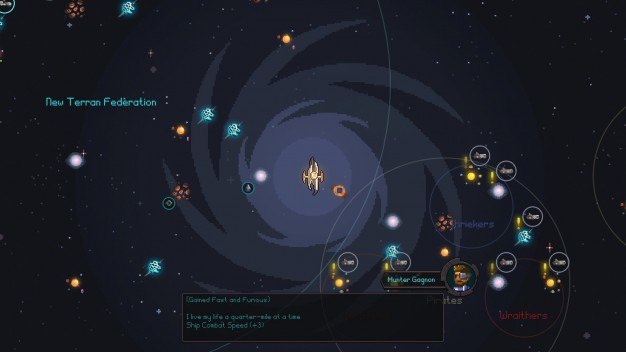 When explaining what kind of game Halcyon 6 actually is, it can seem more complicated than what you’re presented with. There are elements of recruitment and base building much like the recent XCOM games. There are also RPG elements with a turn-based battle system, and strategy game style exploration and resource management.

Basically, Massive Damage saw all of these elements had success and attempt to utilize them all together; which they do fairly competently. However, I can’t help but feel they don’t utilize each element to its full potential. 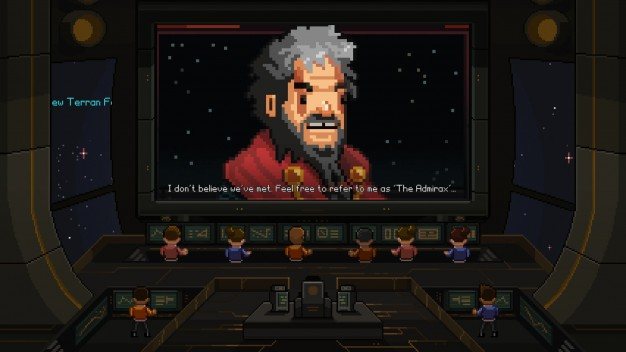 The biggest means of progression in Halcyon 6 is in the base building element. In the first half you need to send your ships out to different planets in order to mine resources and build bigger, better rooms that allow you to have better crew members and stronger ships. The layout of the base is very, very similar to the recent XCOM games. So similar, in fact, that it seems questionably legal.

Aside from that, the base building works well enough, but the whole mining resources process is just a hassle and a time waster. Luckily about halfway through the game you get access to shuttles that automatically brings the resources to your base. This really begs the question of why you aren’t able to do that upon discovering the resource in the first place. 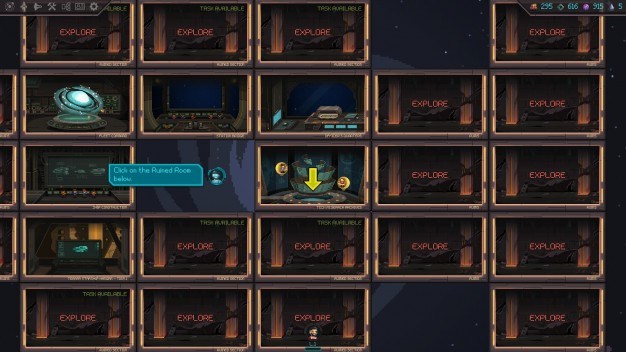 The base building is nearly identical to Firaxis’ XCOM

At the very start of the game you are tasked with recruiting your first officer, who is in charge of piloting your ships and fighting your battles. In Halcyon 6 there are 3 classes for officers: Tactical which works as a DPS type, Engineer which works as a tank/support, and Science which works as a healer. These work very much like the classic rogue/warrior/mage classes in a JRPG.

Each officer has a different back story and set of skills that correlates to their class. For example, after I progressed through the game and built up my cadet barracks I was given the option to perform experiments on my cadets. These experiments gave me a tactical officer named Bucky Rogers, an obvious reference to Captain America and his sidekick, who had the official back story of being a super soldier due to strength serum experiments and had an expertise in ground combat. 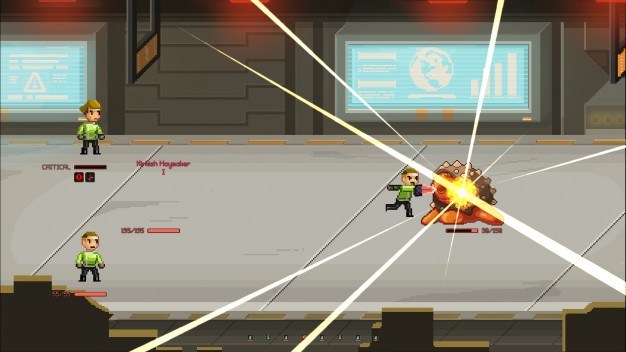 Bucky Rogers unleashing the “Kirkish Haymaker” attack on the Chruul

The combat in Halcyon 6 is serviceable, but lacks real depth. There are buffs and debuffs, similar to a standard turn-based RPG, but different attacks get a damage boost from certain debuffs. For example, the attack “Hassle” exploits the “Sensors Down” debuff for extra damage. There are battles between ships and ground battles which play out mostly the same, but with different names for attacks.

Unfortunately, there are not many options with how you proceed in these fights and they happen incredibly frequently. It is safe to say that the fights take up at least 90% of the gameplay. After a few hours into the game, the combat feels like a chore as you spam the same set of attacks and debuffs until you win. 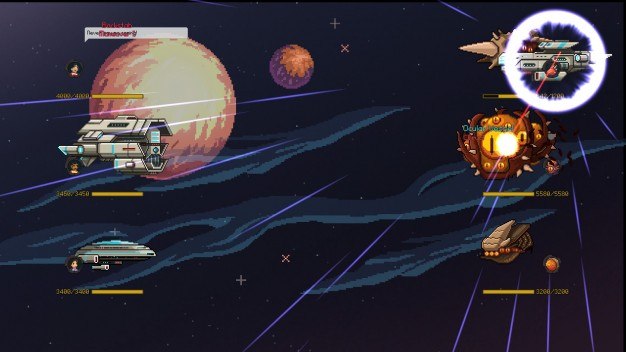 At certain moments in the game, Halcyon 6 will task you with questions of diplomacy. This could show up in the form of an alien race attacking another, tasking you to either intervene or let it go unchecked. Or you could be given a dialogue tree after an alien race asks for your help with a certain task. Usually those tasks are just “fight this fleet for us, please.” 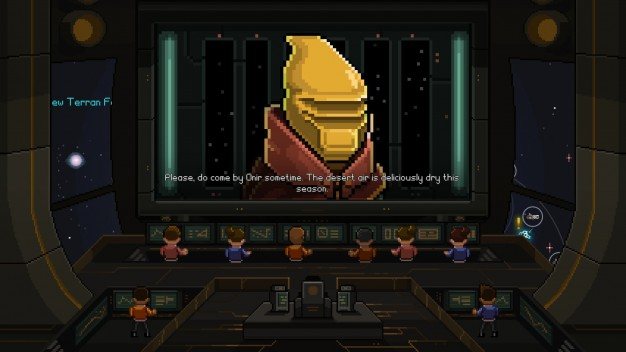 There is potential for some fun to be had with Halcyon 6: Starbase Commander, as long as you’re willing to look past some pacing issues and an over-reliance on very repetitive combat. The art style is charming and wonderfully done, the game is very tongue-in-cheek with its references (I unlocked abilities that referenced the Fast and Furious series and Top Gun), and the base-building is fun to organize. Overall, Halcyon 6 feels like a game made up of a lot of fantastic ideas gleaned from superstars of the genre, but it stumbles in the execution. The final product can be a repetitive, and often boring, grind throughout large chunks of the game.

In space, no one can hear you yawn

Halcyon 6 has an amazing aesthetic, but the gameplay fails to deliver and does a poor job of keeping you engaged.