“Headland, come into my Headland. Slip into this Headland. What will you do?” Those are the part of the lyrics to Northplay Games latest release Headland. When a game studio has a budget for a catchy tune, that’s when you know that the game is a little bit better than your average Nintendo eShop fluff.

So I took a chance, and I wasn’t wrong; Headland is that action-adventure game that mimics your traditional Zelda game. There are enemies to be slashed and hacked with, there are resources to gather, and there are plenty of secrets to be found. The premise is that Nor, a young boy, is stuck in some dream (or is it a nightmare?) where the inhabitants are robots.

A dark presence ends up destroying his imagination (apparently his way back into reality as well) in the form of scattered Imagination Cores. It is then up to Nor and his robot buds to team up and gather back all the cores by going on a journey around this dreamland. Or shall I say Headland? 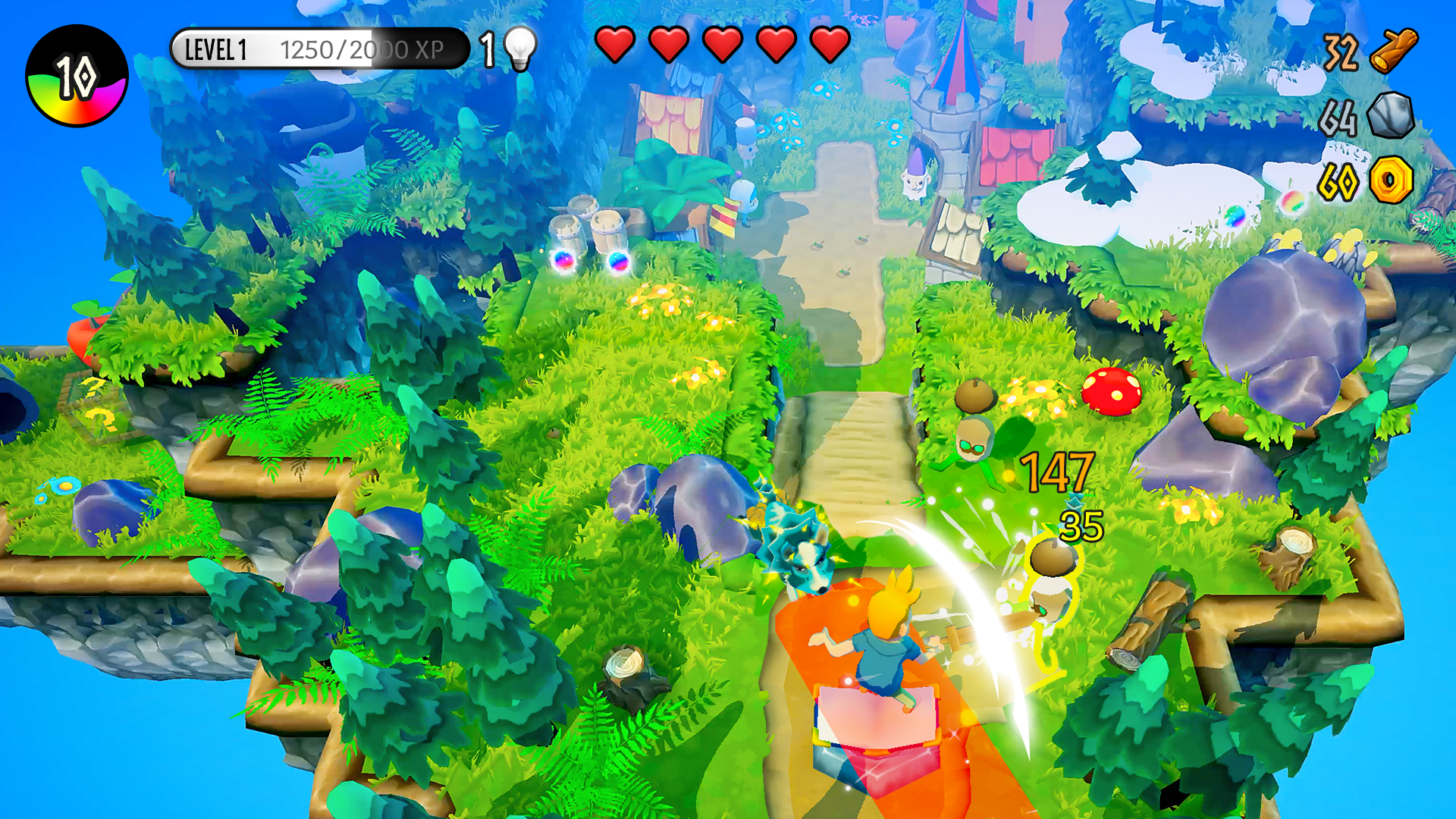 Anyway, in Nor’s journey, he will face plenty of enemies that are, to be candid, lower on the artificial intelligence level than your average action-adventure game. Attacks are easily avoided by dashing or just getting out the way since, when enemies attack, they will display an area of effect. It seems like the only difficulty when facing enemies is when there are so many of them that they gank you.

This is especially true when you are knocked down, you will have to press certain buttons in order to get up. They’re random too, so it’s not the same button combinations that you can remember and quickly press to get back up. The enemies also get random power-ups as well, sometimes they can duplicate themselves or be on fire, so those can pose a hazard if you’re just button mashing the attack button to get by. 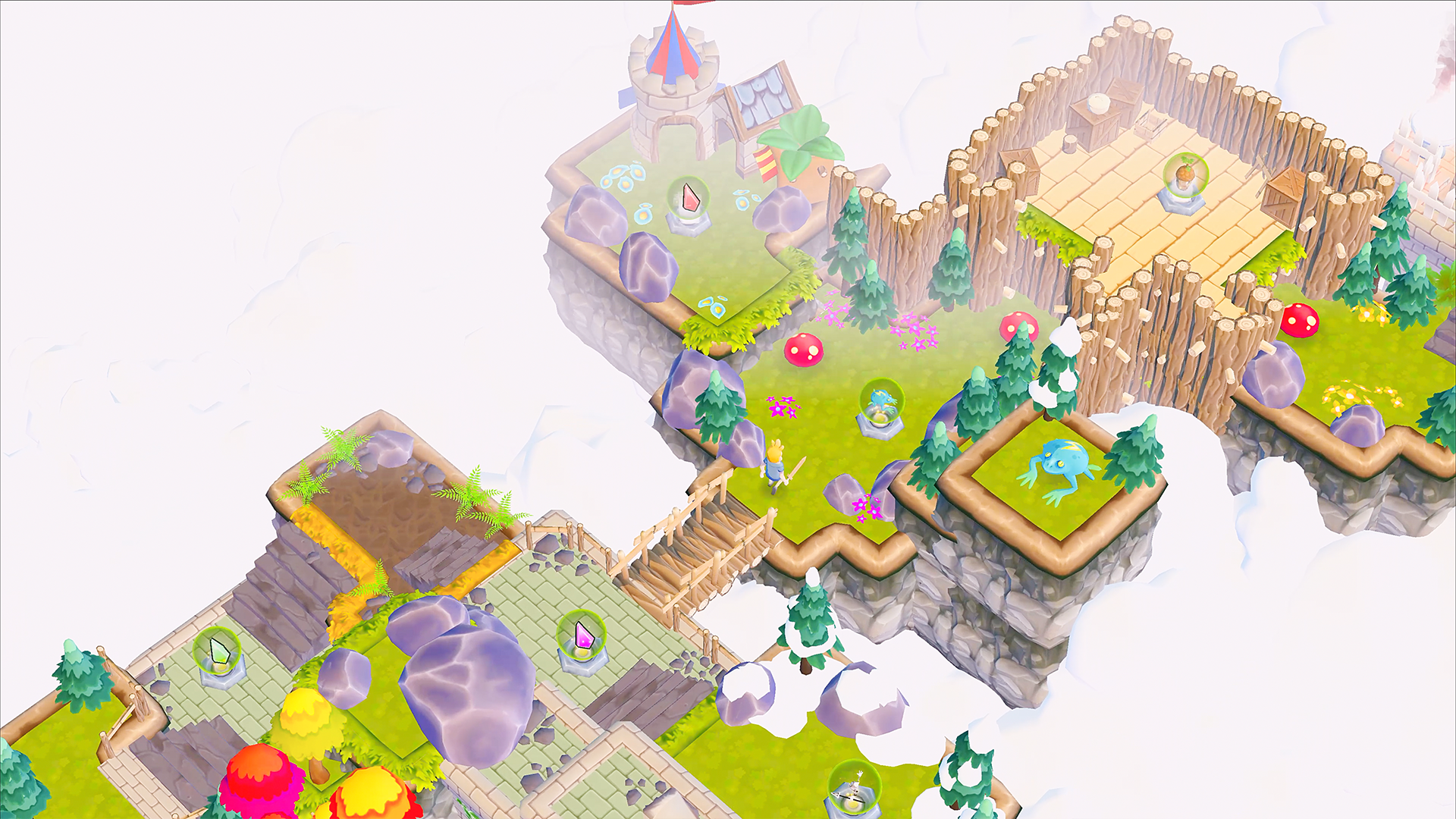 Nor gets plenty of weapons via going through the story and exploring secrets. The weapons seem to adhere to a playstyle that you want to cater to: the default increases knockback, there’s one where it increases Nor’s movement speed, and there’s one where it increases the resources collected just to explain a few. Each weapon can be upgraded by collecting resources and spending them. Resources are also spent adding decorations to the main hub where Nor and his robot buddies hang out to figure out what’s next in their journey.

Each level in Headland contain a few secrets in the form of a multicolored box that either contains a ton of resources or keys that can unlock further secrets. Those secrets are in the form of weapons or robot disks to trade for decorations mentioned earlier. Finding these secret boxes aren’t rocket science either; most of the time, as long as you’re fully exploring all the areas and pushing against all the walls (and I really mean that), you’ll be able to find them all. 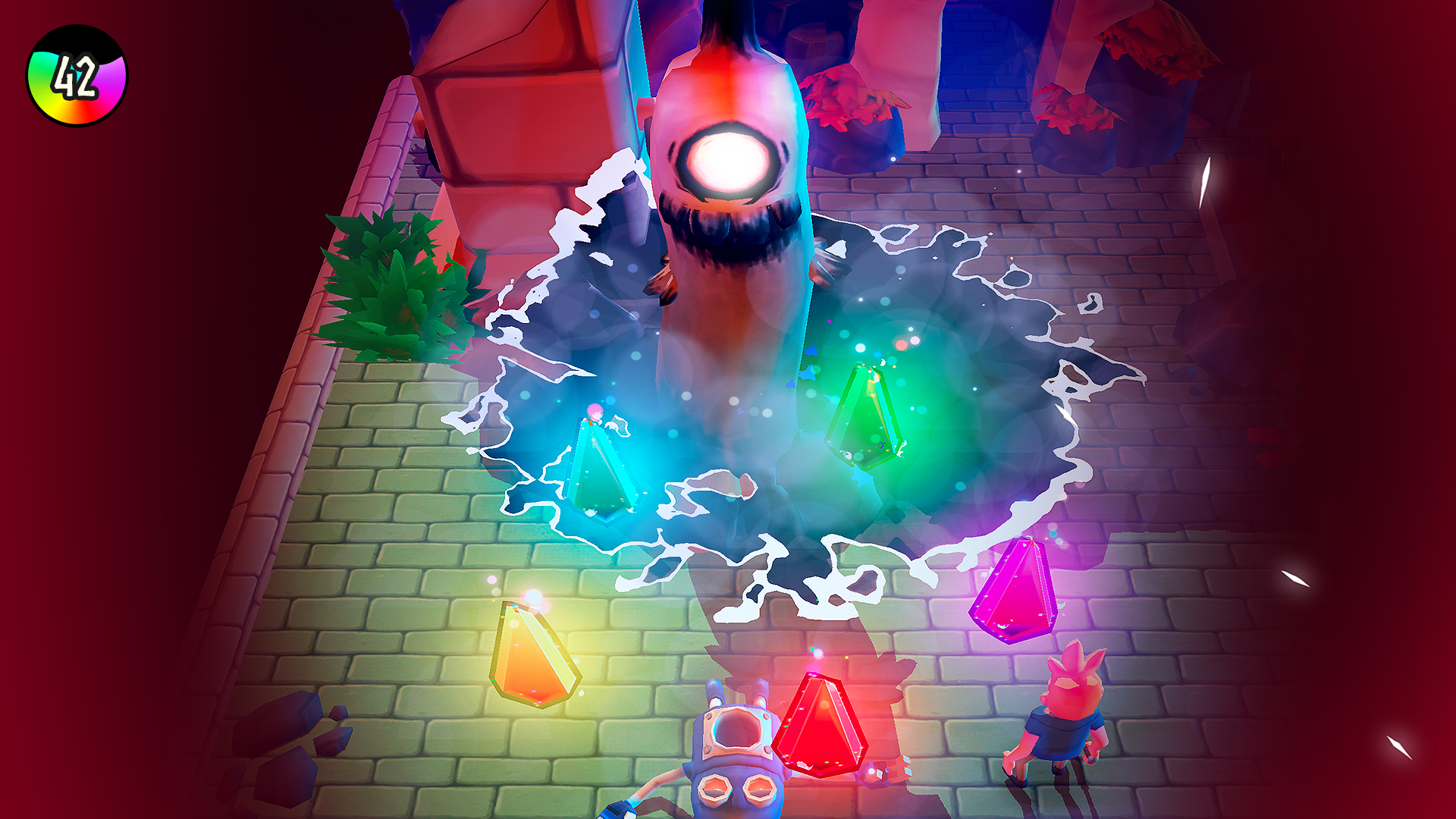 I think the best part of Headland is that the developers know that it’s not going to be that next big Zelda game, but still got inspiration from said game. Playing through the game, you can tell that it’s better than the average shovelware, because there is some care given to the product. It’s not perfect; you can tell from the enemy AI or how the story is not as unique as it seems to be. However, it is a perfect game to spend a weekend with just to relax and just hack and slash and explore…Headland.

-Not perfect, but a little refined