I seem to have unwittingly fallen down a bit of a rabbit hole of late. I’ve never had anything against playable novels or games with very story-heavy elements but at the same time, they’ve never been something that I’ve actively sought out. I’ve always been of the opinion that if I want to read, I’ll pick up a book. There was never enough player urgency in these titles to really make me want to invest the time. I don’t mean anything against this genre, there’s nothing wrong with it; I’d just rather play a game instead of reading my way through one. I came across Maglam Lord recently and that change my mind somewhat because there are loads of JRPG elements in that title balancing off the storytelling. This being said, it was with fresh eyes that I approached Hermitage: Strange Case Files. I’m really thinking now that I was judging an entire genre unfairly and I’m about to explain to you why.

Hermitage: Strange Case Files see you taking the role of a book store owner. You also happen to be a bit of a supernatural detective and your story begins with you providing aid to a young art student. As you go you’ll learn information via conversation and compile this with facts and clues gathered from other sources to get to the bottom of what’s going on. I don’t have a problem with any of this; in fact, it’s why I picked the game up in the first place. I’ve always been a big fan of mystery-solving in games and I really like the idea of gathering information to solve a problem. So this premise is absolutely sound. I’m slightly less sure about the execution.

I’m not that far into the game if I’m being honest. The reason for this isn’t so much that I don’t like this title, it’s more that it all moves at a pace akin to treacle, from the beginning at least. I completed the first chapter and by the time I’d done it I thought I’d been playing for a good few hours. I’d been at it for just over an hour. Everything just feels like it’s taking way longer than it should. This is a shame because the story is by no means badly written. I’m not telling you anything more of that, by the way, as this is a title that lives by the plot. 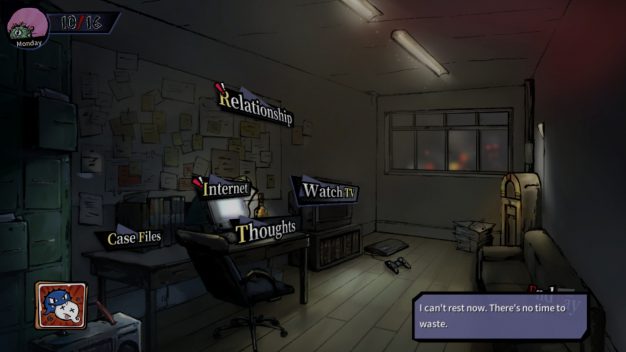 I love the fact that it has a really Lovecraftian vibe and it becomes more engrossing the further you go, perseverance is necessary though. What possibly doesn’t help is text boxes. I think if we were given a page of dialogue to read I’d have fewer problems but everything comes in speech boxes. The issue with this is that they don’t fit much in them so there’s a lot more toing and froing between characters. It felt that I spent more time hitting the button to speed things up than I did doing anything else. This is the next part of the problem.

This game is so conversation-heavy that it starts to feel like what could be said in a few short paragraphs is taking five pages. Everything is so over-described that I got to the point where I was skipping through dialogue just to try and get to the next bit. I’m not someone that generally skips through the story but I remember sitting there thinking, “please get on with it,” far more than I probably should have been. What makes matters worse is that in all the time that I was playing I really didn’t feel like I was playing a game. I kept thinking that I was about to get let out on my own to gather information and explore an interesting world. 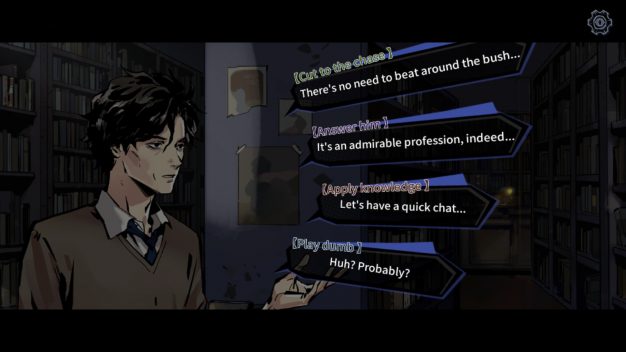 At the end of every mammoth series of dialogue, I was just told what to do and where to go next. That feeling of knowing you’ll be doing something soon, and it never quite happening gets really frustrating. I’m going to add a bit of a disclaimer here before anybody kills me. I’m not used to visual novels. Those of you that play these regularly are probably wondering what I’m complaining about and thinking, “but they’re all like that,” let’s remember this is my personal experience, I’m absolutely not out to offend.

Another point to make about the story is that it needs to be in-depth because you’ll get clues from your conversations that you’ll need to use to solve mysteries that present themselves as you go. The problem I had was that there was so much text at times that I found myself skipping through it. This probably meant that I was missing things that were important to the mystery-solving element of the game. I get why the depth is important but at the same time, you need to be able to hold all of that information. You keep the clues you’ve gathered in your notebook, but you have to be able to put them into context so that they make sense. There are some areas where you choose the approach you take in conversation. I like this but because I haven’t played the game multiple times I’m not sure how much these different choices alter the story. 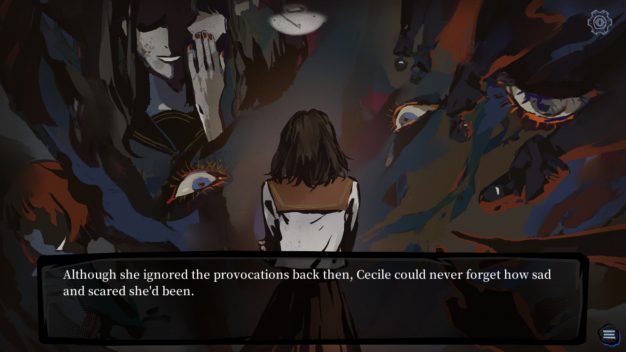 Graphically Hermitage: Strange Case Files is lovely. I really like the painted style that’s been used and it all feels a little bit like being part of an anime. This game has quite a mellow jazz soundtrack that plays nicely against the weight of the plot. It sounds great and the sound effects that are used are placed perfectly and really do their job well. This title controls perfectly too. I mean, It’s somewhat difficult to get confused when your control loadout consists of all of one button, (for a large proportion of the game at least.) Nuts and bolts wise there really isn’t much to complain about. As this is a PS4 title you really wouldn’t be hoping for anything less and everything meets expectations. The issue genuinely isn’t with the package, it’s what you expect to gain from it.

The fact that the story moves at the pace of an arthritic snail isn’t necessarily the problem. Just as with any story; if it’s written well enough, (it is,) there shouldn’t be any problems. Plot writing is a very subjective thing and one style doesn’t fit all readers. If this were the case there’d be about 10 very samey authors out there and we wouldn’t have that many books. The problem is that it all feels very all or nothing. If you love the narrative then great, have at it, if you don’t you won’t play that much of the game and move on. Just as you might pick up a book and if it hasn’t grabbed you by the end of the fifth chapter, you move on. Either of these polar opposites is going to have a pretty predictable outcome. 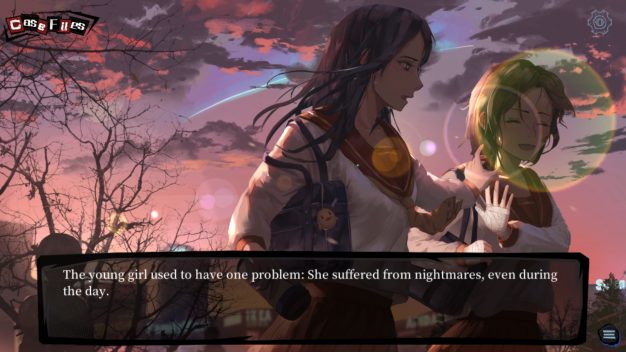 What happens with those of us that don’t mind the plot though, those of us that see it as a vehicle for the rest of the game? We’re the ones that will be looking for solid gameplay to back everything else up. This, in my humble opinion, is what’s missing in Hermitage: Strange Case Files. It almost feels like the game is using you to help it progress to the next bit it needs to tell you about, as opposed to you playing the game. Like I mentioned earlier, this is quite possibly a visual novel trope so I’m not meaning this as an insult I just personally want a little more game in my game.

Hermitage: Strange Case Files is an odd little game. It looks great and plays really well; my issue is that it’s far more novel than it is a game. I didn’t really feel like I was playing as much as being guided from point to point. I think if you want to take your foot off the peddle for a bit or if you’re a virtual novel fan you’ll likely find a lot to love here. If you’re wanting a bit more agency to play or like me enjoy balanced dialogue I think this might feel far more long-winded than it should. I think it’s either a gripping novel or a gripping videogame. The two don’t always belong in the same space.