High Hell from Devolver Digital released just at the right time; it’s a demon-themed fast-paced first-person shooter that you can complete in a few hours. It’s one of those games you can play during Halloween when you just want to turn off your lights and not pass out candy to kids. I mean, you’re probably going to need the candy to hype yourself as you plow through multiple playthroughs.

The concept of High Hell is simple: complete missions and kill all enemies in 20 levels. Mission objectives vary from killing a specific boss enemy, saving innocents, stealing certain items, and other objectives you would think of from a FPS. However, what annoys me a little about the game is that the secondary objective of killing all enemies in a level doesn’t really equate with mission objectives that you can theoretically complete with stealth. Then again, I shouldn’t expect that from this oh so minimalistic game. 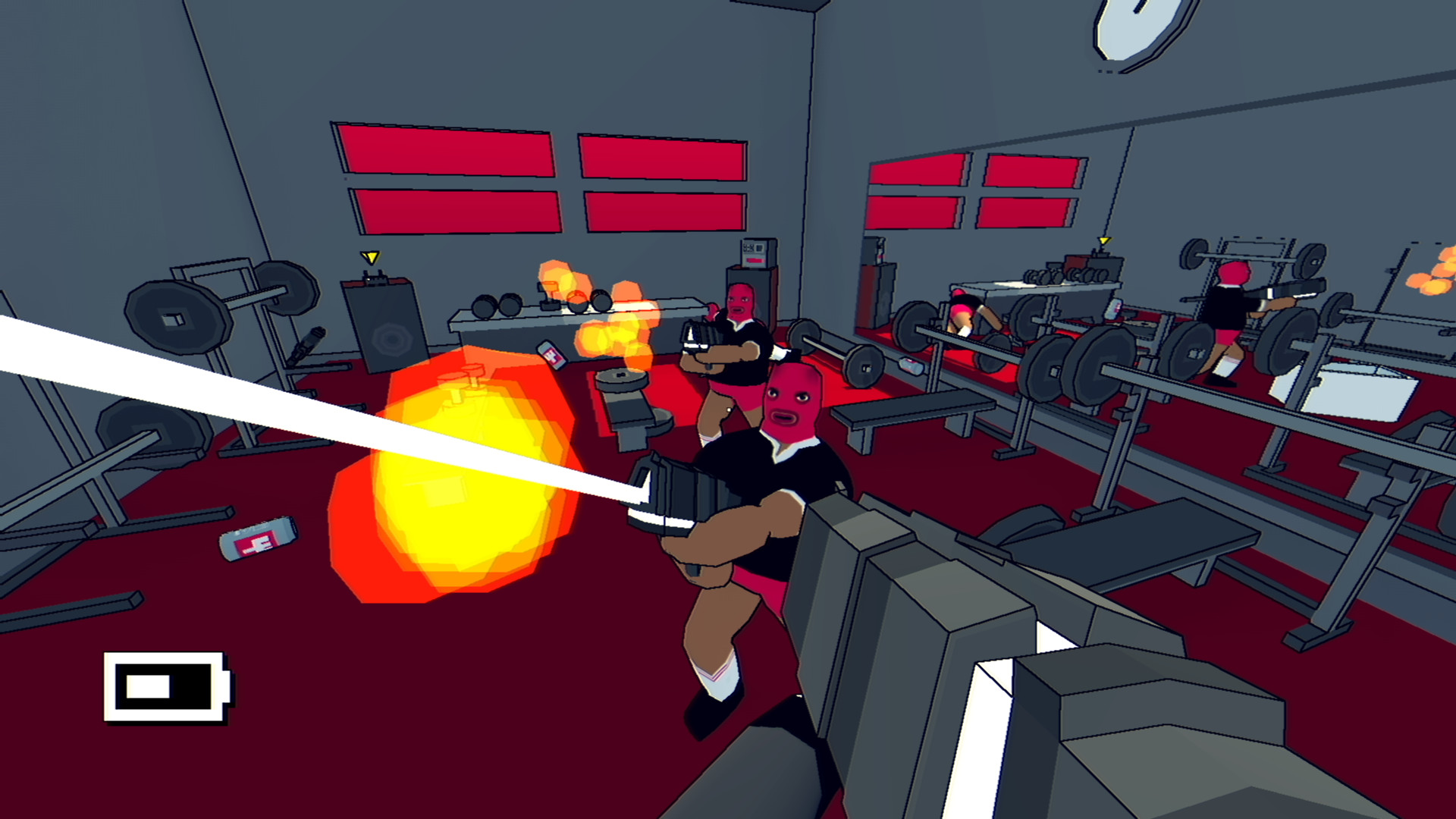 High Hell is so minimalistic that you literally have one gun and three hits before you die. Well, technically, health is given incrementally every enemy you kill, and as long as you kill one when your health bar is flashing red, you get another freebie. However, players who aren’t skilled in FPS (I may be referencing to casual gamers who may pick this game up) may be frustrated. There’s nothing in the missions to pick up to recover your health, and there are no other guns in the game besides the one you start with. 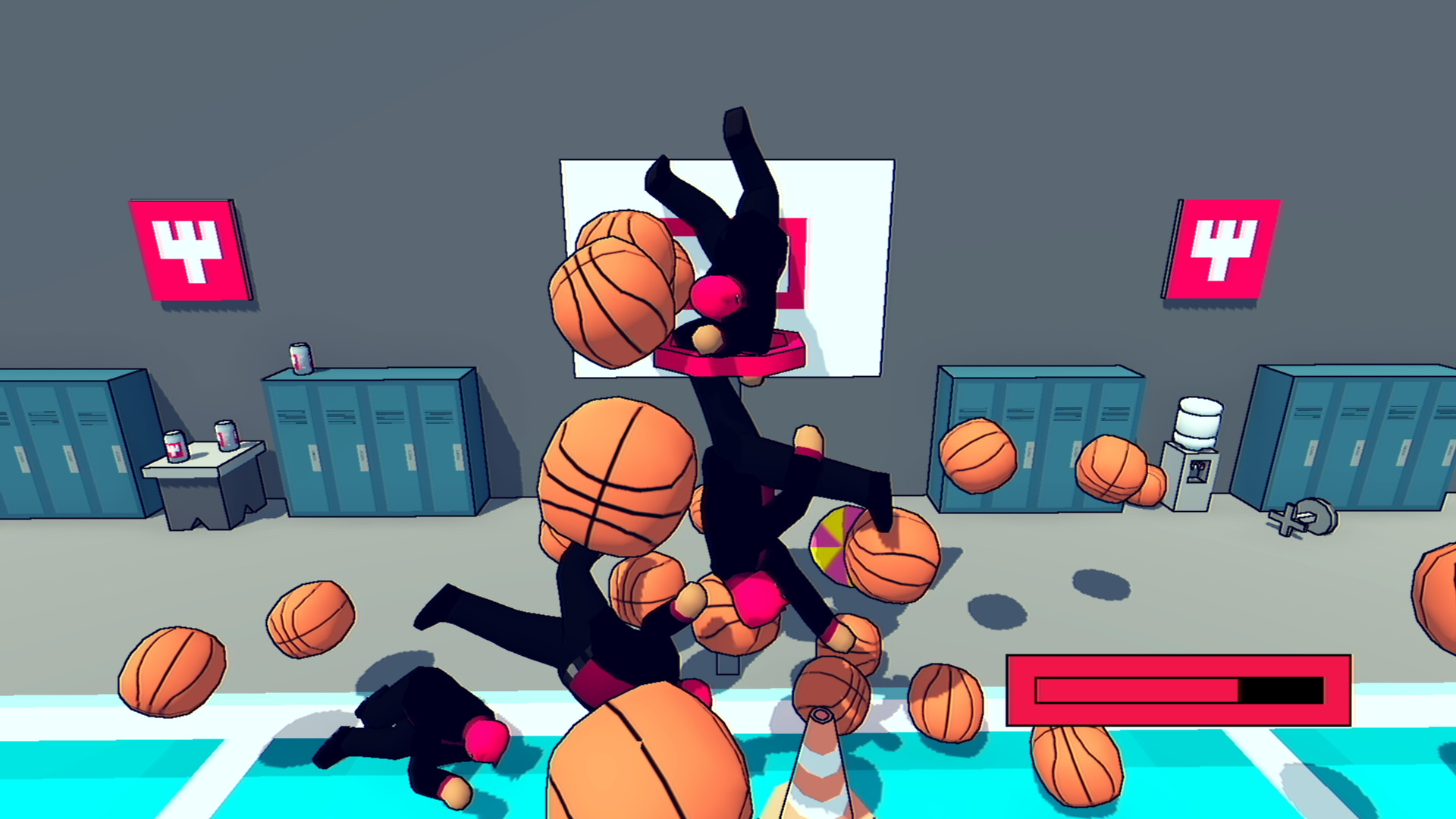 There is one trusty exploit in High Hell that again deals with its minimal design: the AI. I describe the enemies as psychic idiots. There are times when I am sneaking up on an enemy, crouched, behind its back, and on a floor above it, and somehow the enemy’s spidey senses trigger as I aim for its head. Then, the enemy’s idiocy shines through as it runs for me, climbs one floor, only to crouch right in front of me while I hide on the side of the door. Yes, that’s the exploit there folks. Sometimes, it’s easier to just smash through a door, show your face to the enemies, and back away and hide on the side of the door; the enemies will then filter through the door and crouch right in front of you as you shoot them down. 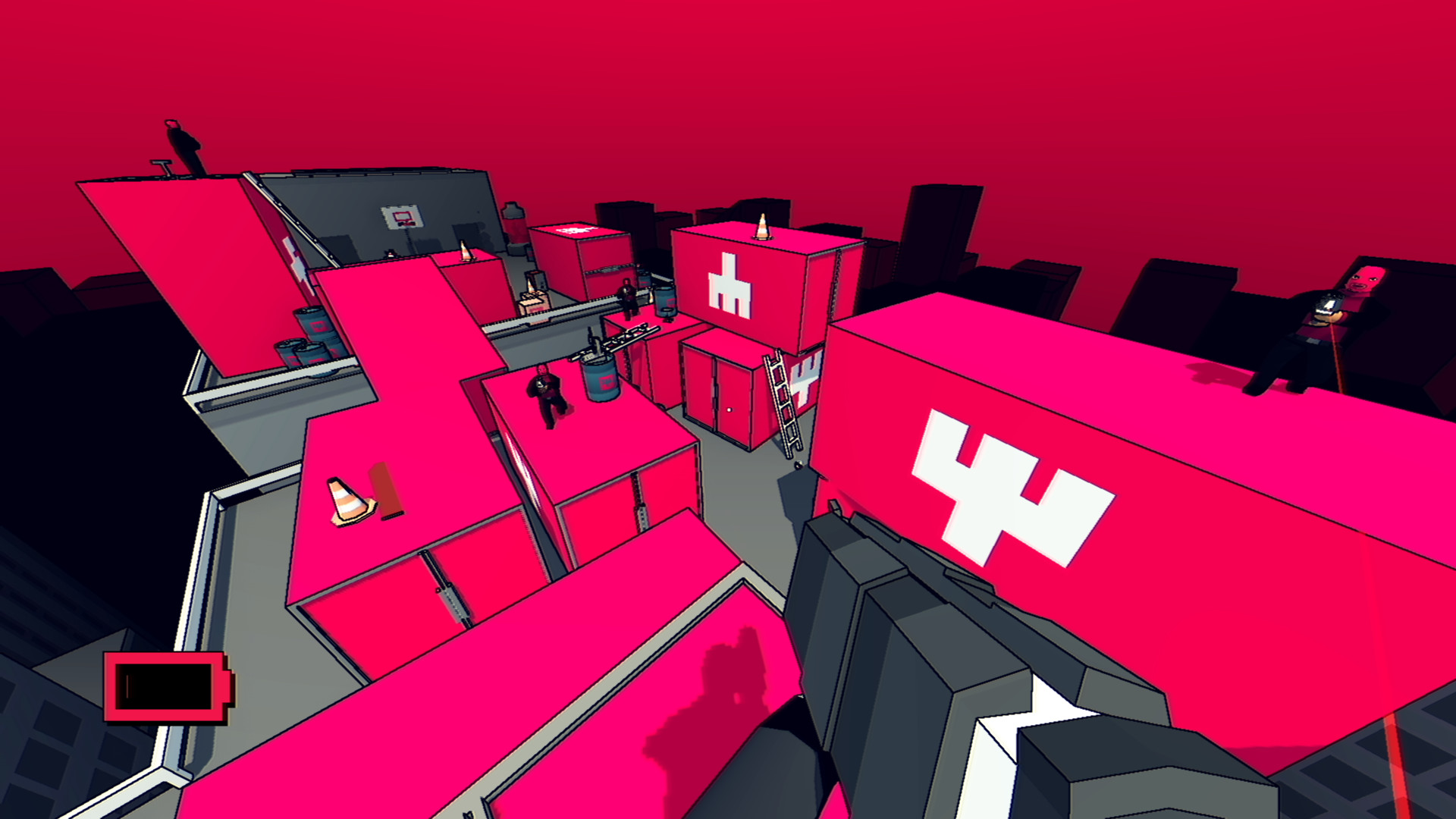 As I mentioned earlier, High Hell is great for first-person shooter gamers who want  a very fast and casual game. It takes mere minutes to load it up and complete a few missions. The simplistic gameplay and the minimalistic design may frustrate you, but at the end of the day, all you really need to do is to exploit the AI.