When I first applied to write for TVGB, they tested me by asking me to write a sample review of a recent game of my choice. I don’t know if I’ve ever revealed this before, but the game I chose was the original Hyrule Warriors. I can’t believe it’s been that long since it came out! The multiple re-releases and DLC packs make it seem so much more recent. And in the years since, one of my proudest moments on TVGB has been my first and so far only 10/10 review. Naturally, I gave this coveted score to The Legend of Zelda: Breath of the Wild. You can see where this is going: a Hyrule Warriors game serving as a prequel of sorts to Breath of the Wild is something I am bound by duty to review. The goddess Hylia demands it. So, let’s make her happy and take a look at Hyrule Warriors: Age of Calamity. 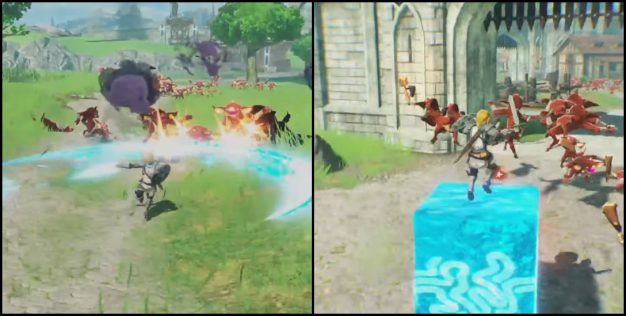 Overall gameplay is pretty much the same as in the original: characters smash up big groups of enemies with combos of light and heavy attacks, and attack bosses at the right time to lower their weak point gauges. You can also charge up special attacks. In Age of Calamity, each character has a unique action they can perform with ZR, and some are definitely better than others. And, in addition to all of that, the Sheikah Slate runes and elemental wands  from Breath of the Wild return here as well. At first, it’s totally overwhelming, as there are so many different things to keep track of, and many of them differ by character. But once you get used to how everything works, it’s actually nice to have all of these different options. The runes, in particular, add some much needed variety to fighting large enemies. While people tend to think of Warriors games as focusing on taking out waves upon waves of weaker enemies, Hyrule Warriors in particular features a lot of big bosses and other major opponents. You can’t just hack and slash your way through them; you need to dodge their attacks and hit when their weak point gauges are visible. It can become tedious, and I definitely feel like Age of Calamity overuses them, to the point that there’s rarely a point to fighting smaller enemies at all. But, at least the runes make them a little bit more interesting. 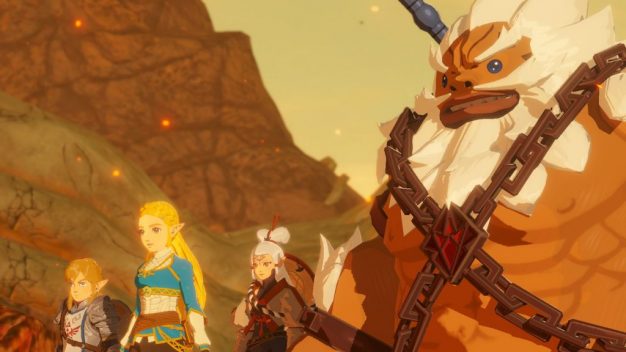 Another tedious aspect of the first game was the story missions; they often required running back and forth to protect certain areas, and had several escort missions. Some of that returns in Age of Calamity, but on the whole, there seems to be much less of it. I would almost dread story missions in the original, but the developers seem to have gotten the message. There aren’t that many of them overall, but there are plenty of bonus missions and other things to keep you busy. Of course, with that comes a level of grinding. You can’t just go from one story mission to the next and expect to succeed; your characters need to be at a certain level to make it. And while I do appreciate spreading the game out a little bit, sometimes it can feel a little bit excessive. 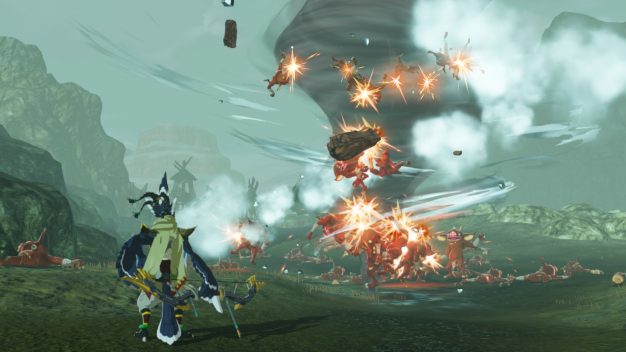 Replacing the Adventure mode from the first Hyrule Warriors is the world map, based on the one from Breath of the Wild, Various points on the map represent opportunities to power up your characters, extra missions, and the like. While having the missions spread out on the map makes sense, using this rather complex system for character upgrades and such feels tedious and confusing. And granted, you can filter things to a list, but you also have to worry about knowing where to gather different ingredients and the like. Other attempts to make Age of Calamity feel like Breath of the Wild are more successful, though. The interface is totally overhauled to match the main series hit, as are the visuals and environments. The runes and Sheikah Slate appear, as I mentioned above, and you can still deflect Guardian blasts or do a perfect dodge to get a free opportunity to hit enemies. In this way, it really feels like a return to Breath of the Wild, even though the gameplay is ultimately very different.

But it wasn’t just seeing places and characters from my favorite game ever that got me excited, and this is where I have to give a SPOILER WARNING. Below this next screenshot, I’ll be talking about the story, so if you want to experience it yourself, you might want to skip to the summary at the end. 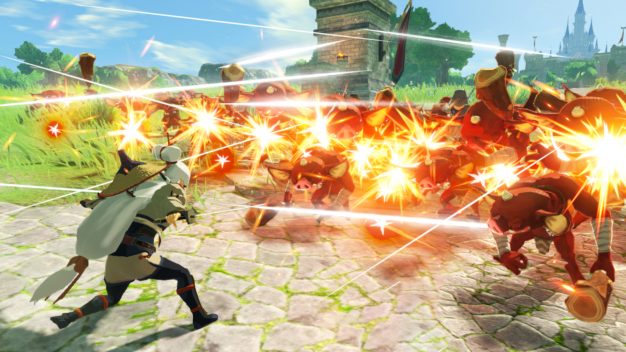 Age of Calamity was booked as a prequel to Breath of the Wild, and to a large degree, it is just that. We see Hyrule in the age of the Great Calamity, and gain insight into the characters and how they came to be who they are 100 years later. The story isn’t as deep as one might hope, but given that we already knew plenty about this time period from the flashbacks in Breath of the Wild, it fills things in well enough. What may upset some players, though, is that it isn’t quite a prequel, exactly. It’s actually an alternate timeline. The opening shows that at the moment Zelda awakened to her sealing power in the main timeline, a tiny Guardian was sent back in time to prevent the Great Calamity. Because of this, while the first half-ish of the game more or less serves its purpose as a prequel, it is a little different. And come the second half-ish, things are totally different. It isn’t the dark story I was hoping for, and I found that disappointing. But that doesn’t mean it isn’t emotionally charged at times, nor that it isn’t told well or doesn’t fill in the blanks as one would expect. 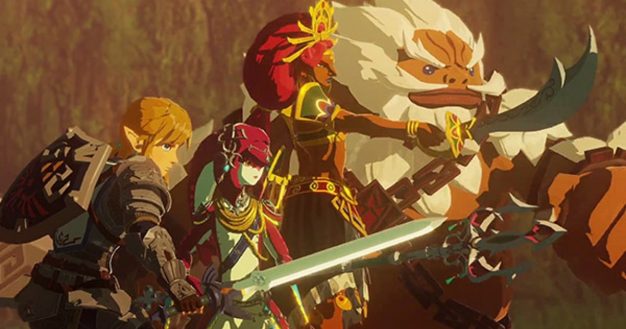 Hyrule Warriors: Age of Calamity is a Warriors game first and foremost, just like its predecessor. It isn’t on the same level as the game that inspired it. But fans of Breath of the Wild should nonetheless check it out, as it’s a great opportunity to return to that world and do more with its characters. There are a few frustrating hitches here or there, but on the whole the musou gameplay is excellent, and full of variety. And while the story isn’t quite as dark as I expected, it’s still compelling and worth following. If you like Warriors and Zelda, or if you just want more of Breath of the Wild before the sequel comes out, I recommend Age of Calamity highly.