Iris.Fall is an indie puzzle adventure game by NEXT Studios that utilities light and shadow as its core concept. You play as Iris, a girl who awakens from a strange dream and follows a black cat to a dilapidated theater. Here she travels back and forth between a strange land of light and shadow, utilizing special books that allow her to become her own shadow and traverse on a 2D plane rather than the regular 3D plane to progress.

The three key parts of Iris.Fall are the story, the art style and design, and the story. The first thing that struck me about Iris.Fall was the monochromatic color scheme – occasionally peppered with small, deliberate bits of yellow or blue as the story progresses – and the exceptional design and art style. Iris has a sort of manga-style character design, and it’s honestly really cute. Her whole design is absolutely gorgeous and looks…soft. With her billowy dress and cute little satchel and bow, she’s really endearing to play as and watch move through her idle animations, even though she remains pretty expressionless throughout the whole game. She doesn’t display a lot of personality, but as you progress further through the story that makes more sense.

The environments in the game, in addition to often being part of the puzzle room du jour, are so complex and deliciously crafted. There’s so much variation between each of the rooms, but so much detail crammed into each one without being too loud or excessive. Some of the animated sequences, of which there are few, lean on the side of being a little too rough, but given that it’s an indie game, it can be forgiven. 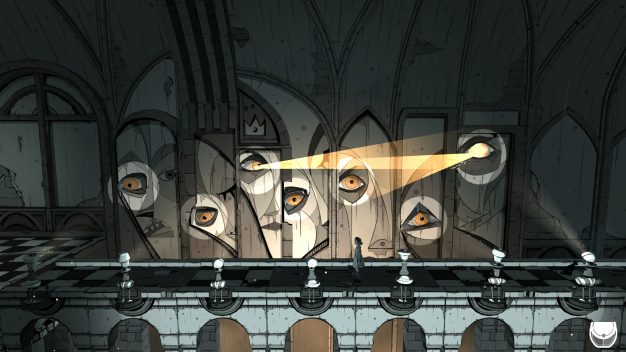 While I’ll touch on this point more when I cover gameplay, I would love to acknowledge the masterful use of light and shadow in the puzzles and the set design. Light and shadow puzzles are nothing new (and if I’m being honest, light-based puzzles are some of my most hated in regular games), but I was surprised to find that NEXT Studios were able to consistently provide varied and interesting puzzles that all relied on this concept.

While I didn’t include the music in the three key parts mentioned above, it would be a disservice to Iris.Fall to not mention its clever use of music and ambient noise. There isn’t a lot of music in Iris.Fall, and when there is, it’s lovely pondering, deliberate piano pieces that aren’t overly complex. The game largely relies on ambient noise, even down to just Iris’ footsteps as she paces around the room, or the sound of puzzle pieces grinding together. Despite all that, Iris.Fall never feels too quiet or devoid of meaningful music and sound. There are a few parts where the ambient and mechanical sounds have intentionally been harmonized to create a rhythm in the background, and that was a really, really nice touch. 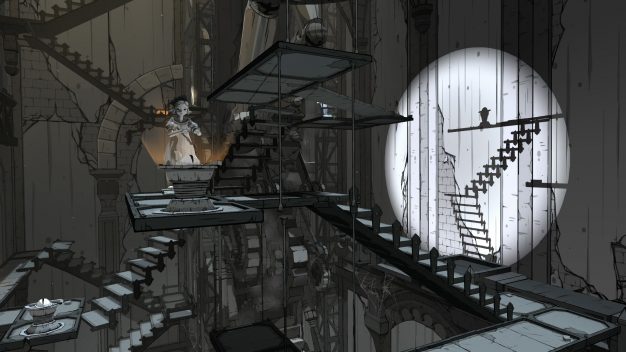 Moving on to gameplay, Iris.Fall is still very clearly an indie game, as the movement isn’t as smooth as you’d expect from a big name release. However, once you accept that the pace is going to be a bit more slow and plodding – without being irritating – you begin to settle back into a slower pace. It helps that Iris.Fall isn’t a game where you’re ever pursued or have to run away from anything. I’ve played indie games in the past which had that slightly slow plod to them, which is absolutely terrifying in an action or horror game. Transferring back and forth between 2D and 3D plane feels smooth and natural and the points in which you can make this change are well signposted by the books that allow you to turn into your shadow.

Iris.Fall was the first puzzle game  I’ve encountered where I’ve changed my tune from “I’m not very good at puzzle games” to “I’m pretty good at this, but it takes a while for it to click”, so I have to thank NEXT Studios for changing my tune on this point. If you think that means that the game is a cakewalk, you would be wrong. I managed to get through all but three puzzles in the game without assistance, but some really took some time to figure out. I think that the puzzles in this game are some of the best and most varied that I’ve seen in my recent history of playing indie puzzler games, so I really can’t fault it there. 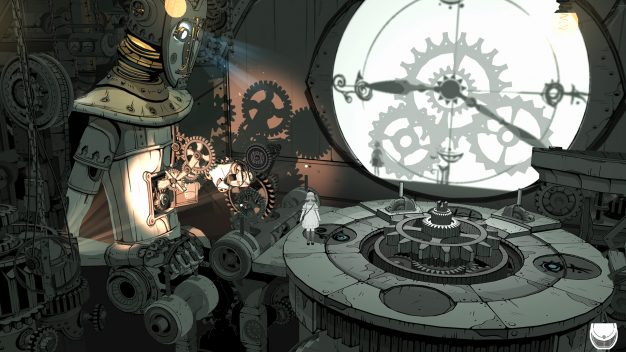 I honestly think that the story is the only other place, besides the sometimes slow speed and lack of smooth movement, where Iris.Fall loses points. The story isn’t bad, it’s just…not really there? Iris.Fall has fallen into that indie trap where the story is so fill-in-the-gaps and mysteriously left up to interpretation that it loses itself a bit.

There’s a “reveal” at the end that more or less explains what was going on, but because of the mute nature of all of the characters and the lack of any meaningful explanation as to Iris’ background and how she came to be where she was before the events of the game. The other main character and her magical background also have no real explanation and I had to try and figure out whether I was looking at a witch or a cultist or a madwoman or something else entirely. It’s hard to explain without playing the game, but I think that a little more backstory for Iris would have made the whole story a little more cohesive. 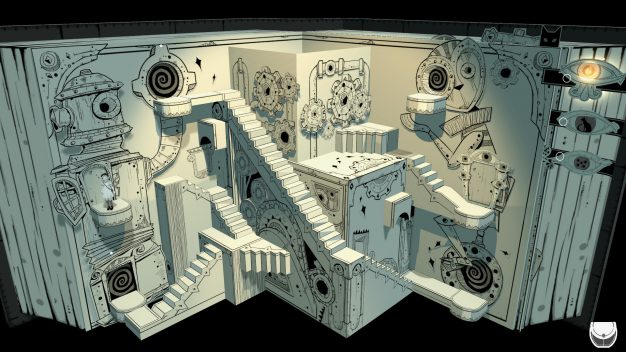 Iris.Fall is a game you can complete in five hours or less, and it’s absolutely worth those five hours of your life.  If you don’t think you’re a puzzle gamer, you’ll feel immense satisfaction from working your way through the clever puzzles in the game. If you are a puzzle gamer, you’re still likely to feel suitably challenged. The design and music are impeccable and while the story misses a few notes, this is still a game you should support.

Without a shadow of a doubt, a jolly good game

Iris.Fall is a beautiful game that won’t eat your entire life. I think for the puzzle and art design alone, this game deserves your attention.