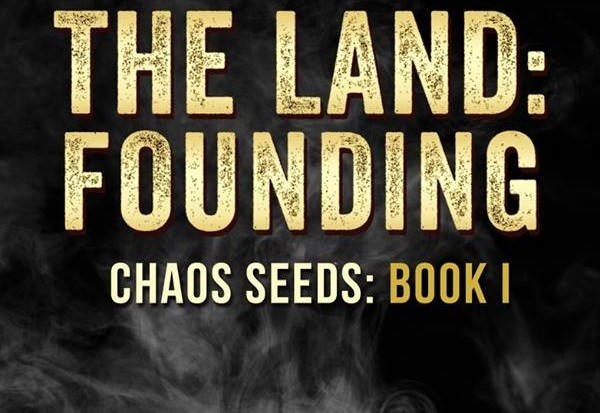 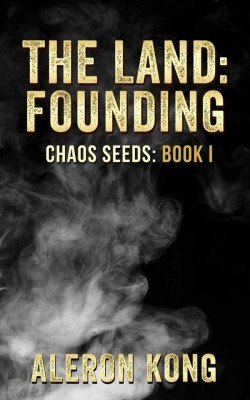 Cover of “The Land”

Welcome to The Land, a place unlike you have ever seen before. When DangerZone Industries had released the latest and greatest VRMMORPG, James, and millions of other virtual reality players, had sought purpose and self-definition in this new world. The tag line “Live the life your soul was meant for,” had captured the hearts and minds of his entire generation.  “The Land,” was the largest and most dynamic virtual reality game of all time.

James and his friends had devoted countless hours, and become one of the top teams in the game. They were at the brink of greatness, but then there was this light! (it was predictably white, but whatever!) That was the moment when he was actually summoned to The Land,  and it was both disturbing and exhilarating. The Land, an alien realm that operates like a standard MMO. Skills are learned by hard work. Magical creatures roam free and are not afraid of taking you down a peg. (Don’t fight the wasp, just don’t.) And now Richter, formally know as Silk, is trapped within The Land. Let the adventure begin.

The first thing you learn about The Land is the fact that the word “Chaos Seed” is very important. Within ever human is the seed of chaos. It is what makes us who we are. It is the spark that makes us so destructive. If you get enough of us together we are more than likely to destroy everything around us. For that very purpose Richter is summoned to The Land. 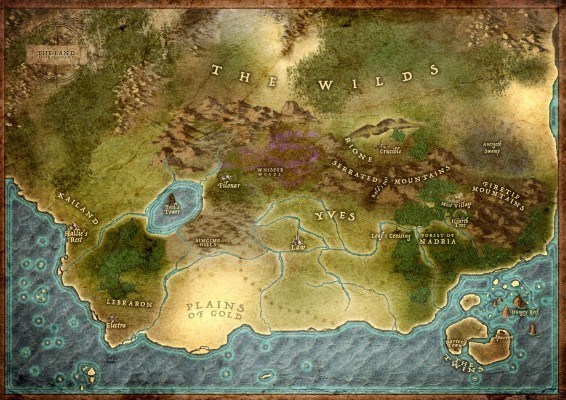 The first thing you learn about Richter, the human formally know as James, is that he has a smart mouth. He has no problem making inappropriate jokes or making light of most situations. At one point, after skinning a fox for the first time, Richter bust out a rendition of “What Does The Fox Say”.  If you have played any type of MMO or tabletop than you will recognize this player right away. He’s good, but he is mostly the one who ends up dying first. It was actually this attitude that slightly annoyed me about Richter as a whole. If I was to be swept away to an unknown world with no way of getting home I wouldn’t be this ok with it at first. Where was the freak out? Where was the doubt? There was to much of a “ok, were doing this,” attitude about Richter for him to actually be realistic. What about his friends he left behind? He was all to ok with abandoning his old life for this one.

The world of the land itself plays out like a MMO would. Every item has a description, and effect, and flavor text. When someone asks a favor of you it pops up as a mission. Skills need to be learned before you can put them into affect. If you try to pick a flower before you know how to properly pick a flower you will destroy it. It is in here where my major gripe with “The Land” lies. Aleron Kong, the author, has created a beautiful world filled with colorful characters and adventures to discover. Futen’s emotionless words make me smile every time I read them. However, the novel reads more like a DM’s , dungeon master’s, guide to a tabletop than an actual novel. Getting bombarded with text after text whenever a new item is found gets old fast. As the reader, I don’t need to know the stat of every little item the main character comes across. Especially when then item is of little importance to begin with.

All in all, The Land: Founding Chaos Seeds is a fantastic read. Richter’s rise to power is a fun one and it is chalked full of some many puns and jokes that tumblr would blush. I would have like to see a little less repetition but it was a great story for what it was.

A great story with a hair to much repetition. Main character can feel slightly unrealistic in his responses to the world.