What’s a kitty cat to do when it lands on a strange planet? Survive, of course! In Cairn4’s Mewnbase, you play as a space traveling feline that lands on a mysterious desolated planet. From this point your cat avatar has to scrounge up materials to build a shelter that provides energy and oxygen, discover a way to maintain a steady supply of food, and explore the mysterious planet and uncover artifacts. 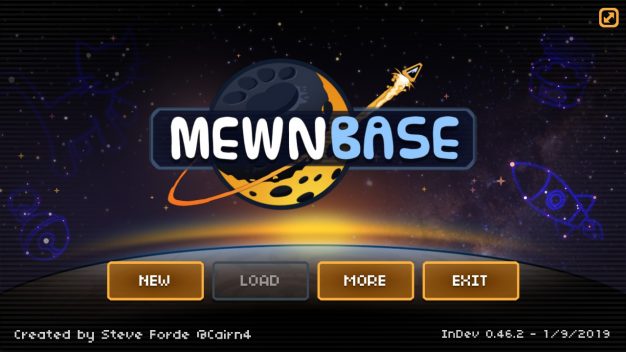 Mewnbase, for all intents and purposes, can most easily be compared to another 2D survival game, Don’t Starve. Both games revolve around acquiring materials and constructing a maintainable means of living in a harsh, unforgiving environment. However, unlike Don’t Starve and many other games in the survival genre, Mewnbase doesn’t place its focus on scrounging up whatever possible to withstand attacking enemies. In fact, you’ll quickly discover on the planets of Mewnbase you are very much alone.

All that is out there on the wild untamed planet is a cat and some materials. There are no enemies, so that means there is no form of combat. The gameplay is fairly simplistic and easy to get into a survival rhythm. The materials are all pretty straightforward and it’s easily laid out how to create an item and where to procure the materials. 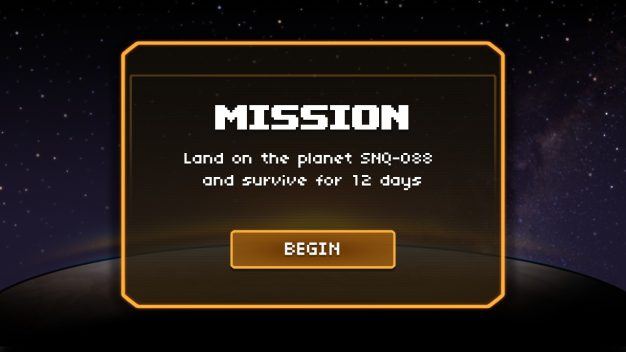 You can easily scavenge enough food to survive day to day and find all of the elements needed to craft basic survival tools. The toughest material to find and collect are the artifacts which need to be researched in order to unlock more items to craft, but even then you can usually find a few within the first day or two. Mewnbase is for sure the most relaxed I’ve ever been playing a game in the survival genre.

However, while it is easy to survive, it’s not as easy to thrive. In order to get the best items and gear you need the a lot of artifacts which can be dispersed pretty far apart due to the procedural generation of the planets. The days of Mewnbase will also seem to tick by incredibly fast, which becomes doubly apparent during the night sections where it can be difficult to see anything at all even with the flashlight on and essentially shuts you down from exploring. There is a map function in the game, but even with that in mind it can be very easy to get lost exploring and run out of oxygen before making it back to base. Of course you can craft items to help out in case of situations like this. 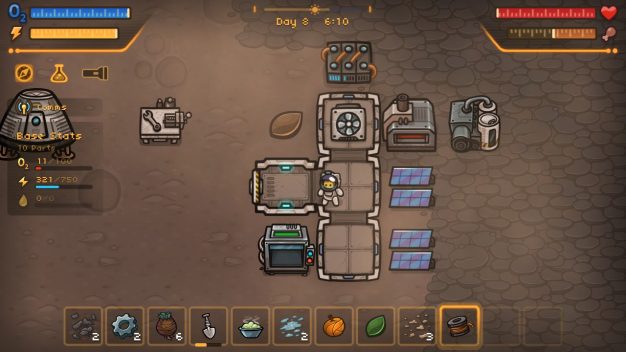 There are only 3 gameplay modes of Mewnbase; tutorial, mission, and endless mode. The missions all boil down to “survive x amount of days” and as previously stated survival is easy peasy and the amount of days on the mission in my experience have been fairly low meaning I couldn’t even unlock a lot of the crafting items in that span. After the player hits the day limit of the mission mode they will get kicked back to the main menu. It would be nice to at least have the option to continue playing, as there were times where I was browsing the crafting menu and hit the days survived goal in the background to be abruptly jettisoned to the main menu.

Players will spend the bulk of their time playing Mewnbase in endless mode. This gives the player the ability to really pour over the map, unlock all of the crafting options, and play around with everything the game has to offer. Unfortunately, everything the game has to offer can be experienced in a matter of hours. Due to the low difficulty of the game, the modest amount of content can be parsed through and experienced fairly quickly leaving the player to ponder what there is to do next. 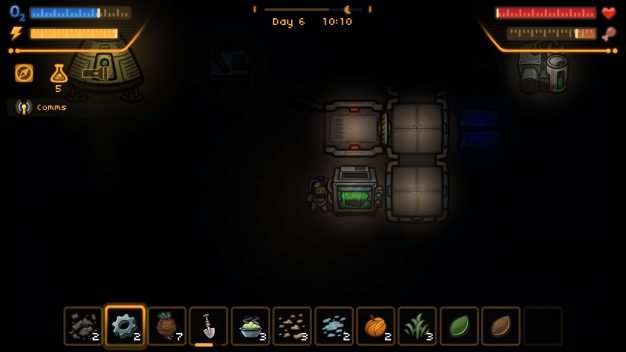 However it is worth noting that this game is still in its early access stage and is being updated with regularity. The developers are very open with the community they are building and listen to their suggestions of bug fixes and possible additions. So it is entirely possible that a few months down the line this game could evolve in some significant ways.

But what Cairn4 has developed in Mewnbase is a solid, well, base. The cutesy cat theme is endearing; its adorable to pick out your cat and uncover artifacts that end up being laser pointers and kitty treats. The game has a steady pace that encourages the player to keep moving and exploring even without the threat of enemies. The planets use procedural generation in a simple way that prevents the player from getting too comfortable on multiple new saves by changing up the placement of materials and weather events such as sandstorms and thunderstorms. 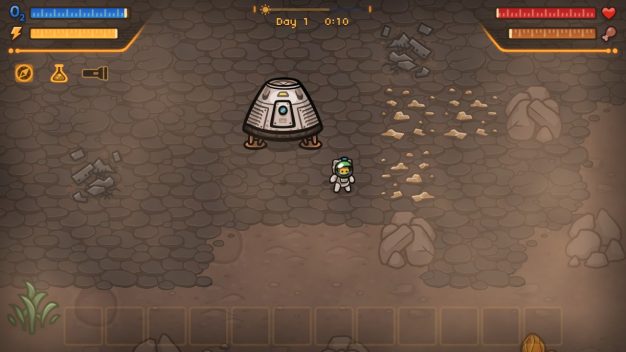 Mewnbase is a perfect survival game for people that haven’t spent a significant amount of time with the genre yet. The materials are plentiful enough that the act of surviving in and of itself isn’t a frustrating task. With a level head the dangers that are present can be overcome, despite applying pressure early on. This helps a new entrant to the genre acclimate with the basic systems of a survival game and serves as a more chill and relaxed experience as opposed to a frustrating game rife with deaths and confusing terminology. There’s enough in the box to warrant the modest price of admission, but if the survival genre bug really bites while playing Mewnbase, the only relief would be to seek out another game with more expansive content.

Fly me to the Mewn

Mewnbase is a cutesy take on the survival base-building genre, but the lack of challenge can lead to the player burning through all of the content the game has to offer in a short time.