You may be familiar with the card game Mafia; this party and sleepover staple ruined many a nascent friendship and budding romance by setting you against everyone else in the group and putting the worst liar of the bunch at a disadvantage. It’s an attractive kind of game – competitively deceitful, occasionally collaborative, with the thrilling possibility of betrayal – which explains why iterations of Mafia have popped up across different forms of media ever since. Enter the NPCamoflauge (a term coined by RockPaperShotgun columnist Matt Cox) games like Assassin’s Creed, Spy Party, and yes, Murderous Pursuits, that require the player to blend in with the AI-driven characters in order to accomplish or prevent the completion of a specific goal for another party. 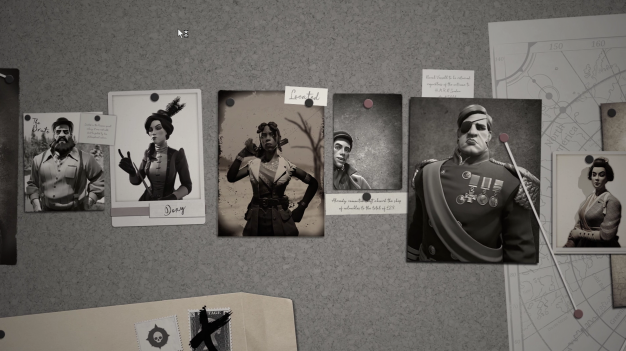 Murderous Pursuits sets the player against a host of other murderous psychopaths, all seeking the favor of the mysterious Mr. X. Set on the time-traveling steampunk-style airship the H.M.C.S. Brittanic, currently exploring the Jurassic on a voyage of celebrating Queen Victoria’s Jubilee, the colorful cast of characters, called Hunters, must kill or be killed in order to gain a place Mr. X’s right hand before he put into motion his plan to hijack the ship.

This includes a Fulani tracker, a Sikh prince, a British pickpocket, a Japanese assassin, and a handful of Victorian era tropes with a dash of homicidal tendencies. Each one has a unique design, and a lot of effort seems to have been put into their backgrounds, costumes, taunts, and animations. Each comes with unlockable skins, rewards for reaching higher levels. Although the player can equip two special abilities for the duration of the match, neither the selection nor the enhancement of these abilities are affected by the choice of character. 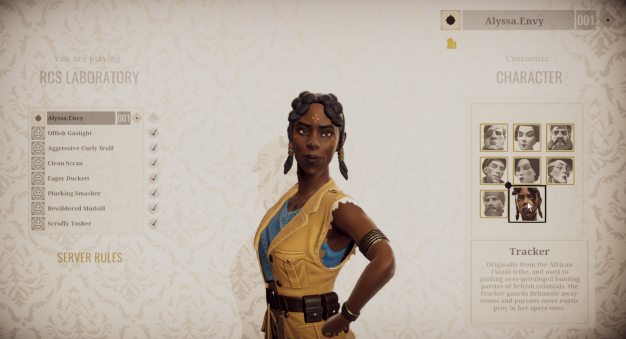 The abilities either improve the bonuses to Favor, the points given for each successful assassination, or your chances for foiling the other characters’ plans for killing you. Each has a recharge period of about eighty seconds, so don’t plan on relying too much on any of them to keep you alive or to help you identify your Quarry (target).

The mechanics you can use to help you identify Quarry from innocent passenger are a tracker at the top of the screen that lights up green based on when you are pointed toward your target, along with simple “floor above”/“floor below”/“same floor” text display for multi-level maps (most of them). This is not over-explained in the simple 11-page “How to Play” guide that serves as the game’s only tutorial, but becomes more helpful the more you play. You also occasionally get a helpful green target symbol floating on the screen to show which direction your Quarry is moving. However, without the Reveal ability equipped, you may try to kill the wrong character, which loses you points and causes instant “Exposure”. 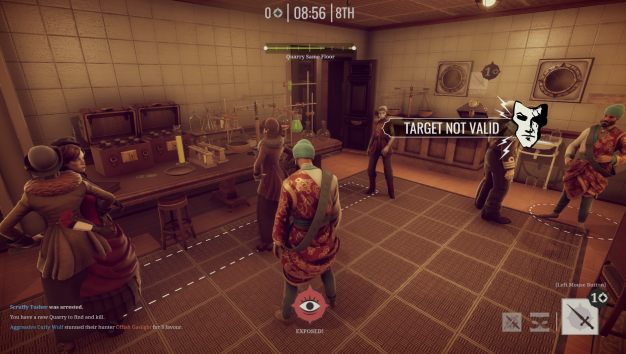 A word about Exposure. Mr. X seems to value discretion in his murderers, so he gives more Favour to those who can kill without calling attention to themselves. A meter at the bottom of the screen shows how much you have “exposed” yourself at a given time (scale of 0 – EXPOSED! to 5 – inconspicuous) , which can be remedied by standing in the marked vignette spaces, which cause your player to take on some NPC behaviors- eating, observing the airships engines or artwork depending on the map, engaging in conversation, etc. They will also act suitably horrified if they witness a murder, or shame any player that attempts to murder the wrong person.

Once you have reached zero, or complete exposure, you are at risk of whatever Hunter is looking for you finding you. You also risk whatever Quarry you are pursuing being able to earn Favor by using certain abilities like Counter against you. Abilities like Disguise immediately remedy this, or you can take refuge in a vignette until your meter is refilled. You can track the Hunters pursuing you similarly to the way you track your Quarry, but you are only notified that by a symbol underneath your Quarry tracker how many of the Hunters are nearby, and occasionally their symbol also appear on the screen. 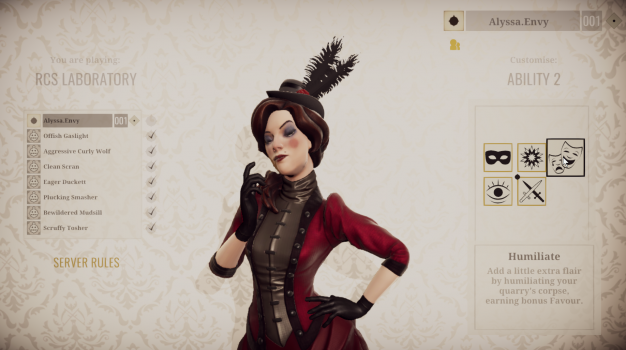 The game offers Practice modes versus AI (can you pretend to be an NPC so well that the computer can’t find you?), a Quick Play mode that will pair you with other players and fill in the blank spaces with bots, and a Private Party mode with a newly introduced feature that allows you to easily invite your Friends through Steam without have to use Server names and passwords. My husband and I had a ton of fun trying out the Private Party mode with the latest updates. I have to admit, I was easy for him to find… because the actual NPCs didn’t get stuck in corners as often as I did. My mouse is kinda sticky, so sue me!

But honestly, the camera control for Murderous Pursuits is far from the worst I’ve encountered and it fairly intuitive. As for hubs, he gave himself away because he had a tendency to pause a little too long after every kill- there’s a moment where you see a pop up telling you which weapon will get you the best Favour bonus on your next Quarry, but… NPCs are never still. It was honestly infuriating and really fun seeing what we were right and wrong about when we were trying to find each other. 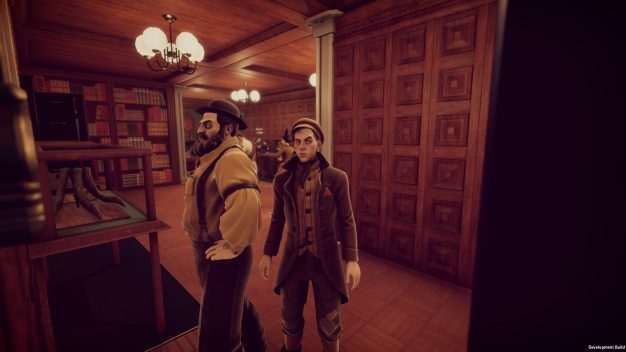 A lot of the chatter on Blazing Griffin’s news posts and on other reviews points out some bug fixes and improvements that could take an interesting, pretty okay game to a unique classic. One commenter on their Cinco de Mayo update (boy am I glad they didn’t try to actually add those skins to the game) wrote: “We need more maps, characters and abilities. This game could be awesome. please do not leave it die. [sic]”

Murderous Pursuits has received Mostly Positive reviews on Steam, and it really has a great design. Every map has such amazing attention to detail, from huge picture windows looking out on active volcanoes, massive engines, art galleries, to the confetti littering the floor of the music hall, it’s often hard to keep your mind on the task at hand. I am definitely among those that hope that Blazing Griffin continues to add on to their fascinating universe… not just so that my husband and I can keep murdering each other.

A lo-fi classic brought into the digital age

Murderous Pursuits is a game of virtual hide and seek that will maybe make you hate your best friend? It might have some kinks to work out but it has a lot of promise.