Those of you who have been patiently waiting for a decent strategy RPG to surface on the PS4, the wait is over. NIS America and Kadokawa Games brings Natural Doctrine, a hardcore strategy RPG, to the console for you to finally sink your sword in to the hilt. Combining a unique type of linking system to boost your attacks with traditional RPG mechanics creates a strategy RPG that isn’t for the feint of heart. You take on the role of Geoff, a young warrior who is looking to make his mark in the world and to earn his citizenship into the Fortress City of Feste. Together with his party members, they set out on a journey with sword and magic to claim their fortunes and to keep Feste safe from the encroachment of beasts of the surrounding wilderness. 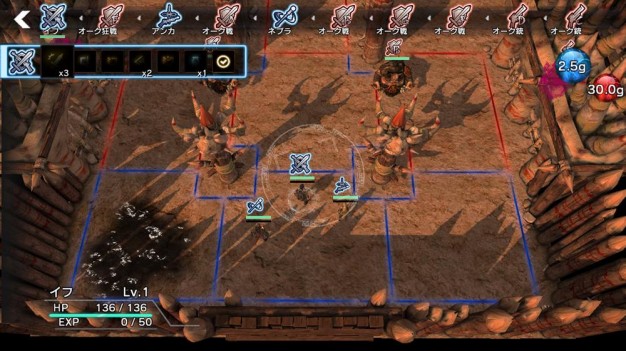 Being aware of where you can and can’t move on the battlefield is a must.

Natural Doctrine is a strategy RPG that is heavy on the strategy and uses this feature to create a unique take on combat in a turn-base environment. The battlefield is broken into areas and depending on the character and their specific attributes, this will determine how many areas they can move to during a combat turn. Areas outlined in blue are where you and your party members can move to while areas outlined in red are where the enemies can move to. Depending on the particular battlefield that you are on, you will come across destructible elements, differences in elevation and objects to use for cover. Taking into consideration how the environment can affect your effectiveness in battle as well as the strengths and weaknesses of your opponents and any other attributes that have a direct effect on their effectiveness in battle can mean the difference between defeating the enemy or the enemy defeating you.

During battles, you not only have the ability to make attacks on the enemies with weapons or through magic but you also have the ability to link some or all of your party members for a combined, powerful attack. The link happens when you begin your turn and declare your attack with the first party member. If additional party members are attacking the same enemy, placing them in proximity the the first attacking member will automatically create the link. Depending on the type of attack and their distance from the enemy, you could end up doing some serious damage because of the combined effort. This can be a great way to dispatch of the opponents you will face when you pull it off right but it also has the draw back of leaving you open to attacks if all factors affecting battle aren’t taking into consideration. In addition, when placing your party members in a particular spot on the battlefield, you also need to be aware that you can hurt them with friendly fire. It is imperative to remember that when picking your lines of sight, you need to have a clear path to the enemy. Learning the behaviors of the enemies that you will encounter will also allow you to take into consideration the enemies propensity to change position during turns of a battle because it could have you attacking your teammates if the target has moved to a spot that has one of them between you and him/her/it. 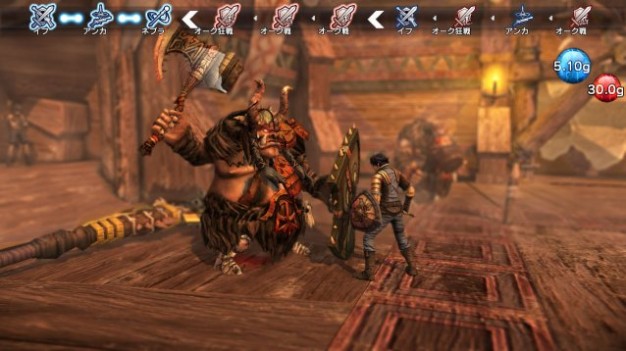 The muted palette lends to some uninteresting visuals sometimes.

The graphics in Natural Doctrine are definitely unique but seem a little uneven in different places of the game. For instance, the intro montage and the world map are some of the most amazing looking artwork that I have ever seen in a video game. The world map itself looks like a painting you would see in a classical art museum. When you get to the actual in-game graphics, however, while they are not completely awful, the environments and the characters just seemed a little flat and muted. Where the world map is colorful and stylized, the in-game environments are bland and ordinary. It may not be the prettiest game out right now, mind, and being that we have been getting spoiled by some mighty-fine looking games since the start of this current generation, this should not persuade you to not give this game a try, especially if you are a fan of hardcore strategy RPGs.

The soundtrack in Natural Doctrine is nothing to shake a magic wand at. The music is an important aspect of any RPG worth its salt as it strives to set the tone of the entire journey while at the same time keeping the player engaged in the story. Therefore, the music must carry the emotion from joy to sadness and do so without the player even noticing. In this game, the soundtrack is an impressive mixture of orchestral epiphany’s when you are interacting with the natives or when celebrating a hard fought victory and doom heavy battle tunes when you are leagues underground exploring an abandoned cave. It all comes together to create a unique experience unlike anything available right now for next-gen consoles. 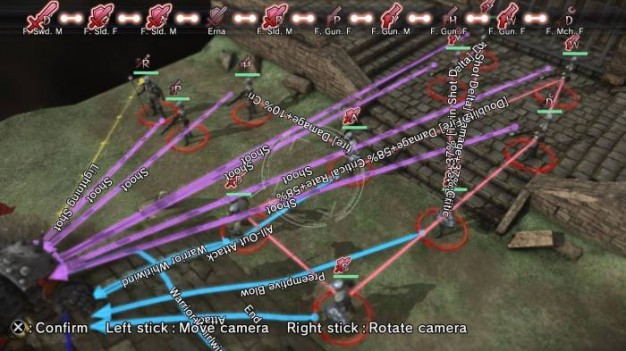 The “Link” system in action:  All I know is, someone is about to get “molli-whomped!”

While there are other RPGs out there that may look better, they definitely wont give you the level of strategic control over the way that battles play out than Natural Doctrine. This is the strength of this RPG but it may be something of a non-starter for those individuals who are used to the speed of battle in traditional RPGs. Because of this heavy emphasis on strategy, battles take longer to play out than they do in traditional RPGs simply because you have a lot more to take into consideration. This game focuses more on how you go about combat in a more methodical fashion than simply choosing your enemy, the type of attack and letting it rip. This game will be greatly appreciated by those who love the minutia of battle preparation but will probably turn away the more casual RPG gamer.

This is a game for fans of hardcore strategy RPGs. The learning curve is a bit steep, but with a little practice and perseverance it will turn into a rewarding gaming experience.