The year 1984 saw Gremlins – a quirky movie about a cute, furry little creature called a Mogwai and nicknamed “Gizmo,” that after coming into contact with water, would sprout wacky, and sometimes demonic “offspring” called gremlins – hit movie theaters all over the United States.  I can imagine that no one thought that this movie would become the cult classic that it has but for some reason, it resonated with audiences. Six years later, a sequel would hit theaters. With triple the budget and complete creative control, director Joe Dante would make a movie even weirder and more demented than the original. 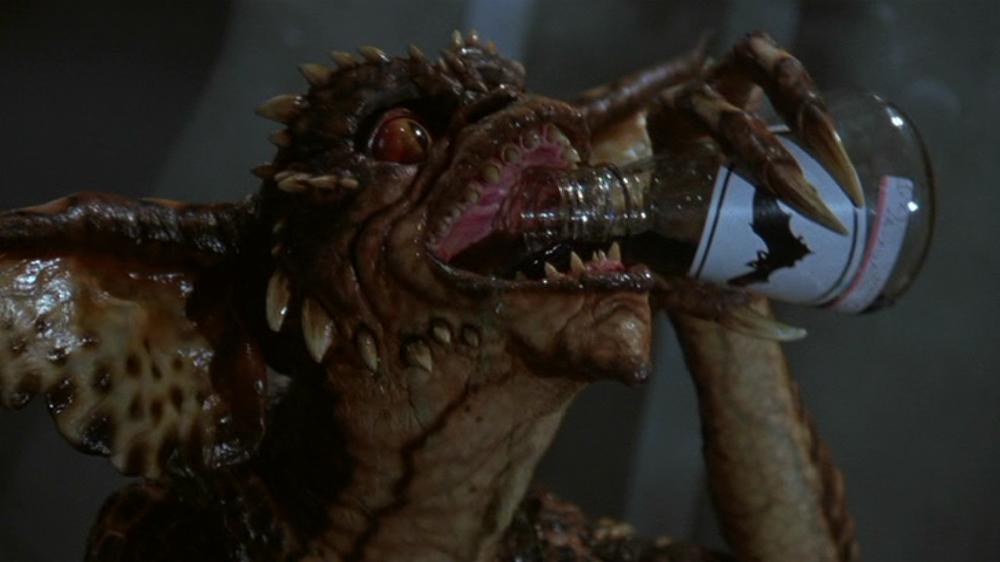 I see where this is going…

Gremlins 2: The New Batch had an even crazier storyline, with Gizmo spawning an even more outrageous animal-gremlin hybrid cast, including an Electro Gremlin, Veggie Gremlin, Spider Gremlin, Femme Fatale Gremlin and, of course, the Bat Gremlin.  Known for the immense level of detail that they put into the figures that they design, NECA has created one of the most detailed recreations of the Gremlins brand to date, and their take on the fan-favorite Bat Gremlin is no exception.  Standing at approximately 6 inches tall, with a massive wingspan of nearly 18 inches, this collectible is a must have for any Gremlins fan. 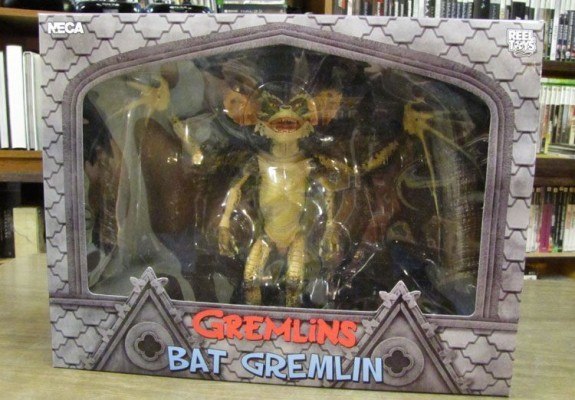 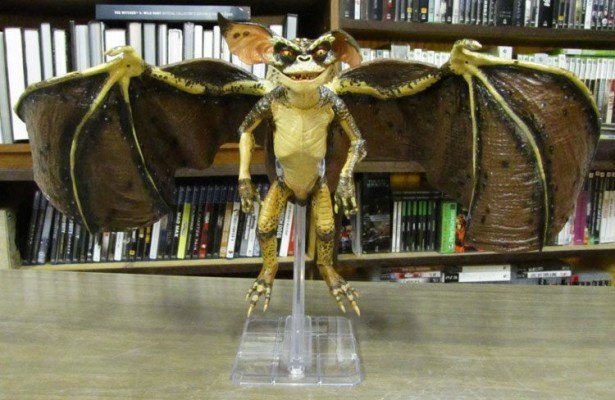 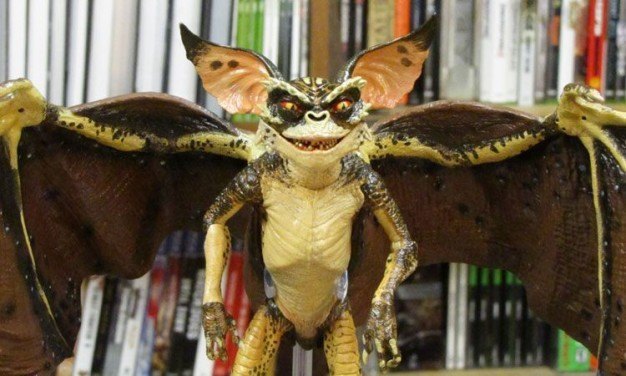 The Bat Gremlin is a detailed re-creation of the puppet seen in the movie Gremlins 2: The New Batch.   The really cool feature on this figure is that it is fully articulated, including hinged ears, hinged jaw, jointed neck and jointed arms.  In addition, the wings are also hinged which allows them to spread open and fold closed. The level of articulation on this figure is awesome and, with the included stand, you can get it into some pretty imaginative poses.  Because of his massive wings, Bat Gremlin can’t stand without it, so it is a necessary piece to have included with the figure. 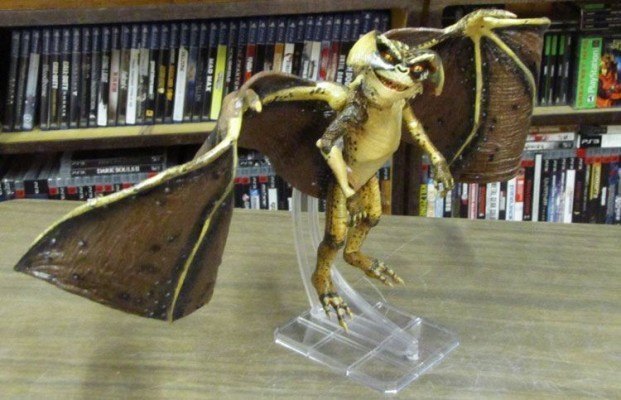 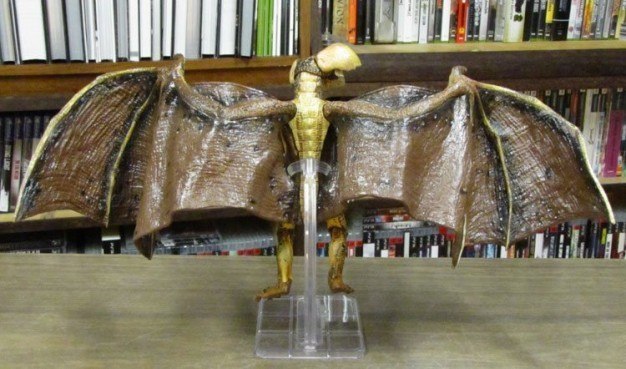 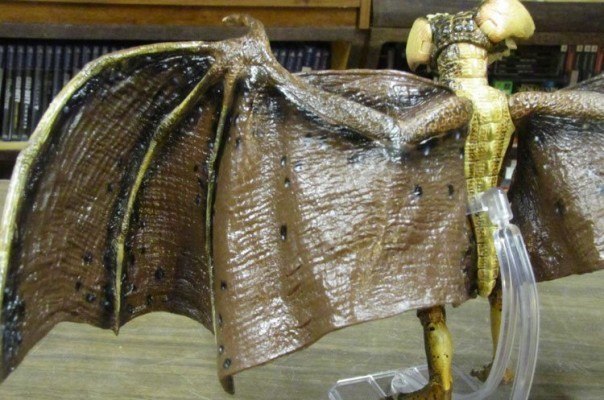 The sculpt of the Bat Gremlin stays very faithful to the puppet that was used in the movie.  From the bony ridges above the eyes to the scaly look and feel of the skin to the leathery texture of the wings.  The detail in the face alone is astonishing and if you look at it long enough, it just might wink at you.  Not really, but it does look very good.  The highlight on this figure is the sheer size of the wings which are very detailed and not only look like real bat wings but actually feel like real bat wings. 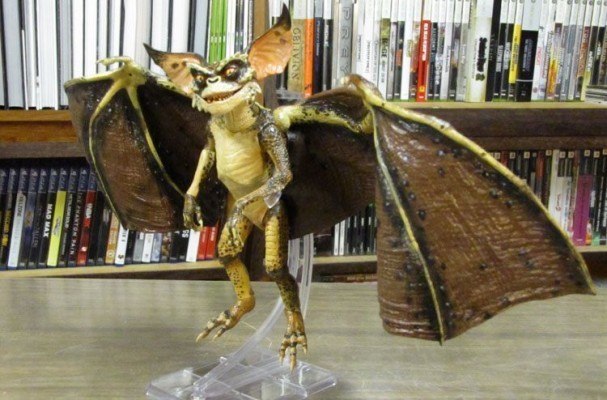 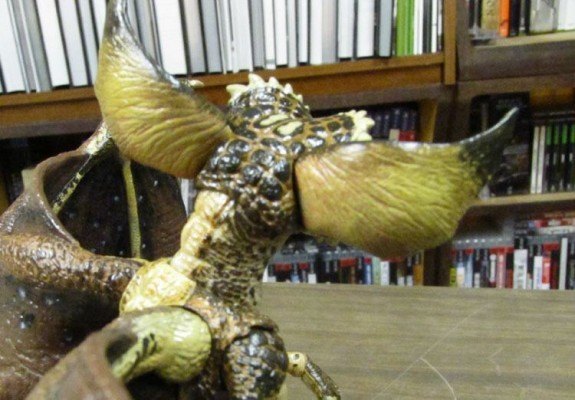 The paint job on this figure helps to make it stand out from the other Gremlins figures offered by NECA.  The browns, tans and yellows in the appearance of the Bat Gremlin is what really brings this figure to life.  As a huge fan of this movie franchise, I was truly astonished at how closely it looks to the puppet used in the movie.  It doesn’t look cheap in the slightest bit but has a very high quality finish that actually makes the figure look as if it is alive. 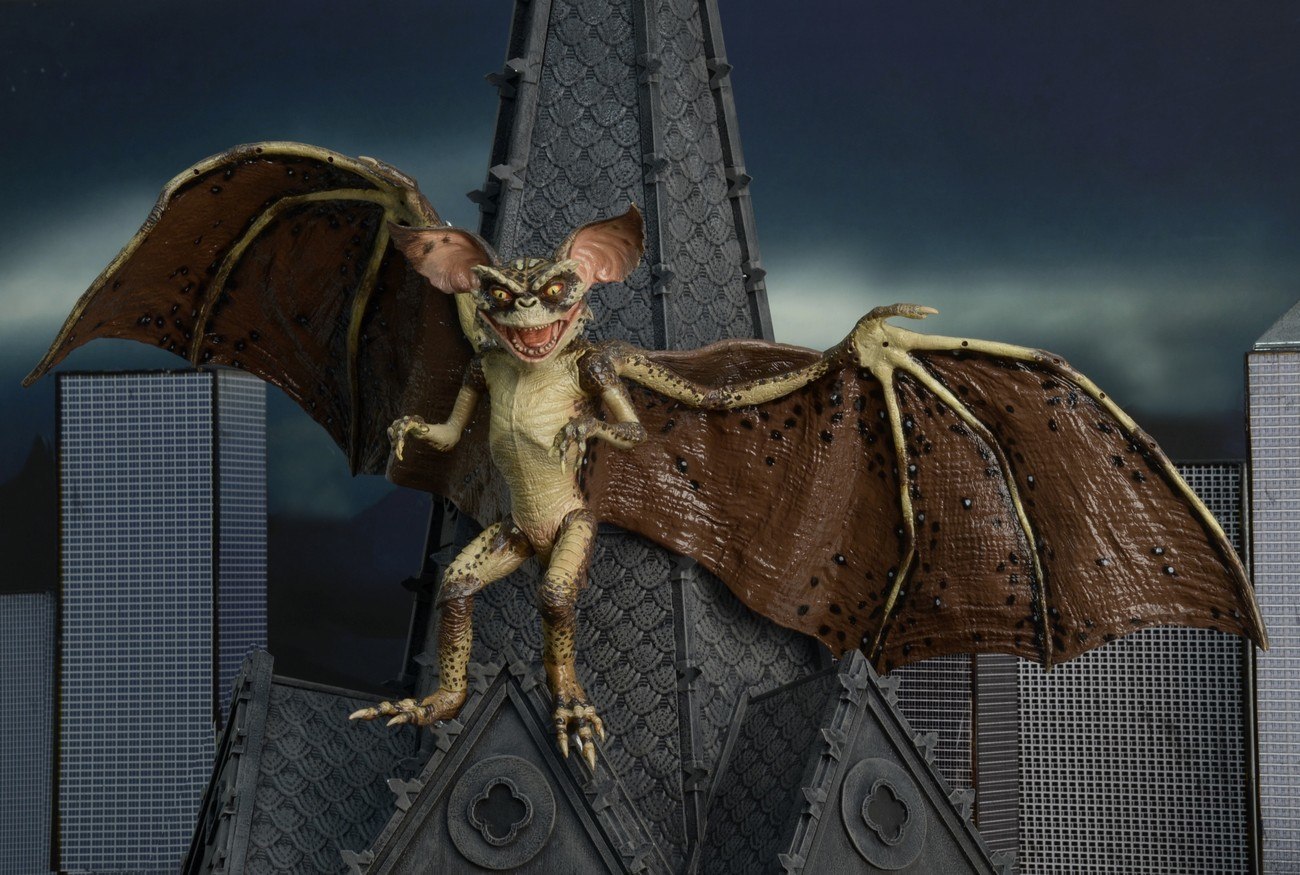 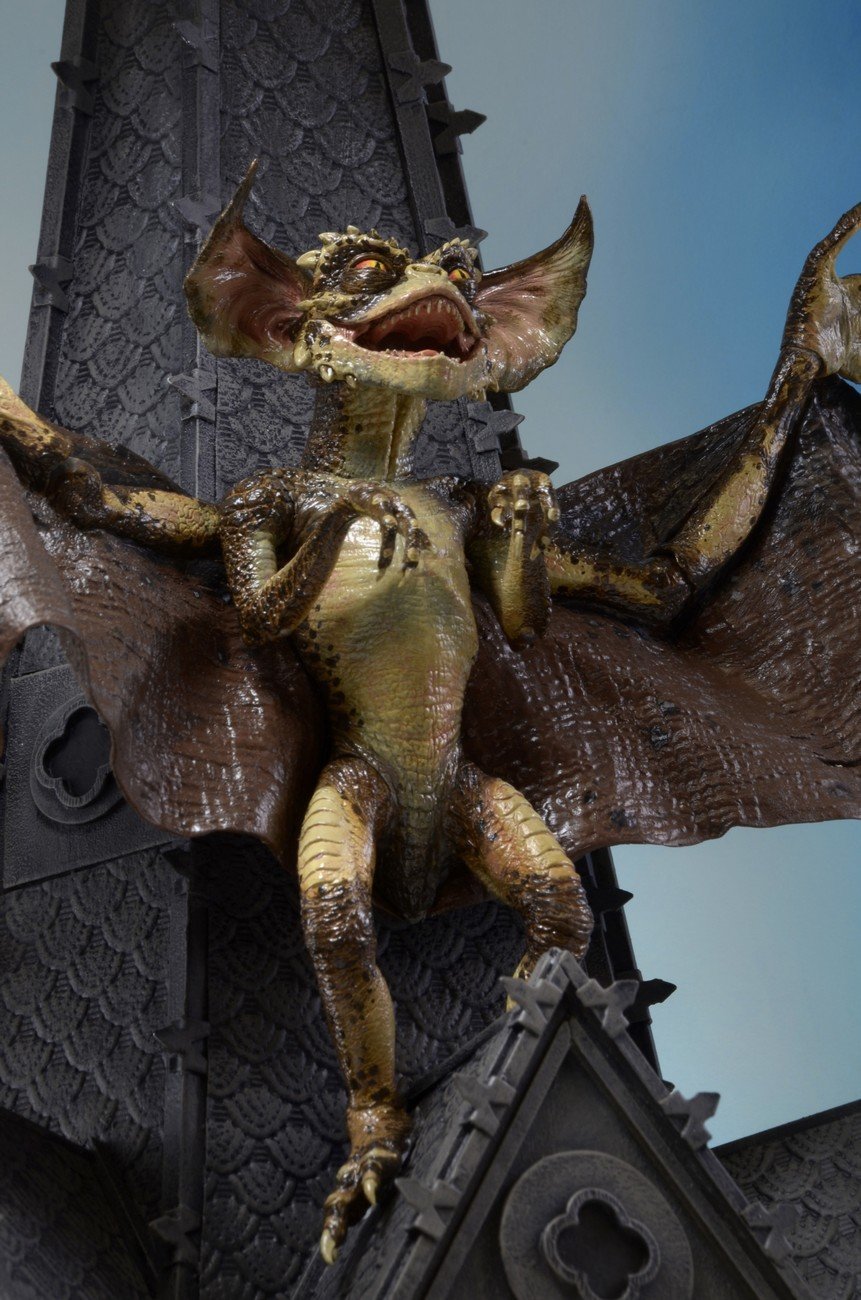 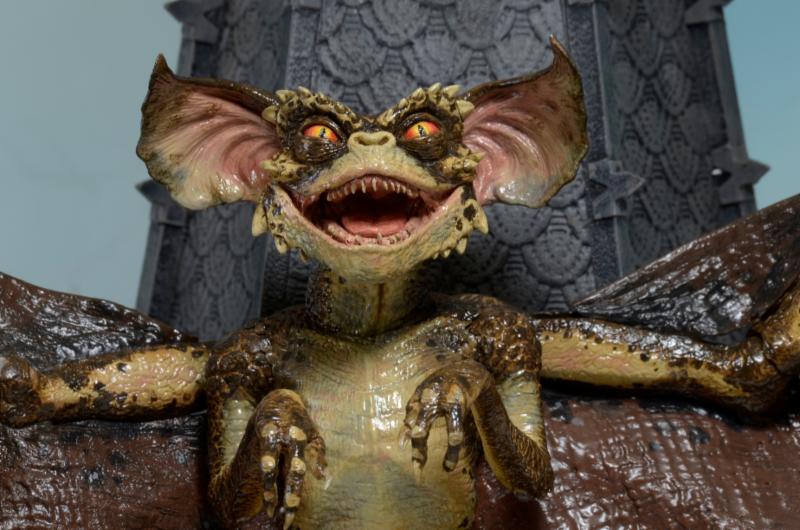 Overall, I was really impressed with this Gremlins figure.  NECA has done other figures from the Gremlins movies but this one really sets the bar high for any other figures out there on the market today.  The joints are crafted in a way that reduces wear so putting the figure in numerous poses will not diminish the tension necessary to hold the pose.  I just wish that the feet were styled in a way that would allow it to stand on its own and not with the help of the stand.  From the sheer amount of articulation points to the highly detailed sculpt to the movie accurate paint job, this figure is definitely worthy of a place on your display shelf.

This review is based on a product provided by NECA.

– Should be able to stand on its own