When I heard the game title, Neverending Nightmares, I figured this would be some horror game. After I saw the art, I was intrigued. When I played the game, it definitely showed me strong tones of an internal psychological warfare going through the protagonist’s mind. My best guess was schizophrenia. 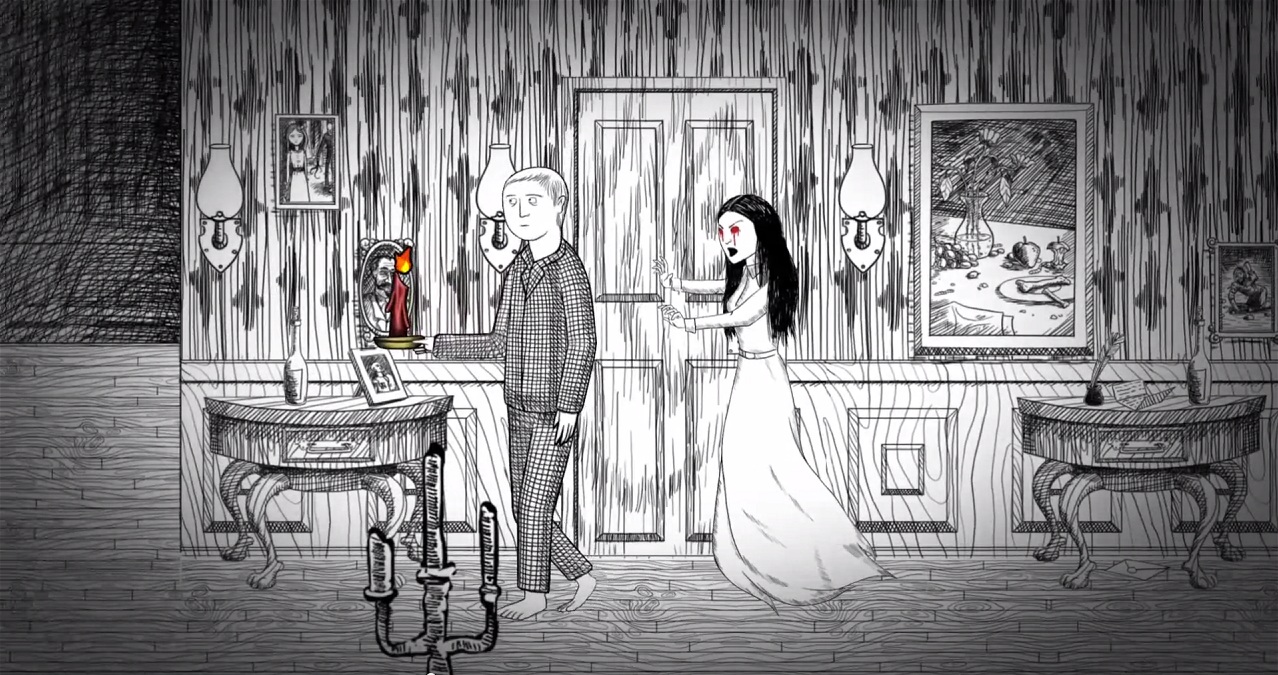 After doing a little research on the game, I was quite surprised to learn that my guess was wrong. The game’s developer wanted to create a game that gave him the same feelings of despair he struggles with in dealing with his depression and obsessive-compulsive disorder. I also found out that the recent release of Neverending Nightmares for the PS4 and Vita (with a cross-buy feature) is a port of a game released two years ago for the PC (via Steam and Ouya). It also had a Kickstarter campaign and was marketed as a “psychological horror.”

So how scary is Neverending Nightmares? Well, it’s not really scary at all. Don’t get the title get you all worked up. 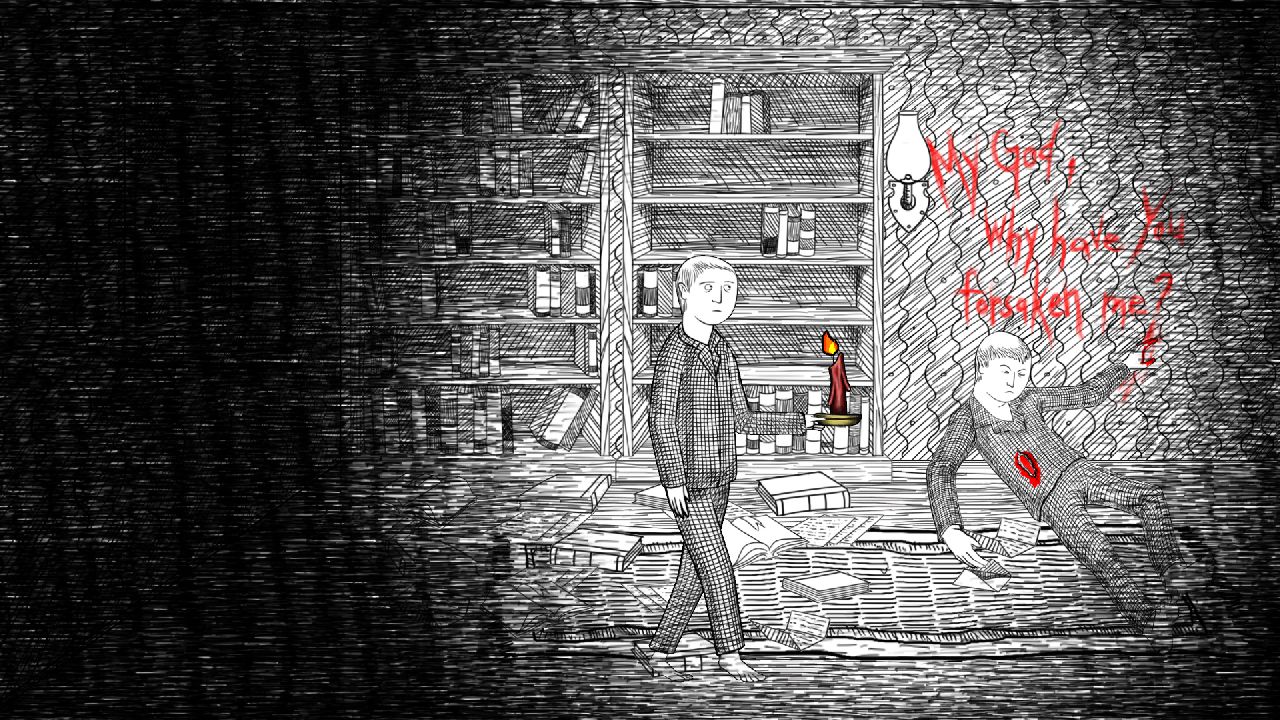 What you should pay attention to in the title is how it mentions nightmares. In Neverending Nightmares, you play as Thomas, our hero who seems to be trapped in a constant state of dreaming. Whenever he wakes up from his dream, or rather nightmare, he seems to wake up to another one. Each nightmare tells a little bit of the story, since I can guarantee that you will not be getting the story if you never looked up anything about the game. There are recurring pieces in each nightmare that is integral in the story, with one being a dark-haired woman who appears to be bleeding from a different wound each nightmare.

The game does allow for multiple endings based on how you have played the game. Each ending is a sick and twisted reality that Thomas must wake up to and somewhat explains the story or at least that version of the story branch. Unfortunately, there are only three different endings and all of still are all left up to your interpretation of what is going on. 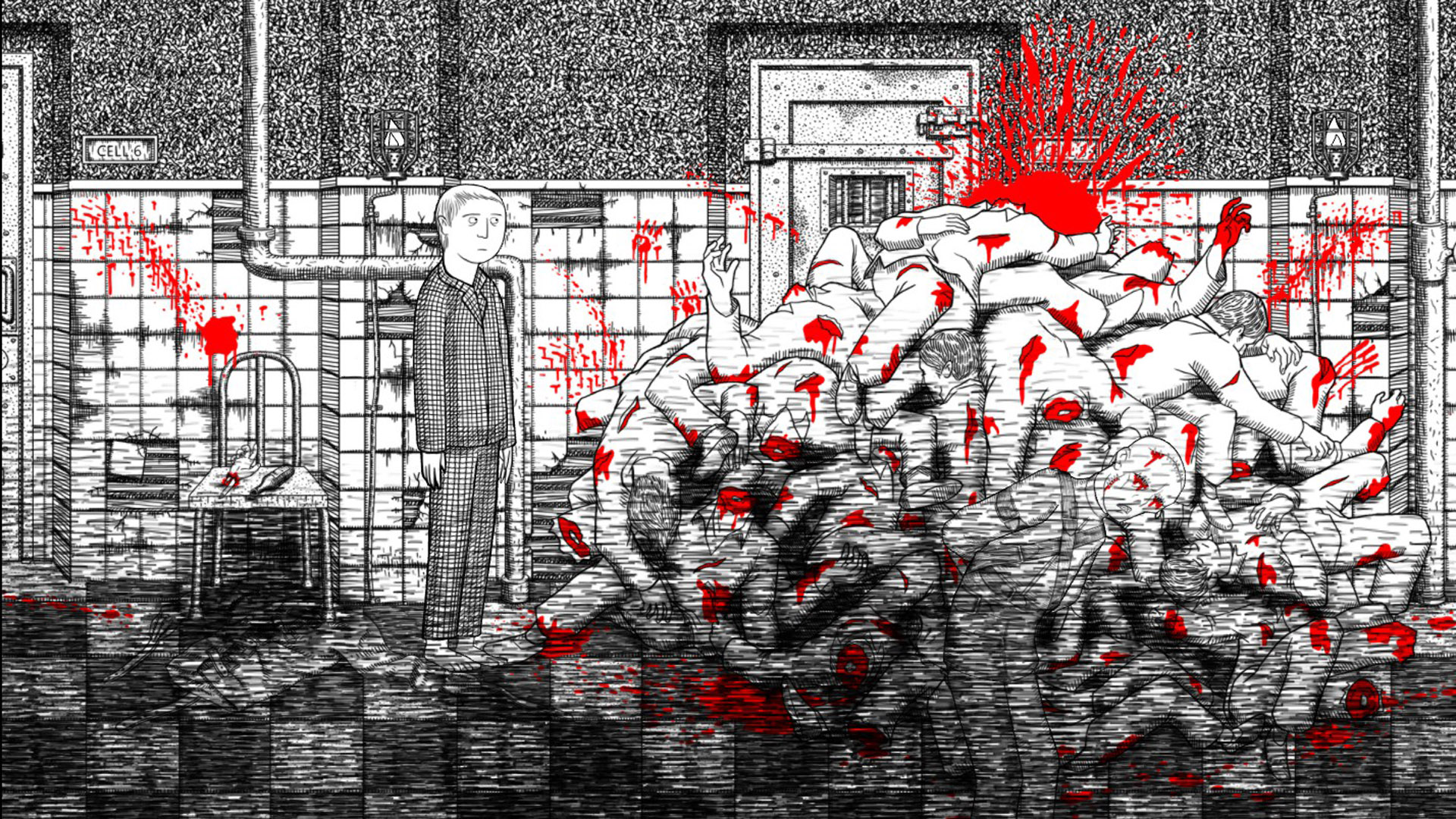 Trying to figure out what to do is also confusing in Neverending Nightmares. A huge majority of the game is spent on Thomas walking in corridors, whether it is in his own Victorian-themed home, some dark forest, or a deserted cemetery, you are always on the move. The game does no explaining of where to go or what to do; you kind of just figure it out as you enter another doorway or some dark area.

There are some enemies that serve as a challenge for Thomas. These enemies are some of the creepiest, weirdest creatures fitting of the psychological horror theme. One is a giant baby and another is a psych ward patient strapped in a straitjacket. As Thomas, you must figure out how to avoid these creatures and get past them to proceed the path and getting near one of these creatures will result in his death. Luckily, since Thomas is undergoing an eternal slumber, he just wakes up to another nightmare, but really, the game utilizes it as a save point and the next door Thomas goes into will be in the same area where he was killed. 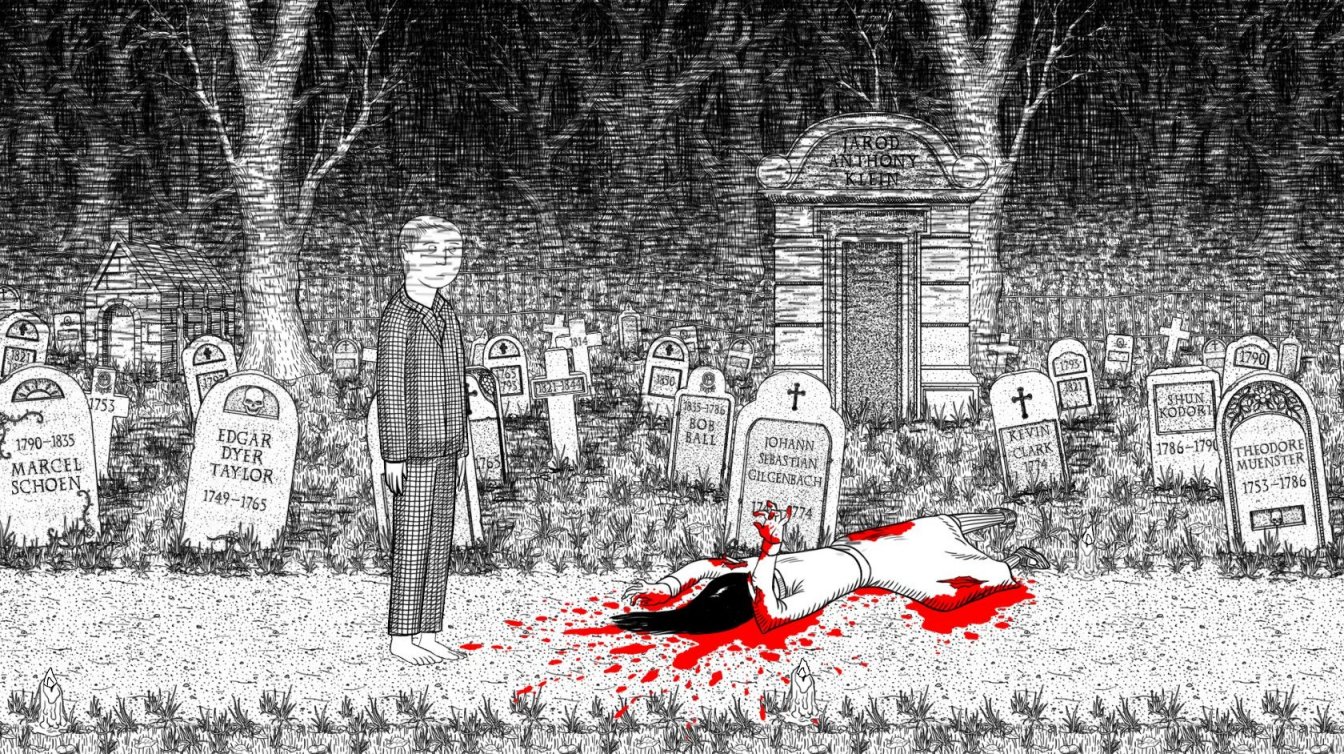 There are not a lot of times you will encounter enemies, but when you do, again you will have to figure out how to get past these creatures. Most of the time, Thomas will need to sprint past them. This is where the frustration comes. Thomas, seems to have asthma and runs out breath very quickly. Let me explain. Thomas normally walks (just holding a directional button) in a sluggish pace by the way. Holding a shoulder button lets Thomas sprint a little, but he runs out of stamina which the game only gives you an audio clue on how much he loses while sprinting. If Thomas loses all his stamina, he has to catch his breath, which means he literally will stand there for about three seconds before he can move again. It is literally a game over if he runs out of stamina when he is running away from enemies, and it is even worse when you run out of stamina while just going through a hallway to get to the next door without any enemies at all.

Neverending Nightmares is also a very short game. Completing the story with all three endings may take you about two to three hours, and that’s even with exploring every nook and cranny. The lack of finding things to read, talking to people along the way, or even reading the thoughts of Thomas really helps with the story’s brevity. Sadly, I wish the game allowed the chance to flesh out the psychological horror theme by adding more communication to explain the story and what is going on with Thomas, and I felt like this was a wasted opportunity. 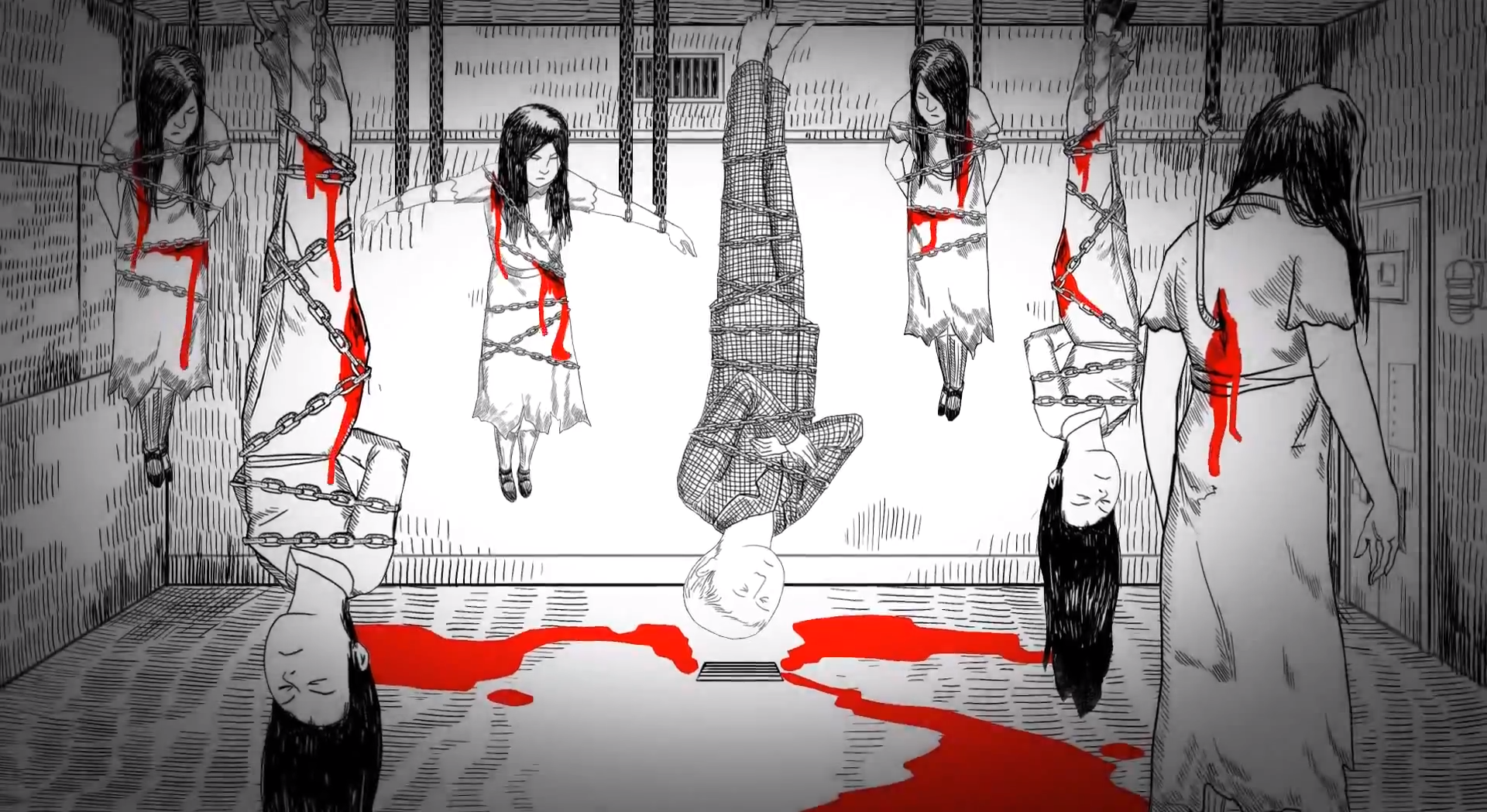 What really saves Neverending Nightmares is the design. The art direction that the game takes is very reminiscent of an Edward Gorey artwork. The hand-drawn black ink design is very fitting of the game’s psychological horror theme, and there are several key places where there is color other than black. One of them is the red from blood that really pops out in your eyes and it can literally warn you of danger lurking about.

There is not much audio going in the game besides some heavy breathing sounds coming from Thomas. It definitely gives off that psychological horror vibe. In certain points of the game where you least expect it, there are a few jump scenes with accompanying shocking sounds, but they are not that scary. Trust me. 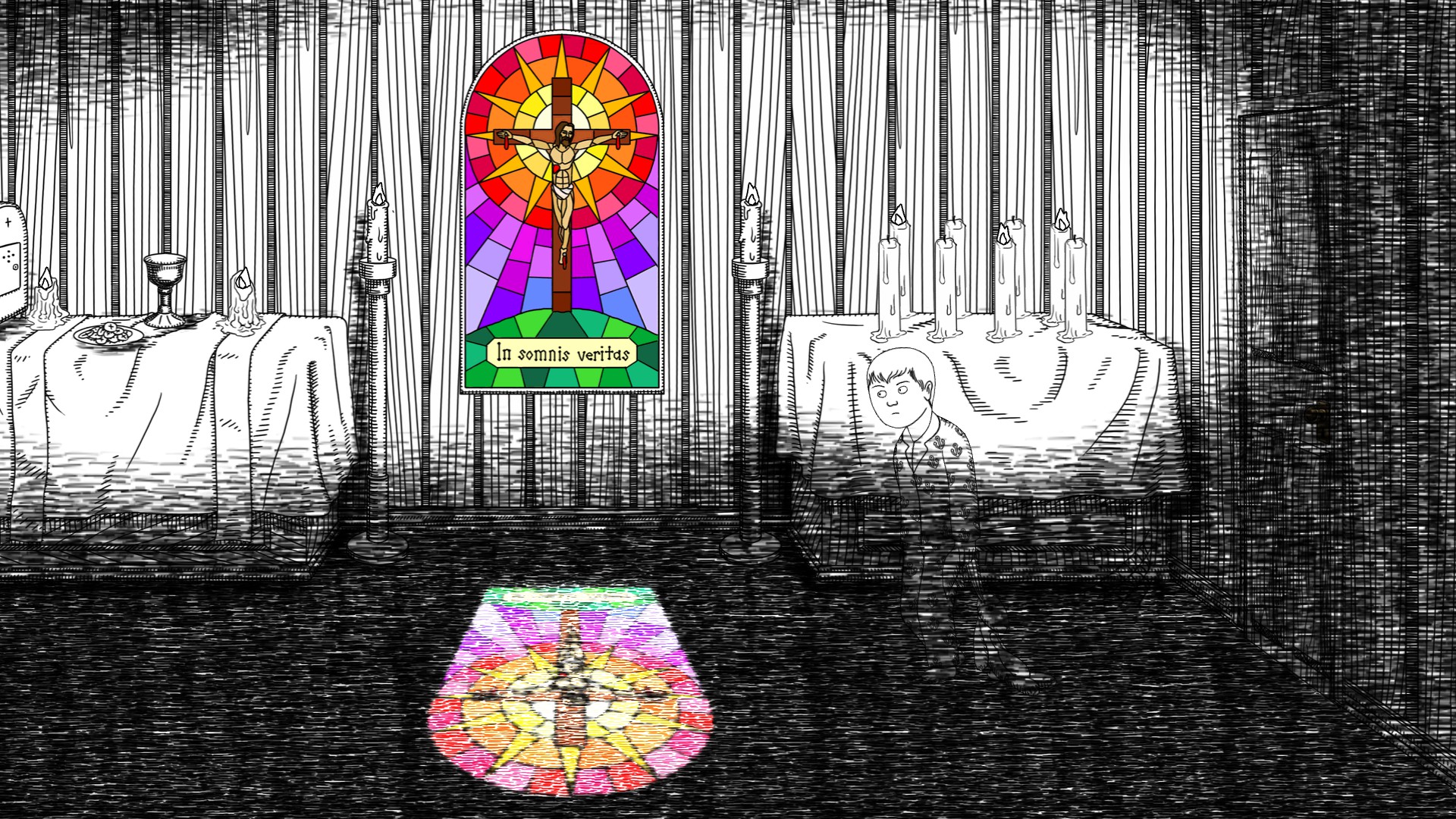 Ultimately, I do recommend Neverending Nightmares, but definitely during a discount. The shortness of the story and lack of gameplay explanations may turn off a lot of players who may not think they got the most bang out of their bucks with this game. However, the game’s art direction and the game’s take on trying to show players how one might suffer with a psychological disorder is enough to warrant giving this game a few hours of playtime.

Figure Out How to Wake Up from a Never-Ending Nightmare