As video game systems have become more advanced, and their target audience more mature, a slew of companies have emerged from the entrepreneurial ether to meet the demand for sleeker, sexier gaming peripherals. And no one makes them sleeker or sexier than Nyko, whose new Modular Charge Station for the Playstation 4 provides an elegant third-party solution to a first-party problem. Despite having ditched wired controllers a couple generations back, Sony would still have us fight a tangle of cables when the controller’s dreaded red light starts flashing.

Nothing detracts from the stylish, striking Frank Lloyd Wright-ian lines of this system like a mess of USB cables hanging from the front; it’s like putting Groucho glasses on Michelangelo’s David. Nyko’s Modular Charge Station for the PS4 integrates seamlessly with the system, allowing you to finally charge your wireless DualShock 4 controllers wirelessly. In other words, they ditch the glasses so you can appreciate the system’s design. 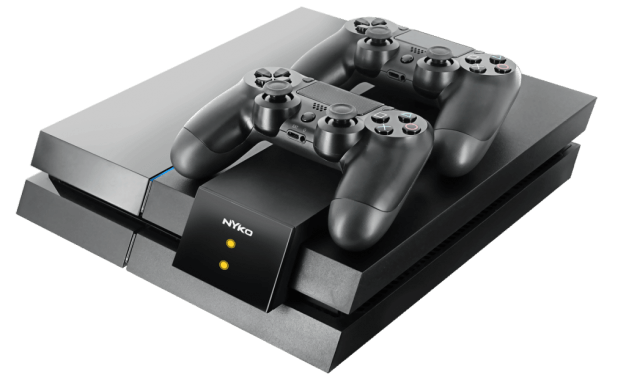 The Modular Charge Station plugs directly into into the two front USB ports, extending along the top length of the console. Nyko provides two thin protective pads to go between the dock and the PS4, preventing any accidental scuffs or scratches. Though I appreciated their inclusion, I ended up not even using them. The textured dock attaches to the similarly textured side of the PS4, not the scratch-sensitive acrylic side. I attached and removed the dock several times to show it off to my fellow wire-hating, game-loving friends, with no cosmetic damage to either the charge station or game system.

While we’re on the topic of cosmetic appeal, the design of the station fits seamlessly with the PS4’s minimalist aesthetic, all sharp angles, clean lines, and – in case you’re concerned about how it changes the overall form factor – slim design that will help you save space. No need to hide your controllers in drawers or tuck them away in cabinets; the DS4 is as much an elegant, ergonomic marvel of modern technology as the system itself, and the Modular Charge Station allows you to charge and display your DS4 controllers simultaneously. You certainly paid enough for them, so why not show them off! 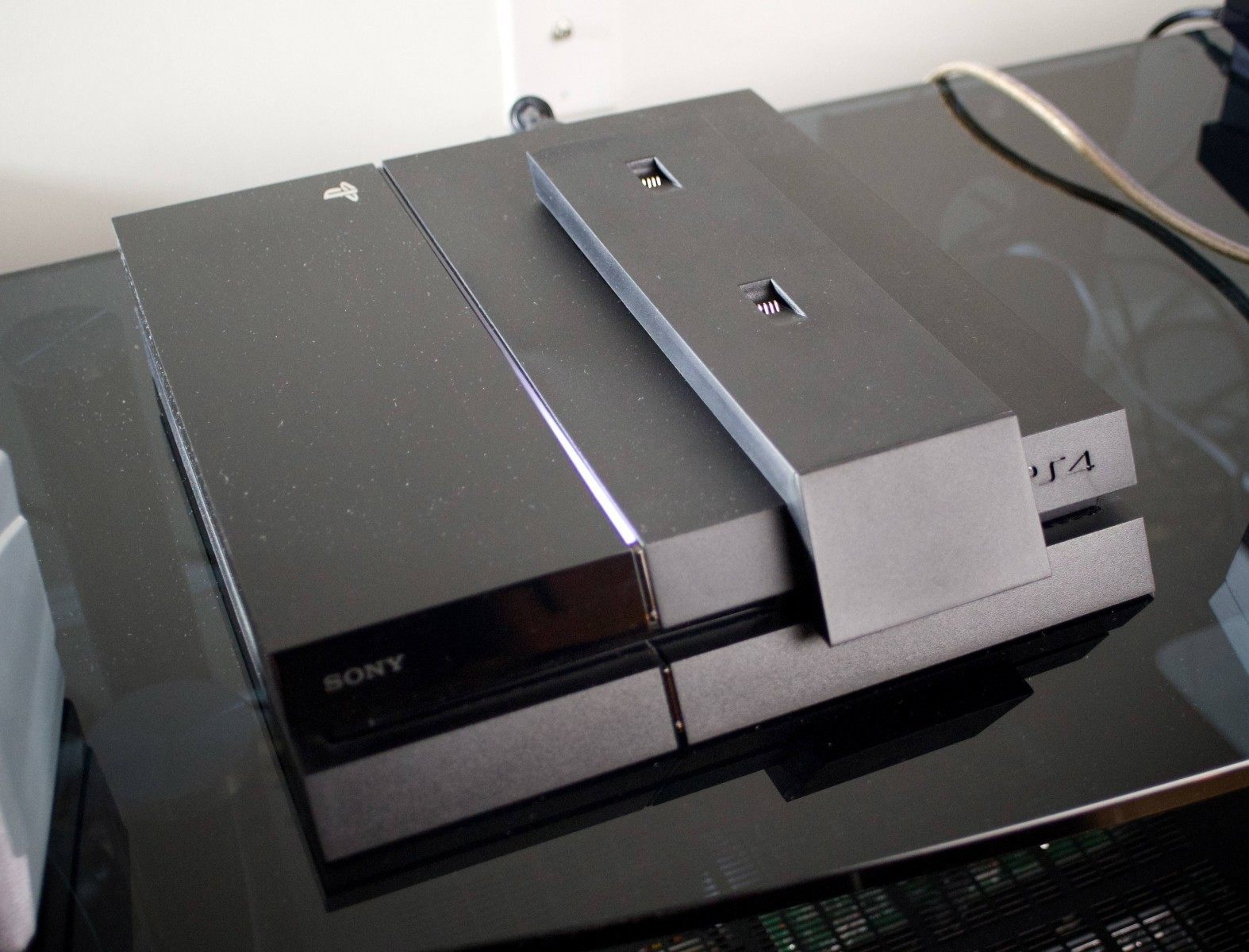 But how does this magic plastic plank actually get the juice from the PS4 to your DS4s? A small dongle attaches to the micro USB port of each controller. They’re small. They’re thin. They’re completely unobtrusive. But most importantly, they are what allow you to simply drop your DS4 on the dock when you’re done playing to start it charging for your next marathon gaming session. It couldn’t be simpler, baring the invention of a controller powered by a person’s failed dreams and dashed hopes. Sorry, it’s been a rough month. But back to the review, if I had one complaint it would be that it occasionally took a little jiggle to properly “seat” the dongle-equipped controller in the dock.

I experience the same problem with my Logitech Harmony remote. But unlike Logitech, Nyko has preemptively addressed this issue in a couple of clever ways. Firstly, their patented dongles are imbedded with magnets that are attracted to the dock, helping you correctly align and position the controller for a nice, clean connection. Secondly, the indicator lights on the front of the dock, which are only visible when a controller is docked and charging, will let you know if you’re seated properly. When the controller is fully charged, the yellow indicator lights – along with the white Nyko logo – disappear and the dock stops sending a charge to the controller so you don’t need to worry about shortening the battery life.

If you’re wondering whether the Modular Charge Station will get you to full charge any quicker than your Sony-provided cable, because of doubling down on USBs, the answer is no. Despite consuming both USB ports (which could be a problem if you use a non-Bluetooth headset), each port is dedicated to a single controller. The station itself is USB 3.0, but it’s 900 mAh per port max output gets throttled by the DS4’s 800 mAh max input. So it won’t get you charged any faster, but what it will do is look cleaner, work easier and provide an overall more intuitive, less frustrating charging experience.

Nyko’s Modular Charge Station is an elegant answer to the question, “How do you make charging your controllers as wireless as the controllers themselves?”  They’ve created a third-party peripheral that feels first-party all the way, with the same seamless functionality, build quality, and attractive appearance you’d expect from an official Sony-branded product.  And at just $19.99, it’s also attractively priced. 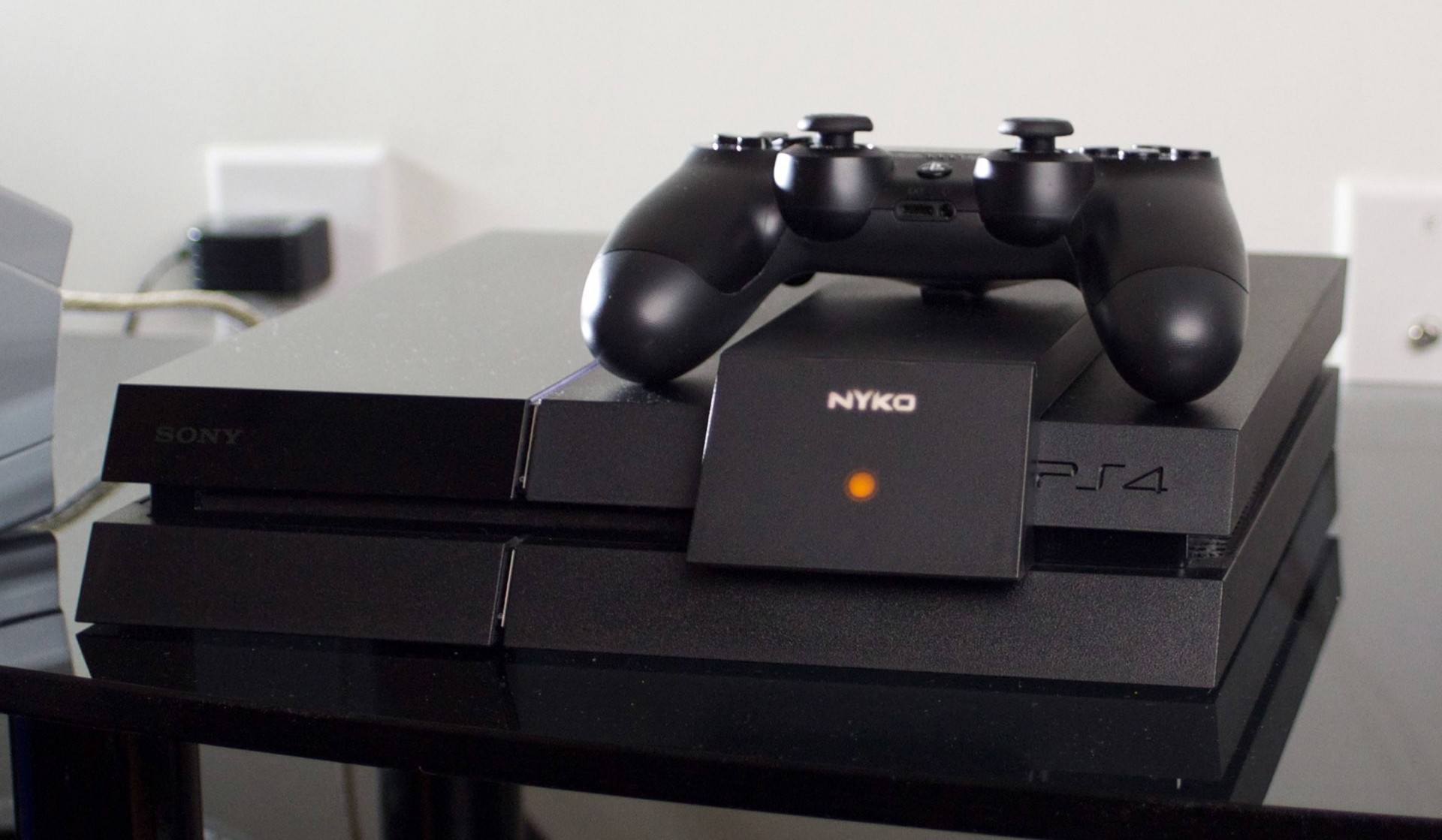 It’s attractive. It’s affordable. But best of all, Nyko’s Modular Charge Station is practical, solving one of the PlayStation 4’s most annoying problems in a way that would even start Sony slow clapping. Bravo!