Are you tired of being an RPG hero? Do you hate being on a mythical quest as the chosen savior of the kingdom? It’s so cliche and worn out that the epicness of the event is truncated by all of the repetition. Enter the developers at Nine Dots Studio, the creators of the open world action RPG Outward, to create an RPG with a different approach to an RPG protagonist’s quest. 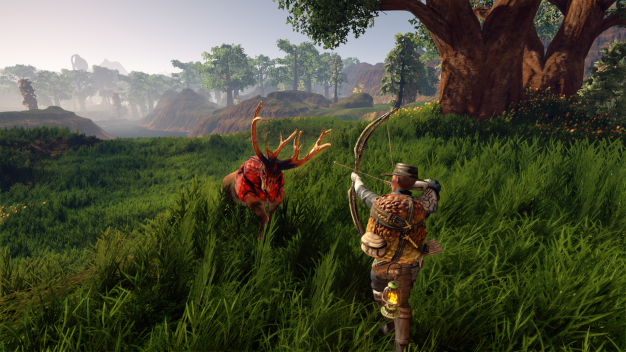 In Outward, you are not the hero or the destined savior of the world. You are just an average villager trying their best to make a living in a dangerous world. This concept is hammered home in both the plot and the gameplay loop over and over. At the beginning of the game there are no expectations on you other than to pay your rent or you lose your house. When you travel beyond the town walls the enemy encounters are unforgiving and make each fight feel like a desperate struggle.

Despite the fights being difficult, your character cannot “die”. You can fail, but when you fail in combat you are taken prisoner by bandits or rescued by a hunter. Just a splash screen of text saying what happened when you lost the fight and where you are now. You can lose all of your items pretty easily though and that makes the survival aspects all the more difficult. I was ambushed by wolves after a difficult fight and lost my weapons, clothes, items, and armor. I was in such a bad position it was just easier to restart the game. 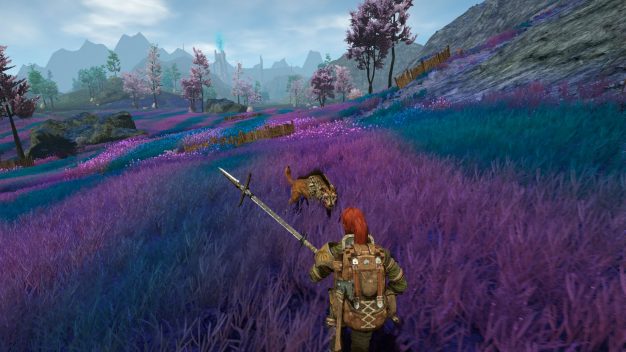 The reason it was easier to restart is because Outward employs a unique dynamic save system. The game keeps a rolling autosave that keeps overwriting itself so there’s no possibility to turn back the clock or undo a costly decision. The intent of this system is interesting in that it forces the player to commit to their actions and live with the failures, but from a quality of life standpoint it can be infuriating for the player. The whole world is strange and new, you don’t know what enemies can one shot kill you or what NPCs will randomly lock you in a dungeon, which unintentionally guides the player into playing very conservatively and missing out on experiences for risk of losing progress.

The combat of Outward is very similar to other 3rd person action RPGs such as Assassins Creed Odyssey or Dark Souls. Where there are dedicated buttons for a light attack, heavy attack, dodge, and block with a separate trigger for special abilities such as magic. Outward does enough to separate itself from the others in the form of requiring a plan of attack; you need to quickly unattach your pack if you plan to roll around dodging and you need to setup wards for effective spellcasting. 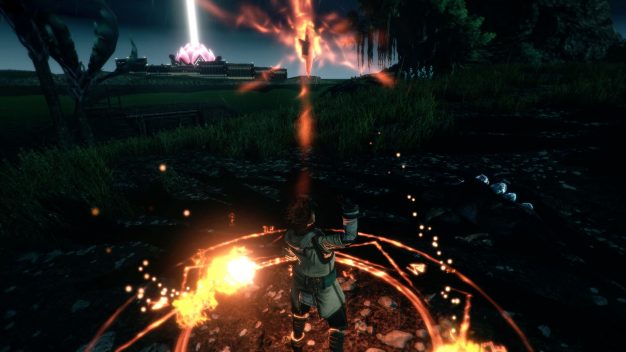 However, Outward is a little loose on the combat side of the mechanics, being very heavily animation based and having hitboxes that don’t even look close to the character model. There was an encounter I had with a bandit that stabbed the area far to the left of my character and it counted as a hit, which is vital due to the low amount of hits it takes to fail a fight.

You can make things easier with the co-op feature that works in both online and couch co-op modes. You can have a ranged character pull aggro while the melee character chips away damage to get the kill. This mode works well in that there’s an extra security layer if things go south in a fight and you’re at risk of losing your items. If it all possible, this is probably the best way to experience Outward, as the single player mode leaves a lot to be desired. 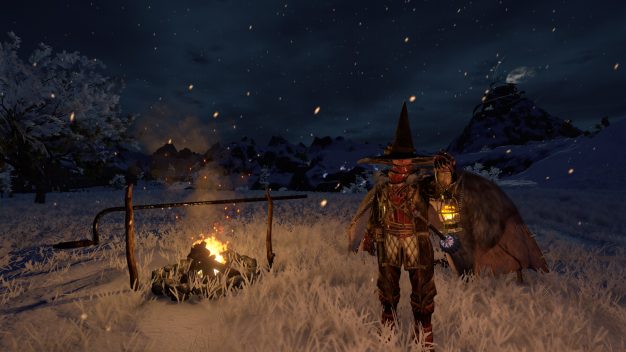 When it comes to appearances, Outward is more than a little rough around the edges. Upon first impression of the character models and world it very much felt like I was playing a game that had been released in 2005. The character models are always ugly up close and the structures seem a bit too blocky to fit naturally into the world. The open world areas are impressive comparatively, with great use of flora to set each area apart from the other and appear unique. However, these large open areas are very empty. In all of my time running through the world, which you will be doing a lot due to the lack of fast travel, I only ran into 1 friendly NPC not in a town. Everything else tries to attack on sight, and even those are spaced out pretty far.

Outward is more than just combat and exploration though; it blends in a healthy mix of survival elements that you need to track to ensure your characters health. There are thirst meters to keep in check with water, hunger meters with each food item having its own expiration timer, body heat so you need to adjust clothing per the area, stamina bars affected by the pain your character is in or by the time since your last rest, there’s even a variety of illnesses such as colds and indigestion your character can contract out in the wilderness. 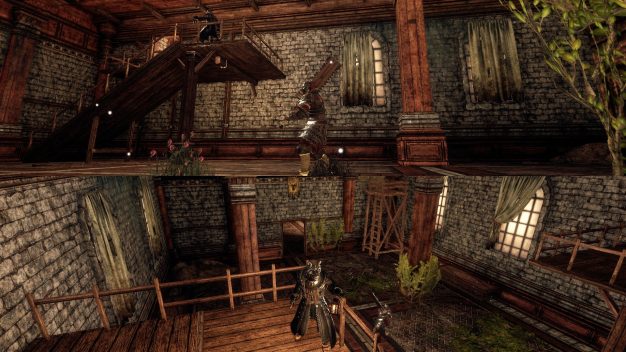 The game gives you the ability to juggle all of these, but it’s by no means easy to do so. You need to keep track of your materials, the weight of them in the pack, the best options of preparing or preserving them, and when and where to rest. It is entirely possible to be ambushed during sleep.

Outward goes so far out of its way to provide a difficult hardcore experience for hardcore gamers that it ends up feeling very archaic and obtuse in design. The autosave everywhere makes it very easy to back into a corner that will wipe hours of progress. Having a large map with no fast travel is a real unnecessary hindrance and requires a lot of time spent backtracking. There is no mini map or objective markers, which is fine as a design choice, but the map that is provided is just a normal paper map with no compass or indication of where your character is on it other than some vague monuments that you can try to use to reorient yourself. It’s actually just easier to explore and memorize the map locations, but this is still a hassle and feels like the game is demanding more from the player than it does to deserve. 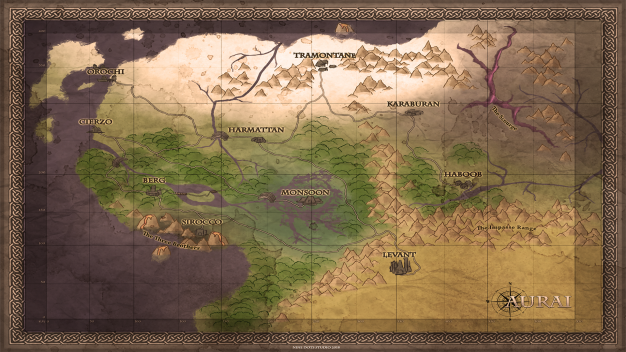 There is a niche crowd that will adore the concepts Outward tries to hit despite its flawed execution, but it’s very obviously hyper focused on just that small crowd of that small niche that it can be very frustrating to try to get into. Outward requires patience and an ability to accept failures and try again. This game needs you to be fine with playing for hours just to lose that progress by failing a stiff, un-enjoyable fight sequence. You can bring a friend along with the co-op feature to make the grind a bit faster, but it’s still just that, a grind.

An adventure to be wary of

Outward is a survival RPG that appeals to the hardest of hardcore RPG fans, who even then have plenty of faults to overlook to enjoy the experience. The combat is stiff and uninspired, the design is archaic, the difficulty is punishing to the point of frustrating even without juggling the variety of survival mechanics, and the characters and buildings look like they’re out of a late original Xbox RPG.