The more recent games in the Persona series are so popular that it’s sort of surprising that they never get direct sequels. There are spinoffs, sure, and obligatory re-releases with new content, but no sequels…until now. Sort of. Persona 5 Strikers has the scale, story, and soul of a direct sequel to the seminal RPG, except that it does away with the traditional turn-based combat in favor of musou-like action. 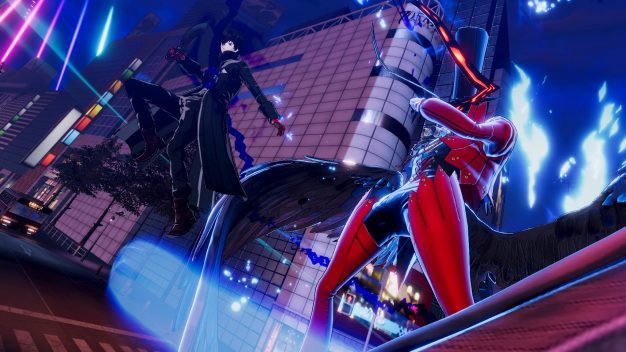 That being said, let me state this right off the bat: this is a Persona game, not a musou game. Despite being co-developed by Omega Force, this is NOT a Warriors game. Instead, the hack-n-slash is only the most basic form of combat in P5S. The developers have gone out of their way to include practically every battle mechanic from the original Persona 5 in the action. That includes Personas, Persons switching, All Out Attacks, elemental weaknesses, gun attacks, and so on. At the start, especially if you were expecting something more like Hyrule Warriors, it’s overwhelming. It took me quite a while to figure out how to use each of the mechanics to my advantage, and even now, there are some I rarely (if ever) pay attention to. Once you figure it out, it does mostly work, but there are definitely one or two things that could have been removed or simplified to make it a better gameplay experience. 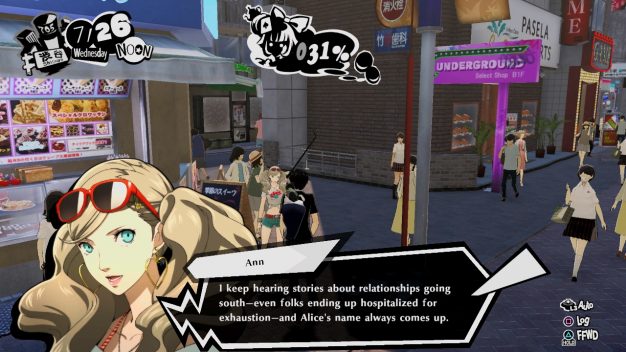 Despite the shift in combat gameplay, though, P5S is a true Persona game and a true sequel. The main characters that players bonded with in Persona 5 are all back, with their original voice actors, pretty much exactly as you remember them. And while there are no social links or the like to slow things down, the story nonetheless provides plenty of opportunities for the characters’ personalities to shine through. Well, mostly; maybe this only stands out to me because he’s my favorite character, but it seems like outside of the part of the game that puts more focus on him, Yusuke is far too often treated as comic relief. But, those gripes aside, the characters that make the series so compelling are well accounted for. The newly added characters have their charm too, and I’m glad the writers decided to shake things up a bit by featuring a major adult character. 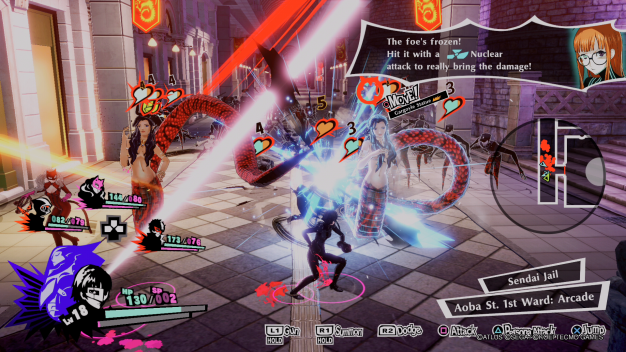 The story is equally worthy of the Persona name, dealing with themes distinct from but still similar to those in the main game. Some elements do feel at least a little bit rushed, but on the other hand, I can’t say I would prefer for the game to be much longer. Part of the problem is that there’s a lot to keep track of; lots of names and details that can be easily forgotten after trudging through one of the game’s dungeons. It also feels like a lot of story is given at the same time at one point, after drip feeding details earlier in the game. But the story is still a good one to tell, and it facilitates interesting situations for the characters. 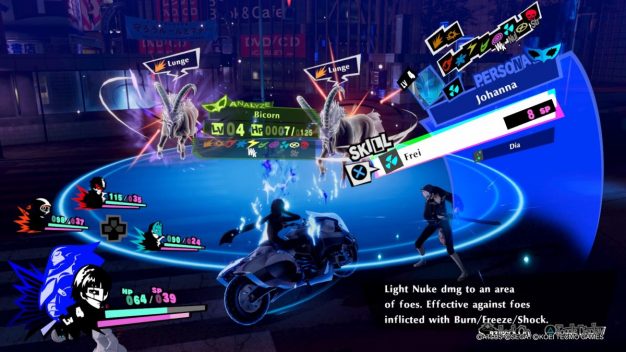 That’s more than enough for me to recommend this game to fans of Persona 5, but I have a feeling I’m not breaking any new ground with that suggestion. If you’re a fan of the original and want to see more of the characters and world, slightly overwhelming (at first) gameplay should not deter you. If you’re just a fan of the Warriors series though, you should probably sit this one out. Still, as a fan of Persona 5 myself, I enjoyed Strikers a ton. It does take a little bit of getting used to, and it can feel like it drags at times, but what’s here works really well and is worth playing. And if you aren’t a fan of Persona 5…go play Persona 5! And then come back to this.

I am thou, thou art I, stick a sword into your eye

+ Play as all party members