I love me an arcade title. There are some games where the minute you start playing you’re instantly transported back to whichever your favorite amusements were. These games can be from any genre, they just have a certain quality to them that makes them fit on a cabinet. The game we’re looking at today is the first roguelike title I’ve come across that genuinely gives me this feeling. If it had been sitting in an amusement arcade when I was a kid, I’d have been broke. I’m so glad this addictive genre wasn’t a thing back then or I’d have been screwed. The title is Revita, I’ve been playing the Steam version, and my god it’s fun!

Revita takes you on a journey to the Clock Tower. To get there you’ll need to travel on the metro from area to area and take elevators until you find that level’s boss. Each zone has roughly ten rooms for you to battle through or collect items from and away you go. Nice and easy right? Nope! This is a roguelike and it’s as true to the genre as anything else I’ve played. Rooms are small and laid out differently every time you enter them, enemies are randomized and death absolutely awaits you. This is what we’re here for though so we’re meeting all expectations thus far. 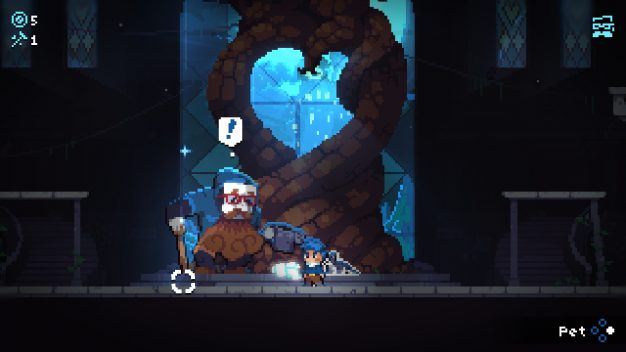 Memoria Station. This is your hub and one of the few friendly places.

Revita is a game that grows as you play and this is one of the things that pulls me back to the roguelike genre over and over again. The games that allow levels to expand based on what you unlock and how many times you play them are, for me at least, the ones that really stand out. As an example, I’d completed the first zone a few times and thought I had a pretty good handle on what to expect. On my third or fourth run into the game, I got off the metro and was told that I could hear buzzing. I thought I’d unlocked a new bit of plot when actually I’d unlocked a new brand of pain. Suddenly I was dealing with flying enemies with drill bits for heads. Being bull-rushed by these kamikaze bastards when I already had plenty on my plate wasn’t fun. Or should I say, it was loads of fun when I’d stopped cursing at the screen and bouncing about like an idiot. These are the things I look for and I’m always happy when I find them. 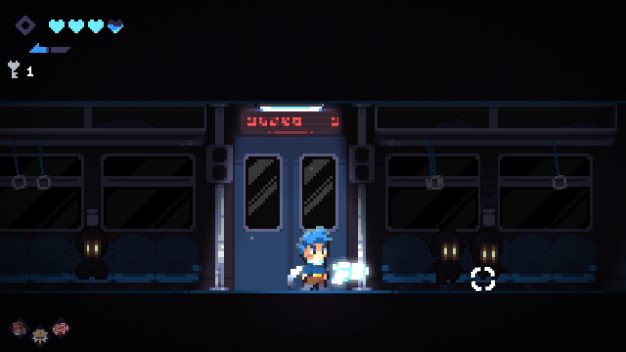 The Metro. It’s your only way of getting to the Clock Tower.

Revita doesn’t just build in terms of the enemies you face. but also the characters you meet. Any roguelike worth its salt has some sort of hub level. In this case, we have Memoria Station and it’s here that some of the characters you unlock as you play will go. These characters range from a girl that will upgrade the rooms of the station for you, to a practice dummy that sells you weapons and more. There’s also something locked in the station called The Imprisoned. By completing challenges you’ll earn prison keys; you can also find them as you play. Giving these keys to The Imprisoned will grant you new items that will be added to the levels as you enter them. Getting all these wonderful things is great. Is it wise letting the big scary monster that’s been bound with well over a hundred locks loose a good idea though? 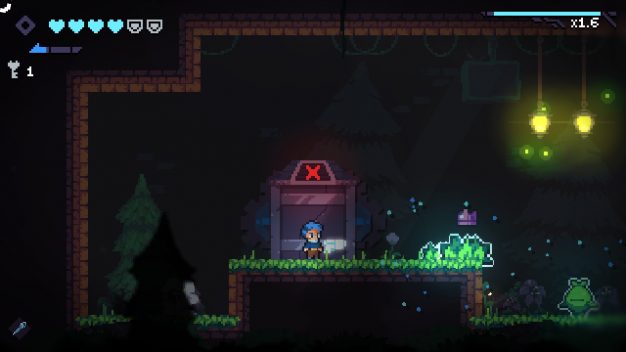 The story unlocks as you play and I’m not going to try and explain it. This is basically because I don’t really know enough myself yet. What I can say is that some very dark themes are being approached by this title, suicide being one of them. This is reflected both in the bosses you face and an interesting and lethal mechanic that Revita employs. Something I think that’s important to note is that Revita isn’t a depressing game. For all the danger and lethality present here, this title is bright and cartoony. You’re fighting bosses with names like Denial and Anger but you’re beating them, which sends a real message of hope as you play. 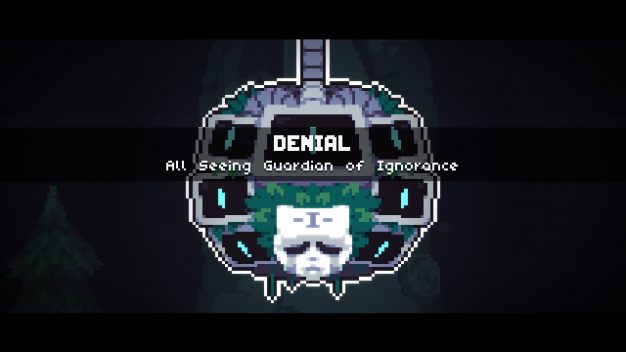 The mechanic I’ve just mentioned is one that puts your character’s life in balance at all times. In Revita your life is a currency. This means that if you want to buy an item from the shop or gain a passive at a shrine you have to pay for it with hearts. The more hearts you spend at a shrine the better the ability you gain. You have to be able to survive, though, which makes the risk to reward question even more important. The same applies to upgrading what you have. You’ll find a blacksmith on the train in between levels. His services don’t come for free though unless you’ve acquired a hammer or two on your travels. He will help you to make the abilities you’ve acquired more powerful at the cost of some of your life. 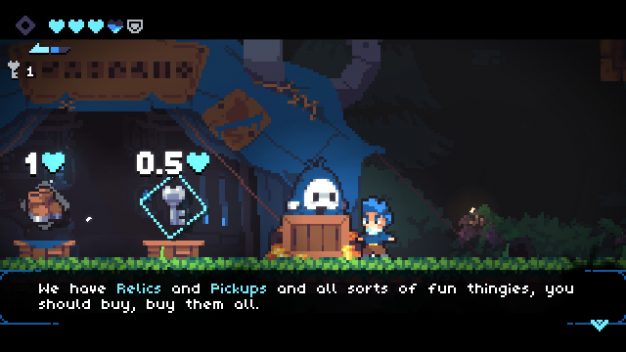 The shops are great. The wares come at quite a price, though.

On top of the slightly unusual bartering system present in Revita, you’ll also lose full heart bottles as you go. This creates a real sense of danger as you play. In other games, this would be the final straw as you’re taking a mechanic that’s going to make an already tough game more difficult and putting it on steroids. In this particular case, it all fits. By paying to better yourself in the game you’re already committing suicide, losing those hearts reflects just how difficult the journey is and your character’s drive to continue. The flip side of all of this, though, is that other thing I mentioned earlier. There is always hope. 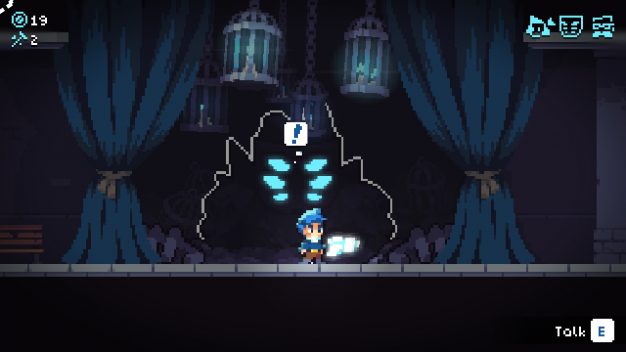 The Imprisoned might just be locked away for a reason.

Revita uses an interesting healing system. You don’t collect potions or heal at given points in the game; instead, you can self-heal. You gain energy based on creating kill streaks and generally doing well. This can be spent on refilling your heart containers. The better you do and the less life you lose the more likely you’ll be able to keep those containers topped up. There are also means of pulling back empty containers that you’ve lost so as not to make the game completely impossible. Revita is a game that’s crammed with metaphors and everything fits really nicely. As I say, the ideas being used in this title wouldn’t work in other games in the roguelike genre but they’re ingenious in this one. 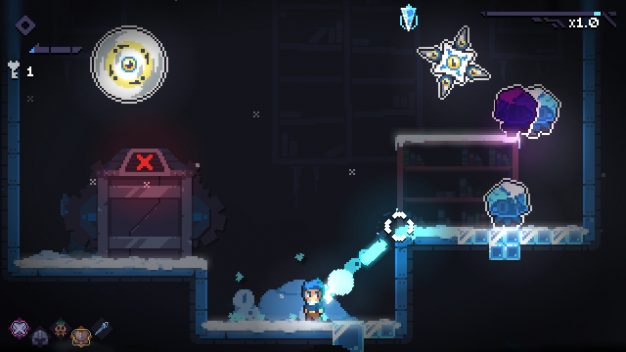 Revita is a twin-stick shooter, so in essence, really needs a controller to play smoothly. This being said, the control setup isn’t overly complex so I can’t see this as being impossible to play with a keyboard and mouse. I think this is important to mention because too many PC games are becoming controller heavy and for me at least, a gamepad should be a useful peripheral on the PC, not a must-have; this is what we have consoles for. 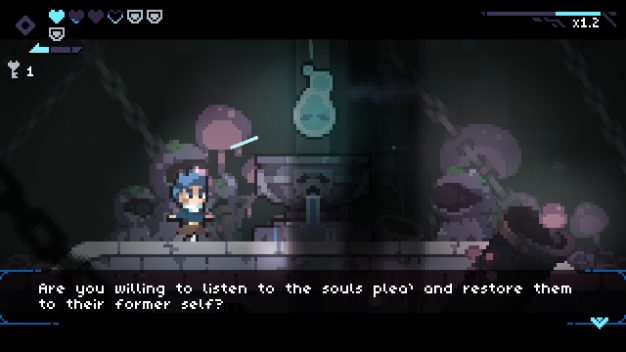 Other than the controls Revita is a beautifully crafted game. This title looks gorgeous and the sound and effects are all very fitting for what’s being portrayed. Most importantly Revita runs as smooth as butter. I never felt like I’d died because of a glitch or because anything in the UI was making things awkward. I mentioned this earlier but this game feels like an arcade action-platformer in the truest sense. 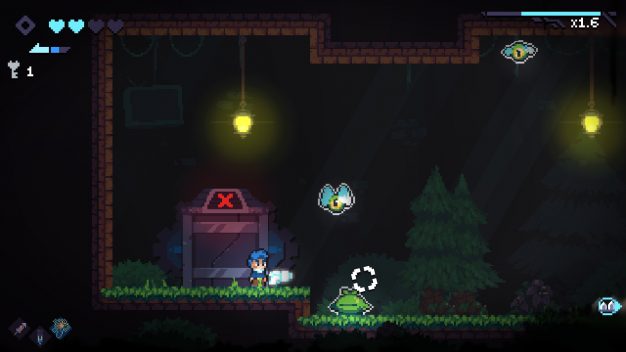 If you’re a roguelike fan looking for a new thrill, Revita is definitely a great way to go. I can’t think of another game to directly compare this one to because it’s so different mechanically from most of the others that I’ve played. For the pure addictive value, I’d pop it into the same boat as something like Enter the Gungeon but honestly, the two titles are only similar in that sense. This is a game that feels like it was made by one of the major dev companies, not the small indie developer that masterminded it. For that reason alone this is one that’s well worth adding to your library.

Fighting for the win

A mission of hope

Revita is a brilliantly created and thoughtful roguelike. The themes are dark and the difficulty, as with so many of these games is crushing. If either of these things is going to put you off you’ll want to steer clear here. For the rest of us, this is a brilliant library addition for fans of the roguelike genre and action platform fans alike.