I sort of missed the boat when Super Mario Maker came out for the Switch. I like the Super Mario series, of course, but there were so many other games I wanted to try, and I wasn’t confident in my stage building ability; it just wasn’t high enough on my list. But, needless to say, I’m diving straight into the phenomenon this time. With the portability of the Nintendo Switch and the addition of several new features, Super Mario Maker 2 is set up to be Nintendo’s big summer game this year, so let’s dive into the successor to what some call the Wii U’s killer app. 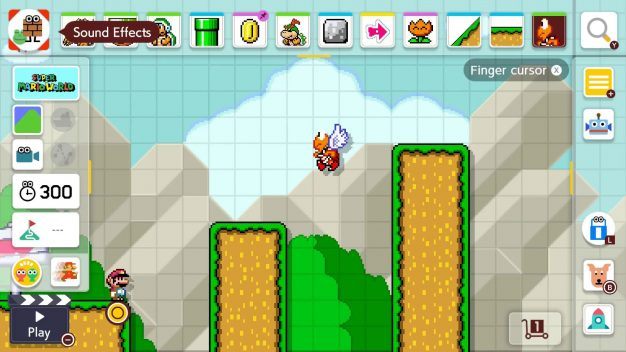 Super Mario Maker 2 doesn’t stray too far from its predecessor. The design mechanics and gameplay have, generally speaking, not changed much. Given the success of the original, it’s probably just as well they didn’t tinker with the formula. Building stages is still fun and, at least in theory, fairly straightforward. This time around, because the Switch only supports one screen at a time, players have to choices for how to build. Obviously it’s a lot easier to place parts and navigate when using the Switch’s touch screen in portable mode. But one can also build in docked mode using a controller, and it works better than one might assume. You lose control, yes, but you gain screen space. It works pretty well either way, and I’m happy to have the extra option. The only major problem when building is that there are no tutorials. There are videos that show off how some pieces work and techniques for advanced level design, but there’s no easy way to see a quick description of how a part works. The best way to learn is just to play existing stages and see how other creators use the parts.

Speaking of which, it is slightly easier to find stages in the online Course World than it used to be. Creators can apply keywords to their uploaded levels, and the codes used to share them are shorter than they were before. A simple text search would be nice, but I’m guessing that the sheer volume of levels would make that difficult. 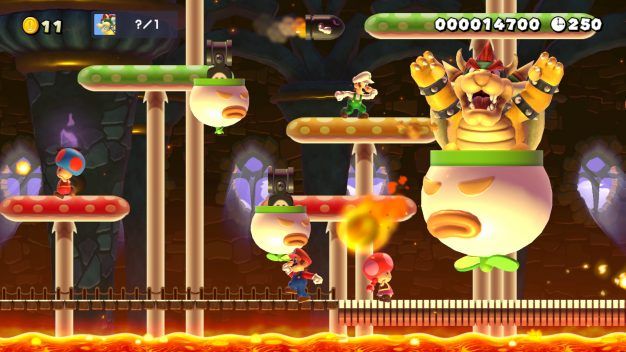 Because this is a sequel rather than a port of the original, Super Mario Maker 2 adds a number of new features. The biggest one is probably the Story Mode; while it isn’t quite a cohesive Mario adventure, it does provide plenty of content for offline portable play; while users can download levels, a portable version of Maker wouldn’t be worth it without enough built-in stages to play. These also serve to introduce players to new pieces and level design techniques, though they don’t make up for the lack of a tutorial. 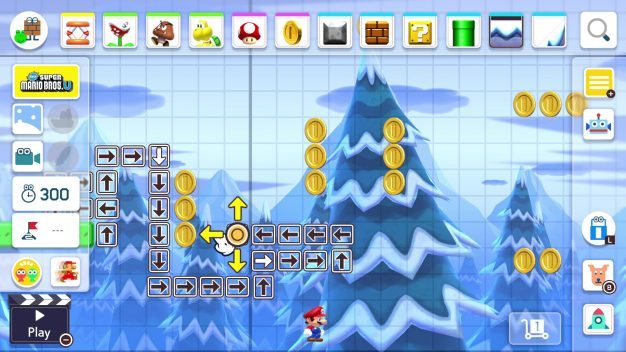 My time messing around with the level editor has been largely focused on trying out the sequel’s new features. “Flooded Forest” uses the new Super Mario 3D World game style, which introduces some of my favorite elements from the Wii U masterpiece. It isn’t as different from the other styles as you might think, but isolating it from the others allowed Nintendo to include new things without having to design versions for the other styles. Whether you look at it as an extra option or a sign of laziness, it’s my favorite style to work with. In any case, 3D World is a start, but I’d love to see an editor based on Super Mario Bros. 2. 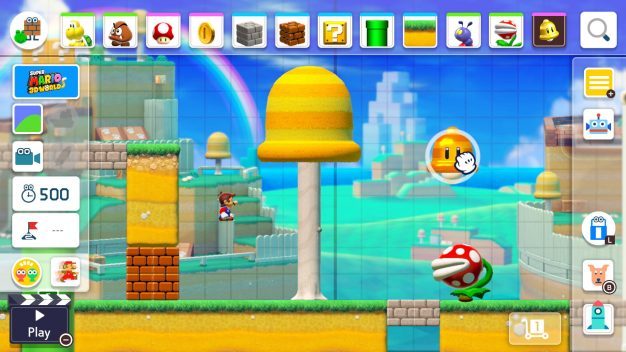 “Flooded Forest” also shows off the new Clear Conditions function. This opens the door to a wider variety of levels and challenges, but it also can be used to make level building a little bit easier. When the goal is to collect coins, for example, the stage doesn’t have to be linear. With this in mind, my friend and I made this course in about twenty minutes. We also got to include my favorite Mario character, Meowser,  so I was pretty pleased with the result.

The next stage I built serves as a sequel to the only stage I ever uploaded in the first game. “Size Matters: After Dark” is named after its focus on Mario’s three different sizes (more on that in a moment), as well as its use of the new Night Mode mechanic. With the introduction of the Angry Sun enemy, Nintendo also introduced a moon version, and placing it introduces Night Mode. Depending on what level environment you choose, this may create low gravity, cover up the screen outside of Mario’s immediate vicinity, or in this case, turn the game upside down. It’s a simple feature, but one that leads to some really clever levels. And of course, it leads to plenty of extremely challenging levels too. 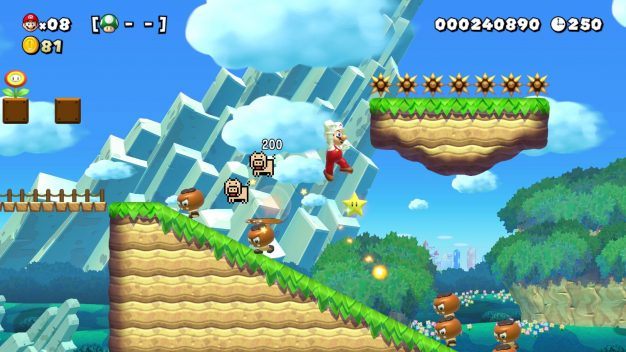 Unfortunately, “Size Matters: After Dark” also points out the biggest problem with the Switch level editor: the Mystery Mushroom and amiibo support are gone. No longer can you turn Mario into a different character with it’s own sound effects and animations. No longer can you tap an amiibo to unlock a new costume. Plus, the Big Mushroom (which previously came from the 8-bit Mario amiibo) has been nerfed; Mario can’t smash through walls in front of him anymore, and that makes it hard to build a level based on size. I have no idea why these ultra-popular features were omitted; even if they couldn’t bring back the third party costumes, the Nintendo-owned ones should have made a return.

I know I haven’t covered everything; there’s lackluster multiplayer and several other additions to the level editor. But this review is already too long, and the game is huge. It isn’t everything I wanted in a sequel to Super Mario Maker, but it is more than just a straight port. It’s already been fun seeing what creators can do with all of the new tools and options, and Story Mode is a nice refuge from the overwhelming Course World. My hope is that Nintendo ads more content to the game over time, as they did before. For now, despite the lack of Mystery Mushrooms, Super Mario Maker 2 is a worthy successor. If you’re purely a player and not a creator, you won’t get the consistent quality of a full Mario game here, but if you’re willing to put some work into it, you can still enjoy some awesome levels.