Tacoma, the latest game from the creators of Gone Home, is a unique sci-fi narrative that utilizes the environment, NPC conversations and genuine player curiosity to tell its story. You play as Amy Ferrier, an A.I. Communications Specialists. While her full name, title and the fact she’s from California is really the only thing you learn about her, it’s what she’s doing on the corporate-owned space station, Tacoma, that’s important. Amy was sent to recover Tacoma’s in-house A.I. unit, the Operational Data Interface Network (ODIN), and bring him back to the Venturis Corporation. 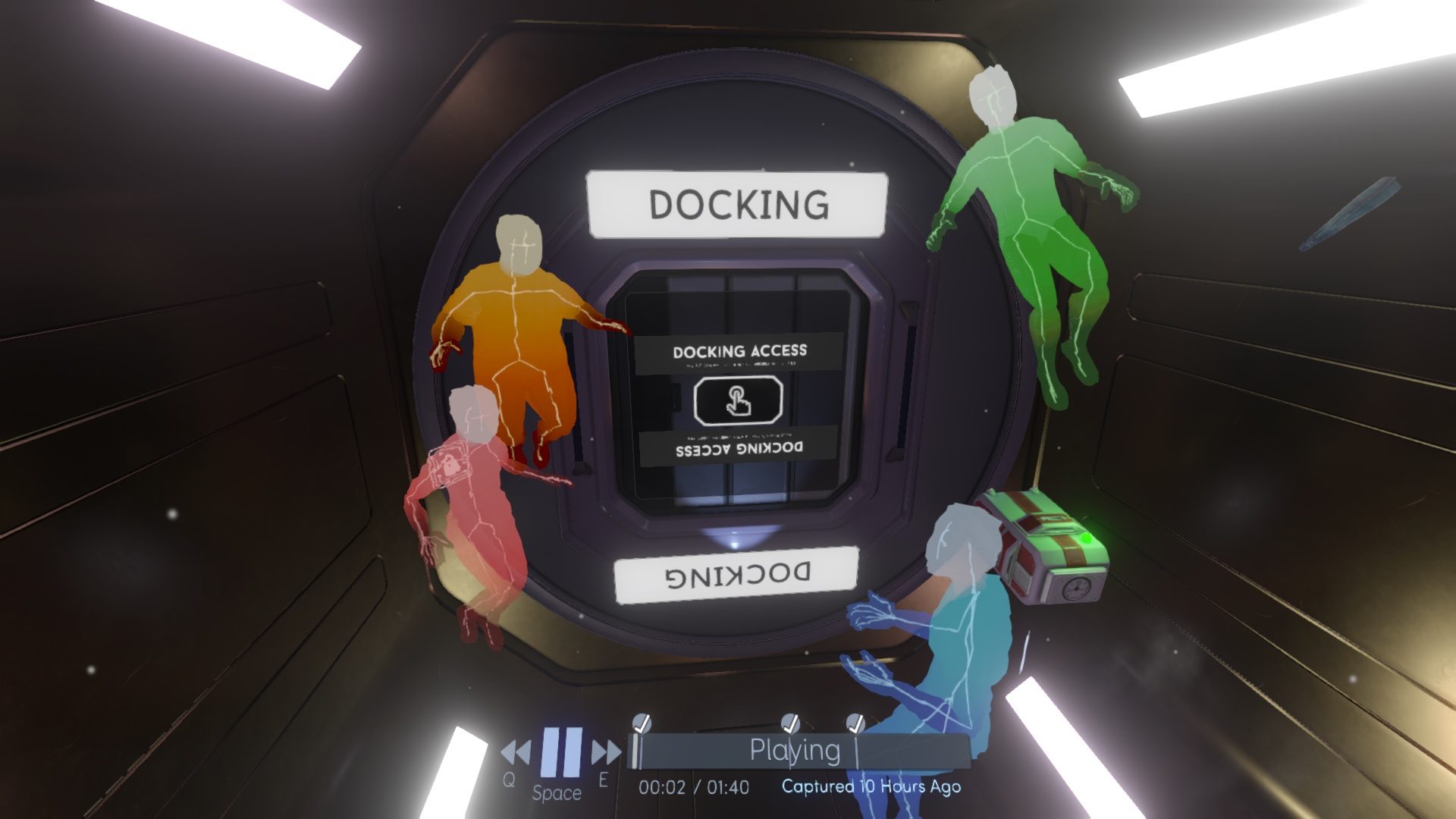 Shortly after Amy boards the Tacoma, the player quickly learns that something must have happened that the Venturis Corporation wants to keep under wraps. Amy receives an email telling her to ignore any remaining AR surveillance footage found within the station. She is also sent a privacy agreement from Venturis. How curious… 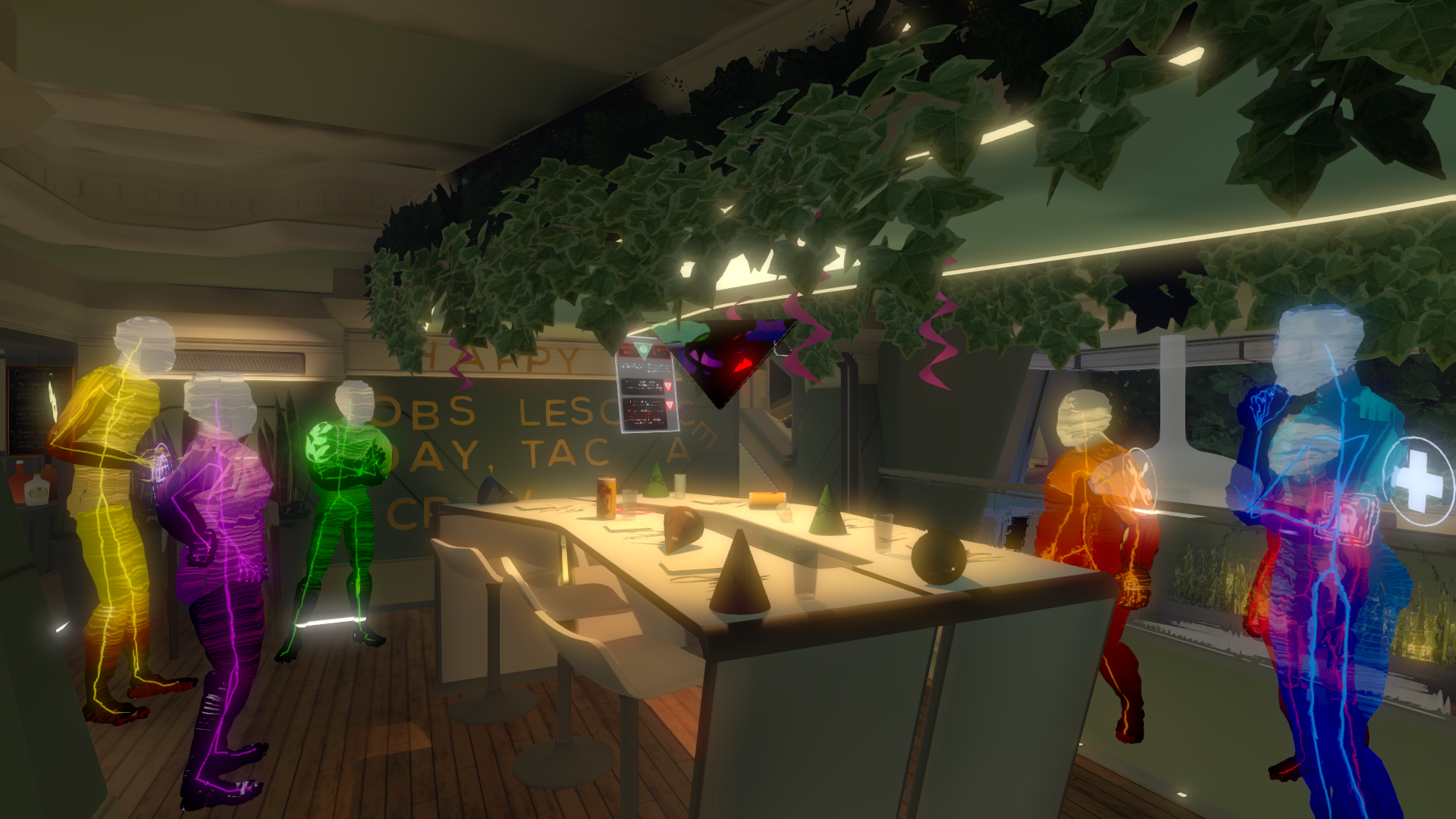 Through a series of digital conversations recreated through Tacoma’s AR surveillance system (that you agreed not to watch) and connecting a dot or two, players learn about what happened to the six Tacoma crew members who are nowhere to be found upon Amy’s arrival. Witnessing these conversations is the main aspect of Tacoma and is what makes the game so interesting. Players will literally have to follow the conversation as the crew members aren’t just sitting around talking. They’re constantly on the move, sometimes talking to themselves down a hallway or utilizing their AR interface to send someone an email. One crew member might talk to three other members in one recording; in three different rooms. 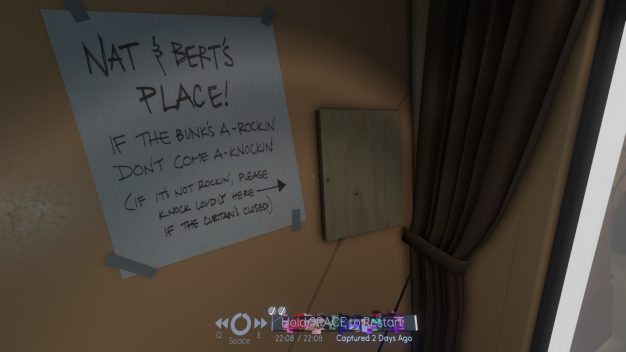 Outside of the AR conversations, players can have Amy explore each crew member’s work space and living quarters, as well as snoop through their email and direct messages to one another. While this doesn’t help solve the mystery as to what happened to them, it does give players additional insight into each crew member’s backstory. It’s in these rooms players learn that three of the crew members are gay, that two of them are married, why one of them has a heart problem, what the Venturis Corporation thinks of them…and the list goes on. I truly appreciated this humanizing element of the game as it allowed me to connect with each crew member and understand them more fully. 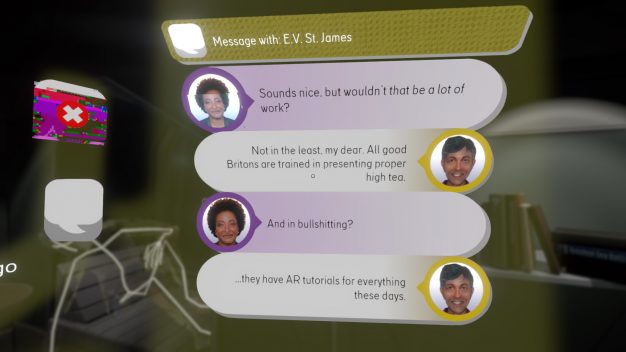 Tacoma‘s story was intriguing which motivated me to keep playing, there was a diverse cast of interesting characters, the graphics were pleasing and the controls were simple and very intuitive. Though not a long game by any means (3-5 hours tops), Tacoma does offer players a satisfying narrative with exceptional voice acting and light exploration. There’s even sign language used throughout the game, which is something I’ve never seen in a videogame before! As someone fluent in ASL, I was pleasantly surprised. The $20 pricepoint may cause some potential players to shy away. If that’s you, definitely wait for Tacoma to go on sale as this is one narrative adventure you won’t want to miss!

Tacoma is an excellent addition to the fast-growing narrative adventure genre. And though it’s light on content, it’s big on gameplay.

I hope Fullbright makes a sequel in the future.