It seems like the battle for console exclusives between Microsoft and Sony is fiercer now than ever before, and that means that each exclusive tends to get a fair bit of attention. That’s probably why The Gunk, an action platformer from developer Image & Form and publisher Thunderful Publishing was marketed the way it was. Its atmospheric art style no doubt helped as well, making the game look like quite a get for the Xbox platform. I know I was sold when I saw the first trailers, and while it obviously took me longer to do so than I originally expected, I’m finally ready to give my thoughts. 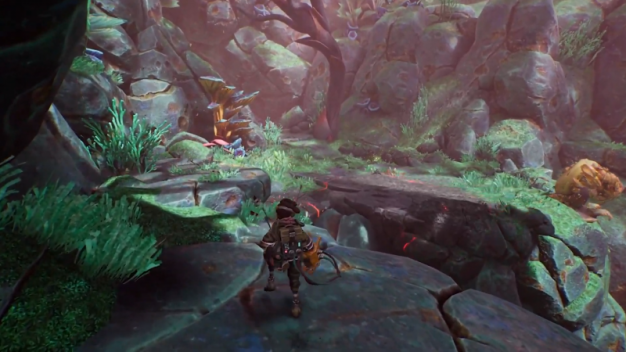 The visuals are probably what grabbed my attention most when I started playing The Gunk. It’s clear that a lot of love went into crafting the game’s setting, both the dark and corrupted areas and the lush green sections. The native plants and animals stand out as being unique, but not so crazy that they take attention away from the overall feel or the gameplay. Part of the fun of sucking up the game’s titular “gunk” is watching the surrounding area turn from dark and dead to bright and colorful; it really is just great to look at. When it’s running at a smooth 60 frames per second, it’s that much better; The Gunk benefits from the higher frame rate more than I figured a game like this would. The visual splendor was expected, but what did surprise me was the gameplay. From the trailers and screenshots, I was expecting this game to be focused on exploration and maybe survival. The early introduction of collecting materials for crafting certainly nods toward the latter. But for the most part, The Gunk is actually a short, very linear platformer. There’s some very light action, and some slightly frustrating navigation and puzzling, but for the most part it’s all linear. Now, I don’t necessarily consider this a bad thing; I like linear games sometimes. But it’s not at all what I expected, and from the reviews I read closer to release, I wasn’t alone. Once I got my bearings, though, I did actually have fun platforming around this world and sucking up gunk. If you go into it knowing what to expect, it is worth playing. 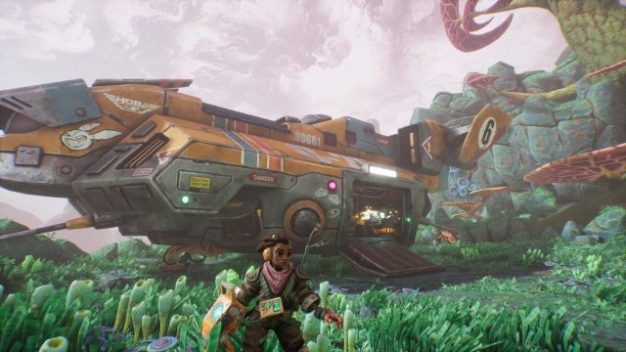 Despite that, though, there are some questionable design decisions that hold it back from being a higher recommendation. As I mentioned, while travel is mostly linear, there are sections that require more complex navigation. And as beautiful as the game world is, a lot of places look identical. As such, a map would help a lot, and there isn’t one. You can’t even double check your most recent quest after it’s been given. I have no idea why the developers decided to go this way, as it makes certain areas more frustrating than fun. The need to look for components to build upgrades also feels like something of an afterthought, but it doesn’t impede gameplay as much as not having a map does. 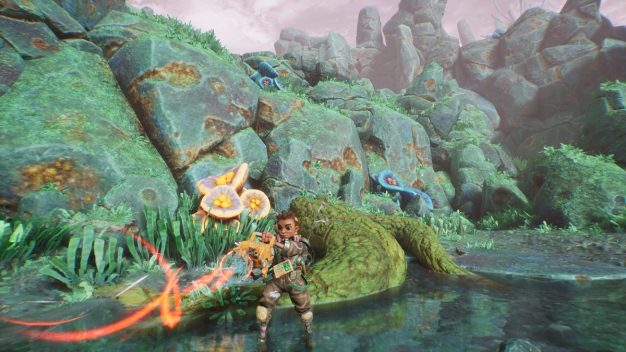 So, can I recommend The Gunk? While it isn’t what it might appear to be at first, I do think it’s fun to play and looks amazing. If you’re looking for something to show off your fancy new console or screen, you could do a lot worse. If you know what you’re getting into, I think you will enjoy it. Just make sure to watch your step so you don’t get lost.

Worth digging past the gunk