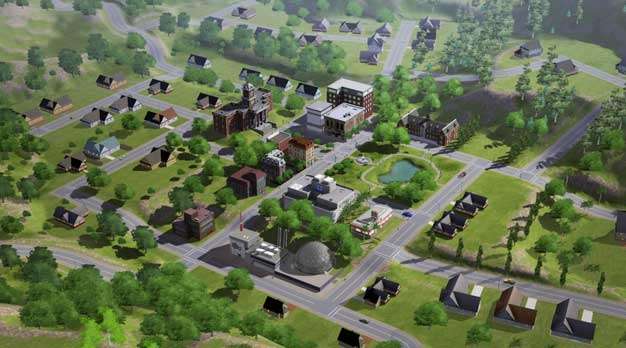 Chad is sobbing on the floor of a small room. Curled up in a puddle of his own pee, he is slowly starving to death. I did this to him. I lured him into that room and then removed the door. Just so I could watch him die.

I’ve massacred, looted and blown up Megaton, I’ve harvested every Little Sister I’ve ever encountered, and I sprayed Wrex’s brains out all over the sand. In short, I’ve made my fair share of evil videogame decisions. But this one felt different. This one actually resonated a little. I’m sorry Chad, you’ll be sorely missed.

Perhaps the reason for my pang of guilt is that I created the little guy, I gave him life. Like all other Sims, Chad was made in the Sim Creator, a hugely impressive tool that manages to offer a massive amount of customization while remaining highly accessible. The diversity of options available is far in excess of The Sims 2, and fiddling with them all is still great fun. I spent ages finely tuning Chad’s face, his build, his genes and his clothes, and sent him out into the world full of hopes, dreams and aspirations. If only it didn’t end so badly. 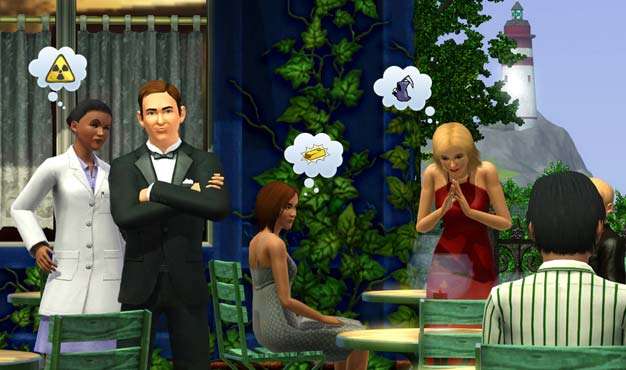 The Sims you’ll craft and nurture are staggeringly well-realized. This is due largely to the customizable character traits you can ascribe to your creation, and how well those traits translate into their personality and their interaction with others. There are around 60 traits you can choose for your Sim, allowing you to create a character that’s a clumsy couch potato with commitment issues, a neat neurotic who’s never nude, and innumerable other combinations. The permutations are truly impressive.

Little Chad was a natural cook, who also happened to be incredibly clumsy and a bit of a loser. This meant that he could cook a mean pancake, but had an unfortunate habit of setting the kitchen on fire. It was an adorably human weakness.

In previous The Sims games, what followed the creation of your character was usually a slavish devotion to their damn bladder. While trips to the loo are still a consideration, it won’t dominate your time with the game as before. Indeed, if you set your Sims free will to full, they will take care of not only their own bladders, but their other immediate needs too – Social, Hygiene, Energy, Fun and Hunger.

This means you’ll have more time to see to your Sim’s wishes. Wishes replace The Sims 2‘s fears and wants as the goals your characters work towards. They come in two forms. Normal Wishes are the short-term, relatively minor tasks like improving a skill or making the bed. Completing them will amass Lifetime Happiness Points that can be used to purchase useful in-game perks such as Feritility Treatment – increasing your chances of twins or triplets, or a Teleportation Pad that allows you to quick-travel anywhere on the map. 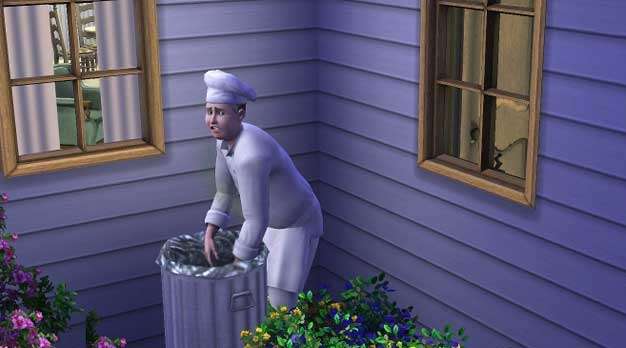 Lifetime wishes, meanwhile, are chosen when you create a Sim, limited by their personality traits. Chad wanted to be a Celebrated Five-Star Chef. We did everything we could to guide him towards his goal. We got him an entry-level job as a Kitchen Scullion at Hogan’s Deep Fried Diner, taking orders from bossy chefs. He worked hard and did his level best to suck up to the manager. It was a tough job, but he eventually made his way up through the ranks. I can’t tell you how proud of the little fella I was when he made it to Line Cook. Ah, good times.

Somewhat disappointingly, I never got to see inside Chad’s workplace. Unlike the isolated environments of its predecessors, The Sims 3 features an open world, bereft of pesky load-screens. It is perhaps the game’s most significant improvement. This seamless world enhances gameplay dramatically, allowing you to go wherever you want and visit whoever you want. In addition to this, just like The Sims 2 expansion, Free Time, NPCs will now age alongside your character/s. The pay-off, however, is a lack of workplace interiors. Engine limitations mean you’ll only ever see inside homes.

It’s far from a game-breaking omission, however, as you will find yourself joyfully locked into managing the compulsive cycle of events in your Sims’ lives. Events lead to wishes, which in turn lead to more events, and on it goes. As your Sims progresses and age, you’ll want to fulfill their wishes, you’ll want them to get that promotion, find a partner, have children and the miriad other possibilities. You want this because you know and understand them. You are invested in them. You don’t find that in many other games. 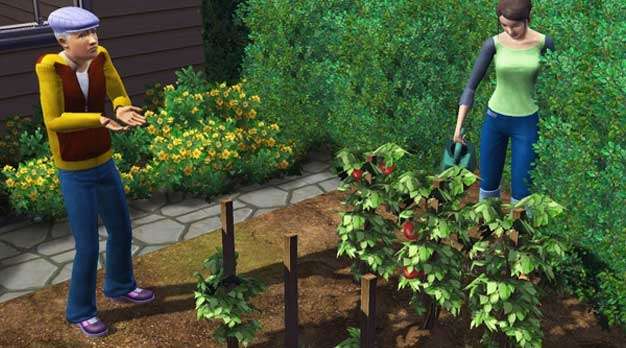 Ultimately, what you are presented with is an incredibly slick upgrade to The Sims‘ blueprint. It somehow manages to offer more customization, more realistic Sims, more community tools, and an open world for your creations to love, live and die in – while remaining incredibly easy to use. It’s a marvel of design. In addition to this there are many minor improvements, impossible to list in their entirety here, that will be welcomed with open arms by The Sims hardcore. The ability to place furniture diagonally, the depth of the Create-a-Style tool, improved pathfinding, spontaneous socialising; all these will be gladly received. Simply put, it’s the best The Sims yet.

So if I enjoyed the game so much, and was so attached to Chad, why did I choose to end his life in that windowless, door-less room? I’ll tell you. His life was taking over my own. You see, just like previous entries to the series, The Sims 3 is horribly addictive. Minutes become hours, meals get missed and wives get angry. If things had continued this way, I may well have ended up in my own puddle of pee. It had to end. So Chad, haunting the confines of your little room, this review is dedicated to you. Thanks for everything little fella. R.I.P.