Ever wonder how a roguelike first-person shooter would play out? Well, Void Bastards is exactly that: a game inspired by the BioShock series and System Shock 2 described as a strategy-shooter. Developed by Blue Manchu, the one behind the tactical game Card Hunter, Void Bastards got the backing of the prestigious Humble Bundle (the website that sells videogames where a portion of the profits go to good causes) as its publisher.

In Void Bastards, the pivotal character isn’t the one you control, but rather this eccentric human resources robot that has control over a bunch of prisoners to do its bidding. You are the prisoners; controlling one at a time while completing tasks for the HR bot like collecting a line printer or something else menial like that. While the tasks are mundane and boring, achieving the tasks are a different story. You see, the prisoners have to ransack these out-of-commission spaceships and navigate the dangers within them. 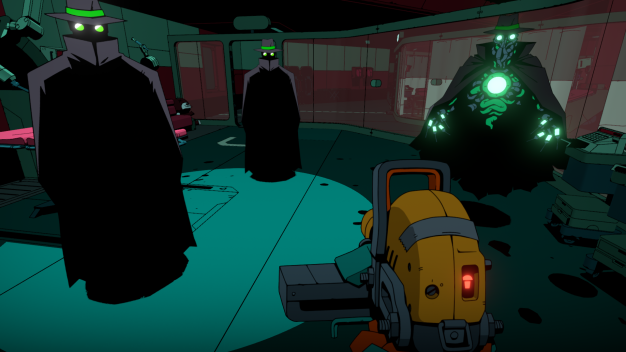 Automatic gun turrets waiting for any movement to gnarly space pirates who are also ransacking the ships are just some of the dangers waiting for you in Void Bastards. Not only that, the ships contain so much oxygen for you to breathe, so if that runs out, well buddy, you’re dead. Also, did I mention exploding ectoplasm? With many things to potentially kill you, you should fret not, because if the prisoner you’re controlling dies (and death is inevitable, even the game tells you), another prisoner will come out of hibernation to continue the tedious task your predecessor was given. 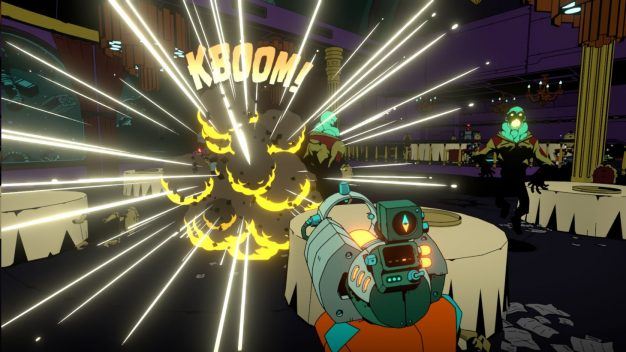 As with any other roguelike game, each prisoner is unique in some sort of way to give you that feeling of novelty after each untimely death. The uniqueness comes in the form of genetic traits, and as we all know about genes, some are awesome (hello piercing blue eyes) and some are shitty (boo diabeetus). In Void Bastards, your prisoner may inherit an incessant cough from smoking so much, so trying to be a sneaky kitty to collect those fuel cans may not be a winning strategy. Your prisoner, however, may have such great aim that sniping headshots are so much easier.

The strategy component of Void Bastards comes from the different ships your prisoners will be scavenging. Each ship has some travel requirements, and those come in the form of food and fuel tanks. The ships contain scraps and parts to salvage, and these ultimately are the items that will help you build your arsenal against enemies. From makeshift grenades to staple shotguns, obtaining the items needed to build these will need some strategic thinking on your end. You can’t just jump to any ship at your whim to collect that AA battery for the laser cannon, you will need to collect food and fuel tanks from a bunch of ships before you can do that.

In all, Void Bastards is a good roguelike FPS game. It’s a game where you can easily spend half an hour to eight hours and feel accomplished either by picking up a few food items or completing that fancy new shotgun. It’s also one of those games where you actually have to think about your plan of attack in salvaging the ships: Is it better to pick up those batteries from this ship or maybe the ship with a bunch of fuel tanks will make traveling easier? At the end of the day, as long as you’re pleasing that HR bot, your prisoner may earn freedom one of these days.

-Trait system may give bad genes making the game punishing