So, right off the bat, I need to tell you my perspective before I go into things. Because this console launch is different from anything we’ve seen before: there was a significant mid-generation upgrade in the Xbox One X, there’s a less powerful version in the Xbox Series S, and with an older TV, you won’t even be able to experience what makes the new console different. All of this is why the Xbox Series X is a bit confusing, both to review and to consider buying. Before the Series X, I had the launch model Xbox One. I’m talking about the original one, complete with the Kinect. So for me, this is a complete generational jump. My TV doesn’t support 4K or HDR, but it does support 60 FPS. Keep that in mind, because it all makes a difference. That said, let’s start by looking at each feature and aspect of the console that may impact one’s decision to buy it. 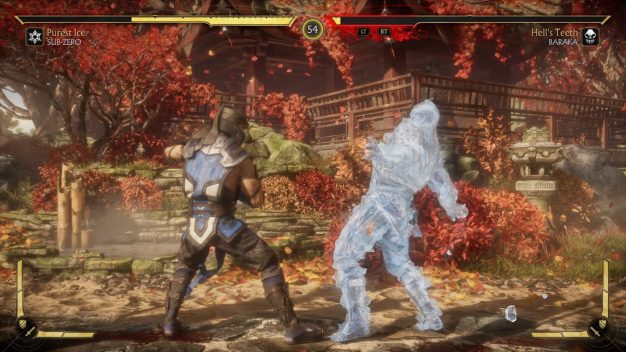 Like I said, I don’t have a 4K TV, but I can still notice a significant improvement in games that I’d previously played on the Xbox One. The jagged edges that plagued a number of games on the older console are now a thing of the past; the environments in Tony Hawk’s Pro Skater 1+2 are no longer so distracting, and I can only imagine how much sharper it all looks in 4K. This is also my first chance to experience many games running at 60 FPS, and the smooth motion makes everything flow extremely well. But as awesome as it is to see such fluid motion as I play, the unsung heros here are the lighting effects. I admit, I don’t know what “ambient occlusion” and “ray tracing” actually mean, but I know their effects when I see them. And I know that the Series X has breathed new life into Immortals Fenyx Rising, the lighting in which creates an unbelievable fantasy landscape. 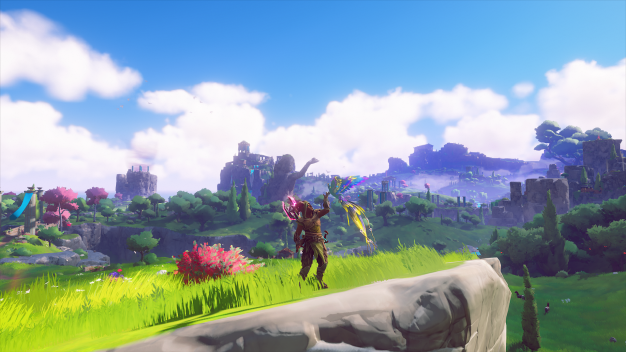 It’s not all sunshine and rainbows, mind you. I still see a rare jagged edge once in a while in very extreme cases, and some games have dips in the frame rate. It’s also just too early to tell how much developers will be able to get out of these capabilities when designing only for newer consoles; right now, as with the last generation, the visual differences are more subtle. But I can already tell the difference, and that’s a great start. 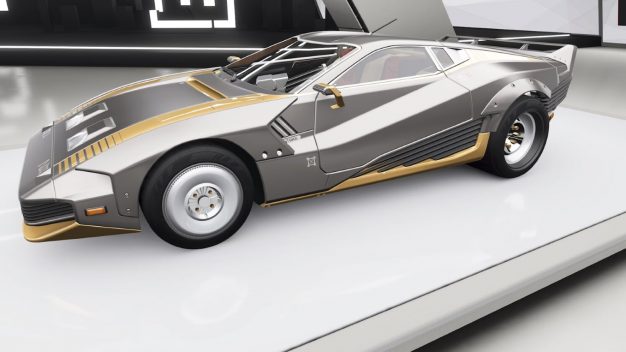 Make no mistake, you’ll still see loading screens on the Xbox Series X and the Playstation 5; we aren’t quite far enough along yet to eliminate them. But staring at them endlessly is a thing of the past, as games designed or updated for the Series X load incredibly fast. I remember I used to hesitate whenever I considered playing Forza Horizon 4 because it took forever to load; now, not only can I skip past the opening logos and jump right into things, I can swap cars pretty much instantly. The much-touted Quick Resume feature is also exciting; it supports even non-optimized games, letting you pick up where you left off, and loading very quickly in between.

Of course, as is well known by now, there are a few snags with Quick Resume. A few optimized games don’t currently support it, and it’s not clear how many games it can support at a time. There’s also no warning when it’s going to drop a game. I haven’t had any issues with this so far, though. The bigger problem is that all this speed and efficiency only works when games are installed to the Xbox’s internal SSD, and that drive will fill up fast. Then, you’re left with the choice of using an external drive (for backwards-compatibility games only) or paying $200 for the official memory expansion card. Here’s hoping yh4 p48ve goes down. In the meantime, I recommend using an external drive for older games you don’t intend to play much, because space on that SSD is precious. 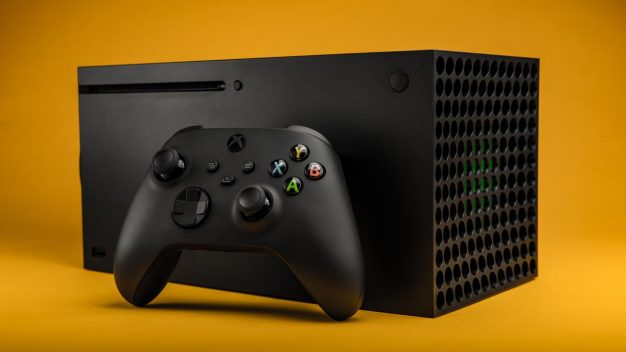 This section is going to be incredibly short; the controller has not changed much. The shape and design are pretty much the same, and there are no fancy bells and whistles here; no additional haptic feedback or anything here. They didn’t even replace the AA battery slot with a rechargeable battery, for some reason. But, that doesn’t mean the controller is *exactly* the same. The back of the controller and the triggers have a rough texture that makes it easier to hold, and while it may take a bit of getting used to, I do like it. The new d-pad makes an even bigger difference though; its concave design and clicky switches are perfect for fighting games and the like. That’s about all there is to say, though.

On the subject of controllers, though, I will give Microsoft credit for keeping the Series X compatible with all Xbox One controllers. Not only does it mean that Xbox One owners don’t need to buy extra controllers, but it also means that specialty controllers don’t need to be replaced. Things like racing wheels, fight sticks, and even the Xbox Adaptive Controller are expensive as hell, so I can definitely appreciate not needing to replace those (even though I personally don’t have any of those.) 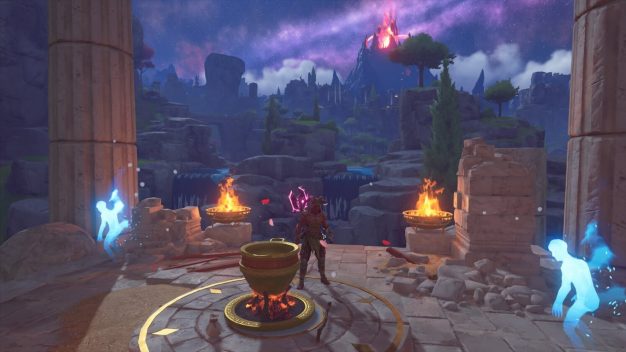 This is what it’s all about, right? After all, there’s no point in a console without good games to play on it. And here’s where we run into a problem: the Series X doesn’t have any exclusives at launch. And this isn’t a console wars situation; the PS5 doesn’t have any either, unless you consider a remaster of a decade-old game as an “exclusive.” This console generation, at least for now, is more of an upgrade than something brand new. That doesn’t mean there’s nothing to play, of course, and a few games have some impressive upgrades. I mentioned some of the best I’ve seen throughout this review, such as the amazing lighting in Immortals and the lightning-fast loading times in Forza Horizon 4. Other standouts include Gears 5 and No Man’s Sky, both available on Game Pass. And then there’s Cyberpunk 2077, a last-gen game that only works on next-gen consoles. The Series X is, from what I’ve seen and read, the best option for playing it on a console, which is something I intend to do. 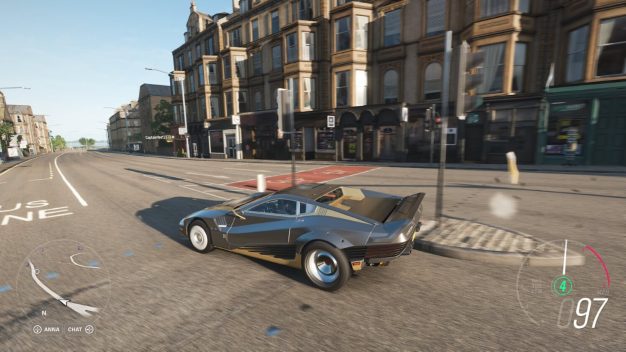 So, should you get an Xbox Series X right now? Probably not. It isn’t that there’s no reason to do it; even without 4K, I’ve greatly been enjoying the improvements to it. It’s an excellent console, and I’m excited to see what developers can do with its power going forward. The load times and Quick Resume are impressive, and the lighting effects are stunning. But for the price, I can’t say it’s really necessary. Full disclosure: I didn’t buy the Series X myself; I got it as a gift. And as a gift, it’s great. But there’s no reason to spend $500 on a console that doesn’t play anything you can’t play somewhere else. If you’re an early adopter with a 4K TV then you’ll probably be decently satisfied, but for the average gamer, I would recommend waiting until developers start putting out games that really leverage the new hardware…and maybe for a price drop. All of that assumes you can even get your hands on a console, which is quite difficult at the moment. So, while it makes a great gift and has incredible potential, you might want to save this one for next Christmas.