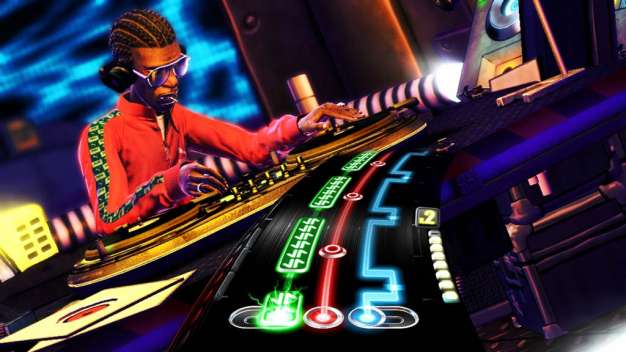 According to UK retailer ShopTo, DJ Hero is going to cost the British an eye-watering £107.99. Speaking to Eurogamer, ShopTo revealed Activision set the recommended retail price, equating to around $178.

For that princely sum, British gamers can expect the game disc and the turntable peripheral. Surprisingly, the turntable is made from plastic, and not pure gold.

Unfortunately, UK gamers have always payed over the odds for their goods. The most recent example is the UK release of Rock Band from EA. For all of the instruments and the game Brits had to dish out £180 ($297.30), more than double the U.S SRP of $169. Ouch.

Of course, a suggested retail price is just that, suggested. Eurogamer are also reporting that HMV is “going with its own price on this,” and offering the bundle at £99.99. Other outlets have yet to comment, but don’t expect any massive discounts.