Platformers have always been designed for gamers that love pain. Over the years we’ve gone from throwing cute animals into mortal peril to … well … throwing lumps of sentient meat into mortal peril. The most notable change, however, is that they’ve gone from the mildly aggravating level of difficulty that we were all used to as kids, to the twitch perfect, pin-point accuracy needed to even stand a chance in modern titles. This is a genre that’s seriously grown teeth and gamers can’t get enough of it. So let’s combine said cute fluffy creatures with the vicious difficulty demanded by the current climate. What do we get? Carpal Tunnel! Oh, and Rift Racoon, the game we’ll be looking at together today.

Rift Racoon is due to bounce onto your screens tomorrow, (May 12th,) for the princely sum of $4.99. If you own a console and like a good platformer you’ll all be getting your chance at investing in this one. Rift Racoon is becoming available digitally for Switch, PS4 and 5, Xbox One and Series S/X so literally, nobody is being left out. 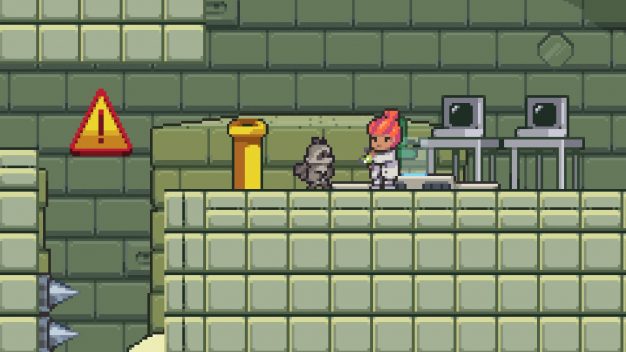 So, Rift Racoon is an intense precision platformer featuring a lost racoon called Tucker. What’s particularly cool about this missing mammal is that he has teleportation powers. These skills allow him to warp through obstacles and across large pitfalls. You’ll have to harness these abilities to their fullest if you are to make it through the 50 cleverly designed levels that Rift Racoon has to offer. 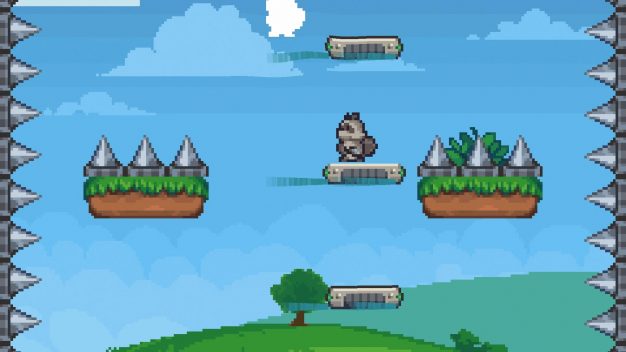 Tucker is a very special racoon but he’s still a racoon. This being said, aside from the cool warping abilities, he’ll need to rely on his more natural talents to claw his way up walls and leap over deadly spikes. I think I’ve made it fairly clear that the levels are out to kill you but did I mention the psychotic robot? I didn’t? Yeah, a mysterious mechanoid is chasing you so you’ll need to avoid that as well. 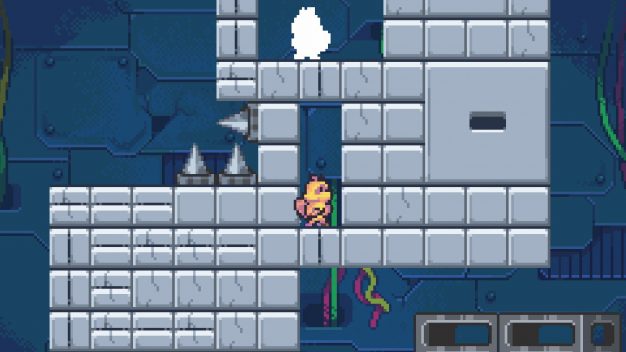 Rift Racoon is not going to be an easy ride. The levels you’ll be facing have been designed to tax even the most skilful platform aficionados. This being said, you can expect to die … a lot. Part of the fun is going to be trial end error as you warp straight back into the action and hopefully learn from your mistakes. With controls that are easy to learn but tough to master, you’ll absolutely need to have your game on if you’re going to earn your stripes and get Tucker out alive. 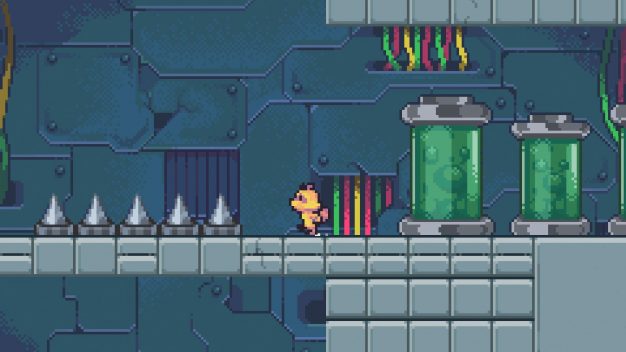 Rift Racoon might just be the next time sink you platform addicts are looking for. If you really like the pain of throwing a fuzzy new friend into pointy objects until you learn not to, this could be a fun and inexpensive way to go.